When the “Denham for Congress” signs pop up all over Modesto, it must be election time. Mr. Denham may not accomplish anything in Congress, but he’s great at placing signs in public right-of-ways. With Congress still garnering single digit public approval ratings, Mr. Denham is again facing opposition. Three opponents are listed on the June 2016 ballot—one Republican and two Democrats. None of the opponents has operated a high profile […]

We strongly favor Measure G and those who support it. Therefore, our choices for Modesto Mayor and City Council are Garrad Marsh, Kristi Ah You, John Gunderson, and Doug Ridenour. Doug Ridenour does not support Measure G, but neither does his opponent. We feel Ridenour’s experience as a Modesto police officer gives him the edge over David Wright, who has far less experience in local government. Arguments against Measure G […] 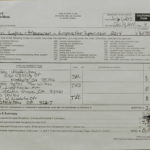 In his first term as a Modesto City Councilman, we thought Dave Lopez brought a welcome presence to local politics. His “everyman” qualities, gregarious nature, and love of Modesto made him an appealing representative of Modesto citizens. Over the years, Lopez began to look more and more like an opportunistic politician than the people’s representative. A nominal Democrat, Lopez endorsed Jeff Denham instead of Jose Hernandez in 2012—clearly a move […] 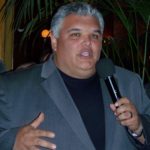 Dave Lopez has served for about seven and a half years as a Modesto City Councilman. He will be termed out at the end of 2015. He is running for mayor because he wants to clean up the town, and remove vagrants and litter. He wants to try new methods to clean up the city, including a get tough policy. He says inadequate attention is given to problems created by […] 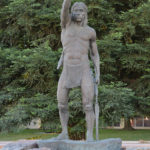 Former Modesto Mayor Carol Whiteside has proposed using the block currently occupied by the Stanislaus County courthouse and jail as a park in downtown Modesto. The block is bounded by “I” Street on the north, 12th Street on the east, “H” Street on the south and 11th Street on the west. The park would be modeled on San Francisco’s Union Square. At first blush, the idea sounds great. More green open space […] 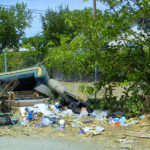 Ask any chief of police. If he’s honest with you, he’ll tell you most violent crime occurs in poor neighborhoods. He will NOT tell you that poor people are criminals any more than rich people. However, violent criminals tend to live in poor neighborhoods for economic reasons. Criminals may become violent when they think they have nothing to lose. Lacking the funds to buy mobility, many criminals tend to commit […] 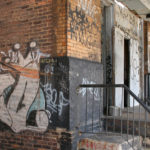 For over 30 years, various political groups and private citizens have worked for the preservation of farm land for future generations. With the current proposal by the City of Modesto to appropriate Wood Colony for an industrial park, now is a good time to look at the big picture of Stanislaus County’s economic development. The Economic Goal of Urban Developers The primary goal is to entirely destroy agriculture and replace it with urban development. Former Stanislaus County Supervisor Jeff Grover […] 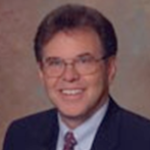 Roughly a year ago, Garrad Marsh and Joe Kieta took the helms of two of our most cherished institutions, the City itself and the City’s only newspaper. Faced with similar challenges in the form of falling revenue, reduced staffs, and a struggling economy, Marsh and Kieta have had only a year to turn things around. While neither has succeeded, it’s too early to count either man out. Here’s our review […]

Cartels in the Valley? Yes Long known for methamphetamine, opioids and marijuana made available by local gangs, the San Joaquin Valley now appears to be a favored drug market for Mexican cartels. Several brutal murders in the small Valley town of Goshen on January 16 led local authorities to suspect cartel members as the perpetrators. There is also some speculation that a cartel may have hired a local gang member […]

Cartels in the Valley? Yes Long known for methamphetamine, opioids and marijuana made available by local gangs, the San Joaquin Valley now appears to be a favored drug market for Mexican cartels. Several brutal murders in the small Valley town of Goshen on January 16 led local authorities to suspect cartel members as the perpetrators. There is also some speculation that a cartel may have hired a local gang member […]