A Community Advocate and Paralegal, Michael Baldwin Sr. moved to Modesto in November, 2018, following a stint of almost 27 years as an inmate of the California Department of Corrections and Rehabilitation (CDCR). While in the CDCR system, he resided at Corcoran State Prison and San Quentin State Prison, among others. Mr. Baldwin readily admits he was guilty of the crimes for which he was sentenced, but his story does not end there. He found the strength of character while in prison to refocus his energies on helping others, to redeem himself through service.  Upon his release, Mr. Baldwin immediately began working as a paralegal.  Since then, he has become involved in numerous community activities, contributing his expertise and insight whenever he can. 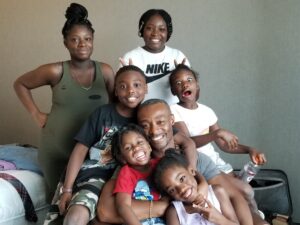 MB:  Yes, I work at the Law Offices of Tracy R. Lum, who actually hired me straight out of prison. She’s a parole attorney, one of the best in the state, so I still interact with inmates every day: when they contact the office I’m able to help them as they transform their own lives. They have to keep it real with me, because I’ve been there.  And I also help explain to their families what’s needed for their loved ones who are inside, and when families may be handicapping them. Plus, they remind me of where I’ve been.

I’m also the regional director for Mercy & Grace Prison Ministries. I train individuals who want to preach in prison. I train them on how to go inside and carry a message that can help those incarcerated.

It’s been really hard for inmates during this time of COVID-19. Men who were incarcerated for a simple prison sentence are now dying because they don’t have the ability to be socially distant from each other. They don’t have any visits happening, and phone calls are very expensive. So there are only limited opportunities for them to connect to their families. When I was in prison, I was blessed because my family could send me e-mails via Securus tablet technology for the final years I was incarcerated. Through e-mails, I was able to build relationships with my children. Most prisons don’t have that technology, so today I advocate for prisons to make that technology available for inmates.

VC: What other organizations are you currently working with?

MB: I’m also a professional development trainer for Modesto City Schools. I’ve been helping to train teachers on how to better identify trauma in youth and to acknowledge culture in the learning process. This generation is like no other generation we’ve ever had, because they have been a witness to so much trauma and violence. We have to teach them character-building and about restorative justice. We have to teach them that there are alternative ways to deal with conflict when they’re interacting with their peers and teachers. But the only way to do this is to empower our educators. Without this knowledge, our school system will remain a pipeline to prison. I am very pleased to have received rave reviews about the workshops we’ve been able to do for the educators.  Also, I recently started my own consulting business and am working with an organization called Life Moves, which finds housing opportunities for the homeless population. Miracle Messages, which is another program I am connected to, helps LifeMoves locate family and friends of the homeless client with the hope of rebuilding the relationship and redeveloping connection. I also work for a national advocacy organization.  I’m a resource for my community now, and that’s what I want to be.

VC: Please share some of your thoughts about systemic racism and police reform.

MB: We needed COVID-19 to expose us to the true pandemic that we’ve been dealing with for years, for centuries. Now we must muster up the courage to face it and change it.

The COVID -19 virus we can’t see. But we can see and experience this other pandemic. And we can absolutely do something about it, but it’s going to take vulnerability and sitting at a table with people who may not agree with us, and really asking questions. Because I believe the truth can handle a question – it is our lies that crumble with questioning. Many times we think that white people were not affected by slavery, and that is a lie. They were given this pandemic as a result of slavery, this seed of entitlement and privilege.  I believe that the power of slavery’s influence has affected all of us and that we have an opportunity to take a really good look and shine a light on our thinking. 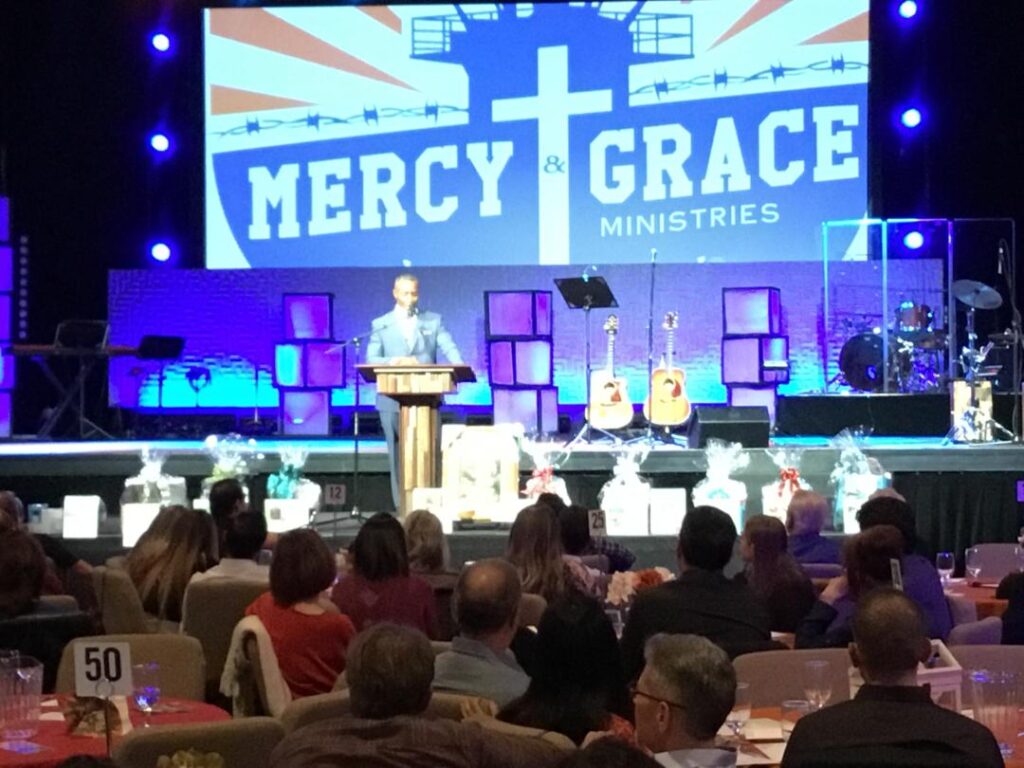 Black Americans have only been voting for 55 years. That means that we did not have a seat at the table when the structures that have been governing us were being made. Those structures are what we call systemic racism, the criminal justice system being one; “How could it not be bias if we had no seat at the table to establish it?” We need to correct that by having some honest conversations.  We need our lies to crumble as a nation; we need our lies to crumble.

I had a friend who called me a couple weeks ago and he was sobbing, and he said “Mike, it feels like a crime to be White,” And I told him, “I’m sorry you feel that way, but in a way I’m kind of glad you do, because that’s the way I’ve felt my whole life. I never wanted you to feel that way, but now you know what standing in my shoes feels like.” He and I had a long, empathetic conversation about race and the state of our country. It was a beautiful conversation, and it was shared out of love.  I believe that every human being on the planet has a core human decency in them that we can tap into — if we can question each other and hold each other to a place of accountability.

I disagree with the term, “Defund the Police.” I believe that we need to reallocate funds and build collaborative relationships with law enforcement; to say defund the police paints the wrong picture to the community.

Unfortunately, police show up at the worst times in our lives, so we identify them with our pain. We need them to interact with us on celebratory occasions as well so that we can build a community. We need the police to live amongst us. I need my neighbor to be a police officer and more of them to be black and brown. I believe that our police officers should be obligated to volunteer in the community — this would allow the community to give the police their badge again – so we can hold them accountable, and they us.  Law enforcement needs to hold their peers accountable. We need that to happen in our society, when we see violations of the law by our police officers we all need to be able to hold them accountable. I hope to one day to help bridge the gap between law enforcement and the communities they serve.

VC: Thank you Michael. We are inspired and gratified by your example.