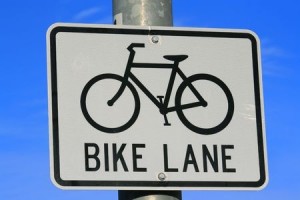 The City of Modesto recently installed bike lanes on Briggsmore Expressway between Prescott Road and McHenry Avenue. Some citizens have been wondering whether the expenditure represents the best use of limited public funds.

After a strong lobbying effort by bicycle riding advocates in the 1980’s, when Modesto’s General Plan was updated, bike lanes became a part of the process for infrastructure improvement. A bike path was built in Thousand Oaks Park, following Dry Creek. Eventually, the path was extended out to Claus Road.

When the General Plan was updated in the early 2000s, the advocates were still lobbying. They were asking why a city-wide bike lane network was not making the progress called for in the General Plan.

At the behest of the City Council at the time, City Manager Jack Crist implemented a program whereby whenever an arterial street is reconstructed or repaved, bike lanes would also be striped on the new pavement. The reasoning was that over time every arterial in the city would have bike lanes.

The program provided a way of creating bike lanes simply by using a little extra paint on each job. A grid of bike lanes would eventually connect every part of the community.

When the western section of the Briggsmore Expressway was repaved in 2014, the city followed the mandate of the general plan and the wishes of the City Council. The number of riders who will use the bike lane is not at issue. The logic has always been that the more bike lanes created, the more people will ride. When more people ride bicycles, there’s less air pollution.

Fragmented Bike Lane between East and West Campus of MJC

Bike Lanes as a Source of Revenue

The City of Modesto is occasionally able to secure grants from the State of California and the federal government to build new bike lanes. Funding for many of our bike lanes has come from sources outside the city. In fact, such funding often helps pay part of the cost of rehabilitating streets. Therefore, the construction of bike lanes has not come at the expense of fewer police officers and has not contributed to public service deficiencies.

Bicycle riding promotes good health and clean air. Other social benefits of bicycle riding should also be readily evident. Building bicycle lanes is a quality of life issue. Better communities build bike lanes. There probably would be more support for the program if citizens better understood it.