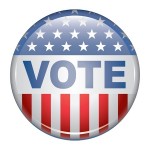 Lots of professional politicians get more mileage than they should out of the “I am not a politician” game, but Jeff Denham has refined the act to a science.

His most recent incarnation is as a “local farmer.” He acquired the local farmer tag when he reinvented his political career after being termed out of his previous office as a state senator. He’s also been able to fashion himself as a political moderate, mostly because of fawning local coverage. The truth is, he votes with the Tea Party 79% of the time.

Denham showed his true colors last year, when he voted for a government shutdown that hurt thousands of his constituents and millions of Americans. Though he represents a district that has been called the “Appalachia of the West” because of extreme poverty, Denham voted against the Supplemental Nutritional Assistance Program. Census data showed over 33,000 people in his district used the program in 2012.

Ironically, Denham’s opponent really is a local farmer, with Valley roots that go all the way back to his parents. Michael Eggman farms almonds and keeps bees. He understands the problems of farmers and farm laborers, and realizes how badly average Valley citizens are hurt when government fails.

It’s been a long time since Valley citizens have had true representation in Washington D.C. Let’s hope they remember who voted to shut down government and spread misery throughout the region.

When he decided to run for District Attorney, Carson’s role changed. Instead of defense, he went on the offense. His campaign has consisted of trying incumbent Birgit Fladager in the court of public opinion. It’s a difficult prosecution.

Carson has raised some important issues, especially those involving wiretaps—Fladager has used them more than seems reasonable. The problem for Carson is that it’s difficult for such issues to gain traction during a short campaign season. It’s nearly impossible when mainstream media favor the incumbent.

The local powers that Bee will never forgive Frank Carson for his successful defense of former Modesto Mayor Carmen Sabatino. Virtually the entire local establishment ganged up on Sabatino, most likely because he embarrassed too many people in high places by exposing their cozy relationships and conflicts of interest.

Carson took on what seemed an impossible case and won. He’s got a similar situation now. Fladager is a tough prosecutor who’s received a vote of confidence from her staff. There’s no question that Carson has exposed problems with her administration, but the public distrust of defense attorneys in general and the power of incumbency will likely work in Fladager’s favor when people cast their ballots.

Like almost all public servants today, Fladager has to deal with shrinking budgets and rising costs. In those circumstances, there are bound to be more problems than usual.

It’s easy to imagine Frank Carson mounting a successful defense of the many claims against her. He’s that good. Maybe that’s why prosecution is often even harder than defense.