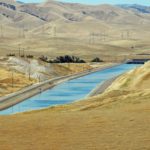 Only a few short months ago, Allen Short and the Modesto Bee were pushing the sale of “surplus water” to San Francisco. Short was then General Manager of the Modesto Irrigation District (MID). He departed under a cloud, partly because the sale proposal proved immensely unpopular with local farmers and partly because of an internal investigation yet to be revealed to the public. Despite Short’s demise, the Bee is still […]