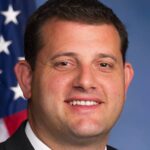 There has never been a greater betrayal by a President of the United States of his office and his oath to the Constitution. Liz Cheney Cynics are saying that when David Valadao voted to impeach Donald Trump — he was one of only ten House Republicans to do so — he was acting on a political calculation. Valadao’s 21st Congressional District is purple — its voting demographic is almost equally […]