Steve Ringhoff is an independent investigative journalist. See more of his stories here. Stanislaus County Sheriff’s Deputy Antonio Hinostroza was killed when his patrol car slammed into a signal pole at Claribel and Terminal south of Riverbank  on November 25, 2018 while speeding to join in the pursuit of a drunk driver. This week, the Central Division of the California Highway Patrol (CHP) released a 219 page final report fulfilling […] 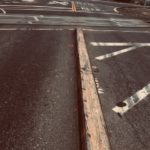 Steve Ringhoff combines an attorney’s regard for law with a journalist’s need to know as he investigates local news, most especially stories involving suspicious circumstances surrounding deadly events. Here, we reprint with permission his latest work from Modesto Explained. It’s been almost 11 months since Stanislaus Sheriff’s Deputy Tony Hinostroza was killed when his patrol car wrapped itself around a pole at Terminal and Claribel southwest of Riverbank and the […]

Retired attorney and investigative journalist Steve Ringhoff pursues the stories he believes the people need to know. Read more of his fine work here. –Deputy Sheriff Antonio Hinostroza’s case is rare, because his death was the first vehicle pursuit related death of a Stanislaus County Sheriff’s Deputy; and, even more rare because only about 1 percent of law enforcement officers are killed in those crashes which result in deaths each […]