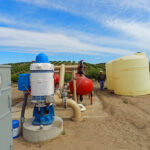 If one wants to know how bad a drought is, ask someone whose business it is to plumb the water table and test the effectiveness of wells and pumps. A gentleman in the business told this writer that he is busier than ever. Businesses that rely on well water need to keep the water flowing. Wells need testing to make sure they don’t go dry and to check pumps for […]

The recent deluge throughout Northern California has caused equal parts celebration and outrage. Celebration because it would appear to some the drought is over and outrage because those same celebrants are demonizing anyone who says we’re still in a water emergency. As always, the favored targets for righteous indignation are the government and, “those in environmental groups.” “Why would the state water board tell us we’re still in drought?’ asked […] 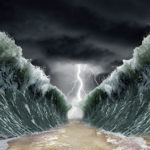 They’re still planting trees. Look anywhere around the northern San Joaquin Valley and you’ll see saplings—mostly almonds—being hurled into the ground like spears. This during the worst drought in memory. Most of the new orchards will have few or no surface water rights. They will be strictly groundwater-dependent. And that’s just one reason opposition to the state’s proposals for increased flows along Valley rivers rings so false. “If you increase […]

Dr. Vance Kennedy has received the Distinguished Service Award from the Environmental Protection Agency for his work with the U.S. Geological Survey. Now in his nineties, Dr. Kennedy maintains an active interest in water and land use issues in California and especially in the San Joaquin Valley. The following essay represents some of his latest thoughts on water and the drought. The immediate problem posed by the drought is to […] 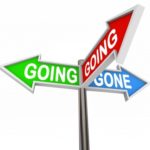 Two facts determine water realities in California: (1) The state is out of water, and (2) In order to develop more than 499 units, builders must declare a long-term source of water. Fact number two is the driving force in what has become a bidding war for the “available” water in a state that every year promises more water than it can deliver. Since 2001, developers must declare a long-term […]