A glut is typically defined as the point at which supply exceeds demand. It’s not that simple, of course, since demand may be cyclical even when supply is consistent. And, a glut can result when supply ramps up past consistent or throttled back demand.

Storage can smooth out a cycle but that means the producer isn’t paid until well after the time of production.

Raise a hand, boys and girls, if you have figured out that we are talking about almonds! Could a glut happen? You betcha!  Will it happen? Hmmm. We can look at anecdotal information or numbers. They may point to the same thing.

Get into the car and drive around in any compass direction. Just recently, to the north, out McHenry and through Escalon, take the jog which takes you onto the Bellota Road and past the Burma Shave-like signs on the power poles that tell you the benefits of growing rice, like adding oxygen to the environment.

But, there’s no rice!  Instead there are spindly little trees which in just a few years will join the millions of other trees in this area sprouting almonds.

Go northeast and you will see the same thing happening. The corner of Albers and Claribel is now in the midst of these orchards.  Even the dairy at Milnes and Claribel, whose smell used to mark its existence for little kids, has been converted.

Never mind 26 Mile Road and its similar plantings, or along Highway 132 east where Modesto Reservoir is buttressed by almond orchards. Even west on 132, including on that part of the Mapes Ranch south of the highway, trees will soon block out our view of the Old Fisherman’s Club and the trap shooting range.

Stanislaus County is at the north end of a swath containing 73 percent of the almond orchards in California. Stanislaus is either first or second in the state in production, vying with Fresno and Kern Counties for the top spot.

That is a moving target because of the rapidity of plantings.

Of the 1,330,000 acres “currently” in almonds, almost one third are so new (young?) they are not yet bearing. Which means one heck of a lot of almonds heading into the production side of the glut equation.

To give you an idea of the size of the almond plantings in California there are almost 2,100 square miles planted in almonds as of the latest figures from the California Department of Food and Agriculture (CFDA).But, those figures are from 2017 and represent a seven percent increase from 2016. 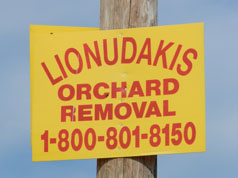 Other fun numbers include the sheer number of trees. Older orchards were planted at 75 trees per acre, newer ones at up to 180. Using 150 per acre, the number of trees is about 200,000,000. THAT’S ABOUT TWO HUNDRED MILLION, he shouted.

So, if they are planted, they have all the ground they need. Next….wait for it…they need water! Oh, and where does that come from?  Much of it comes from under the 1,330,000 acres…out of the aquifer.

Is that now, or will that be a problem? Well, only if the ground starts to sink. What, that’s happening?

The water and the wells which suck it up from the aquifer will be the subject of a future piece…maybe. The problem? Much of that information is secret. Recently passed laws exempt well drilling information from public disclosure, but there may be a way to find out. Someone is working on it.

My friends and I, at our Monday lunches claim to define the world’s problem, without every attempting to solve them.

So let’s define the problem.

Part of the problem with projecting when a glut might occur is that the demand may be artificially reduced, for example when tariffs are imposed on the import of almonds to a degree that either makes the purchase price to the consumer unacceptable.

This is not a minor issue.  About 70 percent of the almonds grown in this region are exported and, thus, subject to tariffs. The almonds go to 90 different countries worldwide, at least some of which, right now, are thinking about imposing tariffs on something being exported by the US.

If you have seen new plantings around the county, you have seen what must happen even before those spindly shoots are planted. Ground leveling, water sourcing (many, many wells) and drip systems must be installed.

The ag advisers use about $6,500 as the cost for establishing and maintaining each acre of orchard until the trees are first harvested (minus any returns from production).

Where does that money come from? Maybe from the dairy guy who sold off his herd; maybe from the cattle rancher who converted his pasture, or maybe from some big money folks from here or elsewhere.

The Almond Board of California says 90 percent of almond farms and family owned. Hmmm. So, if one corporate guy has 1,000,000 acres and nine other family guys have 100 acres, 90 percent of growers are family guys.

Just guessing, but if anyone gets hurt it probably will be the little guy, maybe the dairy farmer who sold his herd, pulled down his milking shed and barns, and filled his grazing land with trees—the guy who actually bet the farm.