For any other public entity, the loss suffered on November 27 by Oakdale Irrigation District (OID) in Fresno’s Fifth Appellate District Court would amount to a wake-up call, but given the resistance to facts of three of its board members, General Manager and water attorney, it’s unlikely any of them will come away with a lesson learned.

This, after all, is the water district whose own attorney told them they would need an Environmental Impact Review (EIR) before instituting a fallowing program and subsequent water sale and then failed to perform the review. As if that weren’t enough, after getting caught failing to perform the review, the same OID attorney who had recommended the review argued in court the review wasn’t needed.

OID Board members should have gotten a clue last year when Superior Court Judge Roger Beauchesne lectured their attorneys about the use of ad hominem arguments in a court of law and went so far as to read aloud the definition. They should have realized they had no case at all when Judge Beauchesne wrote that the Oakdale Groundwater Alliance (OGA) had provided a “public service” by insisting OID should do an EIR. Instead, OID Board Members and management decided to appeal Beuchesne’s decision.

Actually, to be entirely accurate, it was three of the five board members who supported the appeal. The two women on the board, Gail Altieri and Linda Santos, had argued from the beginning that OID should perform required EIRs before offering fallowing programs and selling water. And just for their troubles, their fellow board members sued them and slapped them with an injunction.

Yes, that’s right. When Altieri and Santos offered truthful testimony to Judge Beauchesne, their fellow board members accused them of revealing details discussed in an OID closed session and tried to muzzle them. In that case, the judge told OID the injunction, “would amount to placing handcuffs on Defendants’ ability to effectively operate as duly elected members of the Plaintiff’s Board of Directors,” and ruled against the district. OID then appealed that decision; the appeal is still pending.

But for OID Board members Herman Doornebal, Brad DeBoer, and Tom Orvis, court losses, facts and the law are just bumps in the road on the way to their yearly mission of selling water to buyers down south so a few OID farmers can get their own water below the cost of delivery. And the fallowing program? Just another cash cow for district farmers.

Theoretically, OID farmers receive cash credits to “improve” fallowed land. The improvements are usually in the form of replacing rangeland with almond orchards. The water saved from the fallowed land is then sold to buyers outside the district—most often Westlands Water District. 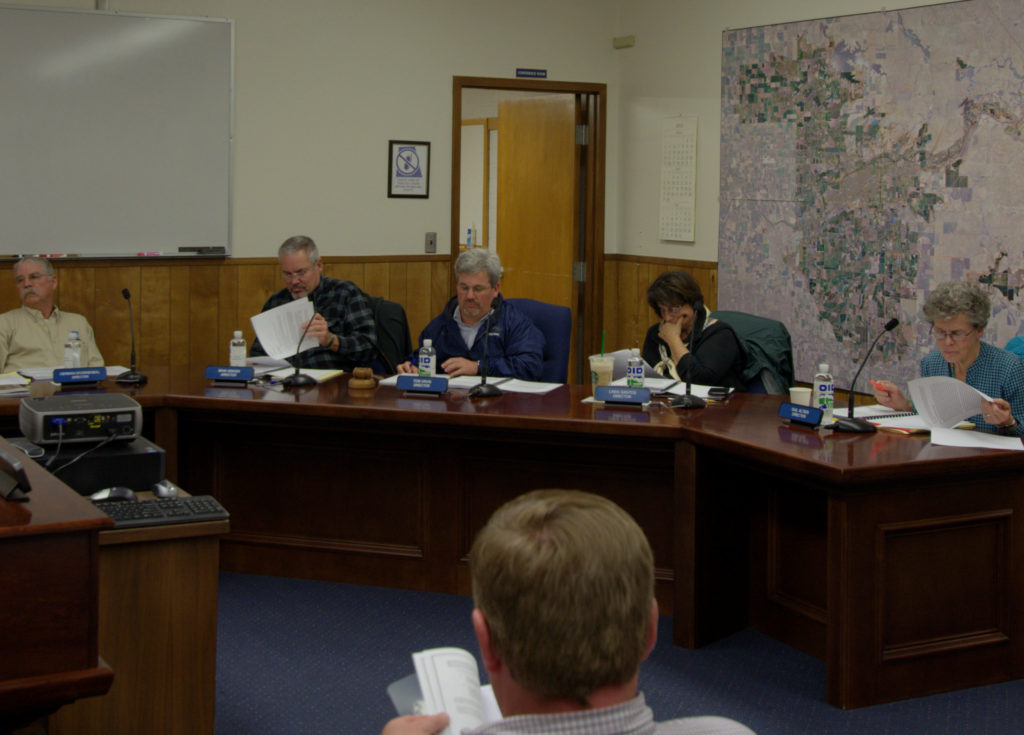 Touted by OID management as a “win/win,” the fallowing plan violates any number of directives imposed by the California Environmental Quality Act (CEQA) but could conceivably be successful if OID performed the required EIR. OGA members Louis Brichetto and Robert Frobose have argued that the major flaw in the plan is its failure to address effects on groundwater.

OID’s own studies show a consistent decline in the local groundwater basin. Coupled with water sales outside the district, the decline would seem to most observers to represent a failure to comply with requirements imposed by the Sustainable Groundwater Management Act (SGMA), a new state program designed to prevent the depletion of the state’s rapidly disappearing groundwater.

The most obvious way to address declines in groundwater is by the application of surface water in lieu of pumping. Just outside OID’s boundaries, but still within its sphere of influence, tens of thousands of acres of almond orchards are wholly dependent on groundwater. Most of the owners of those orchards would prefer to buy OID surface water, but the district has thus far preferred to sell outside the region.

OID has responded to court restrictions on water sales in a number of ways, including by temporarily abandoning its own water rights so that the so-called “surplus” water can be sold outside the district. When OID’s most recent attempt at a fallowing program ran into the brick wall of CEQA requirements, OID went ahead and paid farmers to fallow anyway, even without the compensation of a water sale.

The biggest payout—$331,000— went to OID farmer John Brichetto. Other payouts amounted to additional hundreds of thousands of dollars.

While OID’s water policies may seem complex and labyrinthine to the casual observer, they boil down to a relatively simple principle. The fundamental rule is to provide district farmers with water below the cost of delivery. Without public scrutiny, the simplest way to do so is by selling water to buyers outside the region.

But given public scrutiny, OID’s programs reveal a fundamental violation of the public trust. By selling local water outside the region, OID is hurting the common interest in favor of subsidizing a few farmers, many of them very wealthy. The subsidies—really just payouts in some cases—result in favorable votes for those OID board members who support water sales. It’s a circle of payouts and vote-buying much like one might see in a banana republic.

In this latest case of rebuke by the court of appeals, OID is required to pay not only its own court costs, but those of the Oakdale Groundwater Alliance. The total will almost certainly be well over half a million dollars. Coupled with payouts for a fallowing program that was never court-approved, OID has paid a few powerful farmers millions of dollars strictly on the basis of their wealth and power. That’s not a public institution, it’s an oligarchy. OID Board members Doornenbal, DeBoer, and Orvis have a lot to answer for.