Earlier this month, as I was driving West on Scenic Boulevard in Modesto during the lunch hour, traffic was backed up by the cemeteries bordering Scenic and Bodem. It was a warm day and many drivers had their windows down, some with freshly washed cars, as we waited for the light at Scenic and Bodem to change.

It wasn’t a long wait, but it wasn’t a pleasant one either, given the fellow hired to clean the sidewalks along the cemeteries was using his back-pack configured, noisy, most likely polluting, gas model leaf blower to clear the sidewalks. As cars backed up, locking us all into gusts of dirt, leaves, and who knows what other debris and pathogens, and maybe even dust-borne Valley Fever, I couldn’t help thinking:

“This isn’t a healthy situation!  What’s in this dust besides leaves?  Perhaps sources of lung damaging spores from dirt, trash, cigarette butts or what-have-you?

In a matter of minutes, it became difficult to see clearly as I watched driver after driver attempt frantically to roll up their windows. I saw what appeared to be a newly washed car turn into something some kid might write “WASH ME” on; it was dirty in in a matter of seconds— and all the while this yokel kept blowing in our direction as he proceeded down the walk, showering the cars behind me with more dust and debris.

Modesto collects garden waste and transforms it into an ecologically friendly product suitable for garden use; so why do we still so often see debris blown from one yard or business to another, depending on a gardener’s schedule, when there are better options

And why for goodness sakes are these polluting blowers allowed? 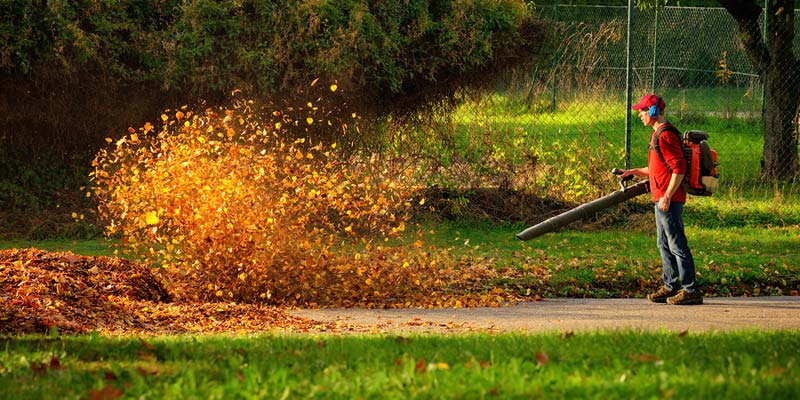 Not to sound like an old lady who’s cranky, I do remember the days when people used brooms, rakes, shovels or dust pans and deposited their garden refuse IN CANS, or— like my husband used to do—into his mulch pile.

Why are we still allowing blowers with not only their air pollution, but their noise pollution, as most people using blowers wear ear protection, but not so the unsuspecting pedestrian, bicyclist, motorcycle rider or driver?

It would make my day to see the City of Modesto outlaw these non-electric blowers and return to the days of common sense and the less polluting means of raking leaves and using brooms to sweep walkways. Landscapers dependent upon blowers for efficiency  generally have access at homes and businesses to outside outlets where they could use the less polluting electric blowers before depositing the leaves into the property’s Green Totes.

The question is: are we ready for this? Or will there be too much “blow back,” alleging “inconvenience” as a result of complaints from those of us forced to breathe the polluted air as we’re exposed to eardrum-rattling noises? 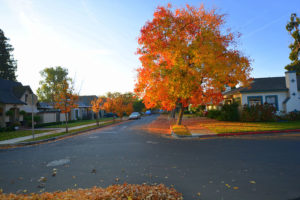 We’ve been known as a city famous for and fond of our trees, both evergreen and deciduous, which means the Chinese Pistache are beginning to display their full red-hued glory, the ginkgo trees are already buttery yellow while the remaining Modesto Ash will soon turn a glorious gold and many other colorful deciduous trees all over town are shedding their leaves for the winter.

But provisions are made for homeowners to place garden refuse into green cans, the contents of which are the source of the above-cited garden-enhancing product sold by the City of Modesto, so why this persistence in maintaining public, semi-public or even many private properties with this wretched method of fouling one’s neighbor’s nest?

In many instances this method truly messes up our streets by plugging drains when it rains, as most streets only have monthly (or less) large green waste pick-up and periodic street sweeping by the City of Modesto. In addition, traffic continues and the air behind each vehicle generated by travel kicks up the nasty dust again and again. Has anybody else noticed this?

It simply makes more sense to ditch the gas blowers in favor of brooms, dustpans and the ubiquitous green totes, after which we can all breathe a sigh of relief!