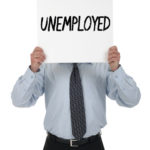 Bruce Frohman was on the Modesto City Council when Modesto posted a forty year low unemployment figure. Here he offers some common sense observations on our chronic unemployment problems.

The latest 2012 unemployment figures for Modesto show an official rate of 17.1 percent. During the last 40 years, the lowest unemployment rate in the community was  in 2003 at under 9 percent. Following are some of the reasons Modesto has chronically high unemployment.

Modesto has a problem with eye appeal. The streets are swept only once a month. Last fall, the streets had piles of leaves and prunings for up to three full months. Until someone complains, abandoned cars litter the streets. Not enough citizens take responsibility for the appearance of the street in front of their homes, let alone their own property.

Rather than aggressively pursue problem properties, the city has a complaint-based enforcement method for the abatement of community eyesores. Property owners allow their domains to degenerate into trash piles, overgrown weeds, and debris clusters.

The graffiti problem ebbs and flows. When the police focus on the perpetrators, the vandalism declines. When the problem is given less attention, it becomes epidemic.

If you were a business owner looking for a place to set up shop, would you locate to a community with poor eye appeal?

Lawlessness is a second problem. Drunks inhabit parks such as Kewin. They stagger along the streets of downtown and Kansas Avenue, even in the daytime. The La Loma neighborhood has been trying to rid itself of transients for years.

Felons cruise the streets at night, looking for property to steal or vandalize. In many neighborhoods, suspicious individuals prowl the streets in the early morning hours on bicycles or in cars, looking for crimes of opportunity. Every morning, one can read about a murder, theft or home invasion. When Modesto’s annual budget is created, there is never enough money to provide the manpower needed to abate crime.

City leaders don’t think taxpayers would be willing to fund a significant law enforcement effort. Instead, neighborhoods are encouraged to hire their own security patrols. Crime simply moves from one neighborhood to the next. When the Chrysler Avenue neighborhood was cleaned up in 2002, over 250 convicted felons were cleared out of a 4 square block area. With an inadequate police presence, how can a community with so many lawless individuals ever expect to attract new business?

If you owned a business, would you relocate to a community with a high crime rate and inadequate number of law enforcement officers?

A third barrier to greater local employment opportunity is transportation infrastructure. Local leaders mistakenly believe that transportation problems can be solved with more freeways: a freeway to Oakdale and a new freeway to the Bay Area. What the new freeways do is provide transportation through Modesto so that traffic need not stop here. (See the article on problems the proposed 132 Freeway will create.)

The real transportation problem is the roads serving the local community. Piranha Produce relocated its facility from Modesto to Keyes. Its trucks had trouble getting from  Blue Gum Avenue to the 99 Freeway because of the congestion at the Briggsmore overpass. In fact, every interchange at the 99 Freeway—Standiford, Pelandale, Briggsmore, Kansas Avenue, and the downtown exits—either has severe congestion or inadequate ramps to serve commercial vehicles. We need to upgrade the 99 Freeway interchanges and ramps. The cheapest and most effective method of keeping traffic flowing is signal synchronization. Local leaders don’t want to spend the money to keep the signals in sync. It’s more fun to build a new road.

Traffic circles reduce automobile accidents by 90 percent and reduce air pollution and travel time by significant amounts. They also save a lot of money in signal construction and maintenance. More opportunities to construct the circles should be explored and implemented.

If you were a business looking to relocate, would you set up in a community which has the traffic congestion found in Modesto?

In large part because of our location in the Central Valley basin, we FREQUENTLY violate federal clean air standards. Only employers that would not generate air pollution will even consider moving here. The fines would be too expensive for polluters to move here.

Businesses with NON POLLUTING jobs such as high tech will only locate to an area that has a well-educated pool of job applicants. This means it is essential for Modesto City Schools and the local colleges to do their jobs well. Once well-educated students graduate, there have to be jobs to keep them here. We are constantly losing our best and brightest to out-of-area opportunities.

We have the ability to overcome our problems, but will never do so unless those in positions to make a difference acknowledge the problems and make a clear choice to overcome them. Given the trend toward urban sprawl rather than sound land use within Modesto’s urban core, Modesto has a better chance of turning into another South Central Los Angeles than a city with full employment and a top notch quality of life. Annexation of Salida and the taking of another 3000 acres of prime farm land is not going to solve our employment woes. Warehouses do not create many jobs per acre. Modesto has to rebuild itself from the center.

When Jack Crist was city manager of Modesto, he knew what needed to be done and took action. Modesto attained the lowest unemployment rate in the last 40 years while he was on the job.

The present unemployment rate is an indictment of the recent city leadership. Whether the new regime recognizes the challenges and corrects the direction of the community will be interesting to watch. Cities with a high quality of life do not happen by accident.