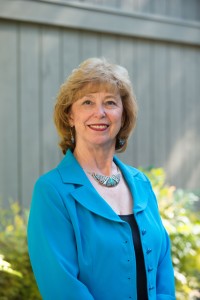 Pat Gillum is a Certified Public Accountant, has served on the Modesto Planning Commission, the Community Qualities Forum, and has participated in the Lions Service Club for a number of years. She is running for Seat 3 on the Modesto City Council.

Ms. Gillum opposes Measure G, the one half percent Modesto city sales tax ballot measure. She believes the City Council cannot be trusted to spend new revenue wisely and the city does not really need the money. Her web site, www.VoteGillum.com, says that she does not support measure G because there’s no guarantee how the money will be spent.

Ms. Gillum was unable to provide specifics about what budget items would be cut. She has not yet thoroughly reviewed the budget. But she is convinced that a lot can be cut. In her mailer, she said “I can review the City budget line by line to eliminate waste and abuse.” If she did this, she would need to convince a majority of the City Council to delete each line item, no easy task; there are usually supporters or a legal necessity for every budget item.

Given the many budget cuts during the Marsh and Ridenour administrations, more cuts could become very problematic.

Ms. Gillum is very confident that her skill as a Certified Public Accountant would quickly bring her up to speed with regards to the city budget. She is also confident that her experience on the Planning Commission is sufficient to deal with the politics of holding office. She said that she was occasionally criticized by the public for positions she took, but that she understands that criticism is part of the job of city councilmember.

Candidate Gillum says on her web site that the city needs to respect the residents of Wood Colony and that she would make sure that land is used wisely. She opposes Measure I, the measure that would protect Wood Colony from annexation by Modesto with urban limit lines.

For the last two decades, the Modesto Planning Commission has been packed with pro-growth members.  As a member of that commission for eight years, Ms. Gillum has likely developed a bias towards urban expansion.

In discussing the future of Modesto, Ms. Gillum indicated that she expects a lot of population growth in the future and would like to see more planning. She indicated that the current General Plan needs revision as it does not adequately accommodate the coming population boom. The revision would require additional expenditures that would not end up in the public safety budget.

This election campaign, most of the candidates for city council and mayor have issued flyers or stated in interviews vague goals and principles. The voter has a hard time knowing what a candidate plans to do after gaining election.

Pat Gillum’s strength is her resume. She has knowledge deficits on important issues outside of planning. Like other candidates, actions she will take while in office cannot be reliably predicted. She said that she is a team player, so she will work with others in a cooperative businesslike manner.

Ms. Gillum will need to learn a lot to get up to speed and will probably be able to do so in a reasonable amount of time. Her campaign flyer states that she will be responsive to public concerns. A learning curve is expected of any candidate running for office the first time.