Most of the workers on strike are in social services and behavioral health, including child and senior support, disability, and mental health. They claim they are paid less than comparable workers in nearby counties and manage heavier caseloads. They’re asking for a 5% pay increase. Supervisors have offered 3%.

County workers are also arguing that the county budget doesn’t include enough money for them to do their jobs assisting the most vulnerable and at-risk members of the community. That claim will resonate with anyone who’s ever tried to get help for a mentally ill friend or family member. Local services are stressed far beyond capacity.

Supervisors are also facing a dilemma with newly-elected member Tom Berryhill. Berryhill has been out of the public eye for the past year, was too ill to campaign, yet still won the election, in part because he was endorsed by four out the five incumbent supervisors. Those supervisors—Jim DeMartini, Dick Monteith (retired), Vito Chiesa and Kristen Olsen—now owe the public an explanation. Why did they endorse a candidate most everyone knew was too sick to serve?

Maybe it was a telling moment when Reverend Jeremiah Williams gave the invocation and prayed for each supervisor by name but omitted Tom Berryhill. Did Williams know something no one else knows?

Berryhill has not only spent the last year out of sight, he’s also avoided questions from the media, though he did reveal recently he’s suffered a broken hip and been diagnosed with Parkinson’s disease. Supervisor DeMartini has said he’s known Berryhill a long time, but even he has offered no explanation for Berryhill’s absences. 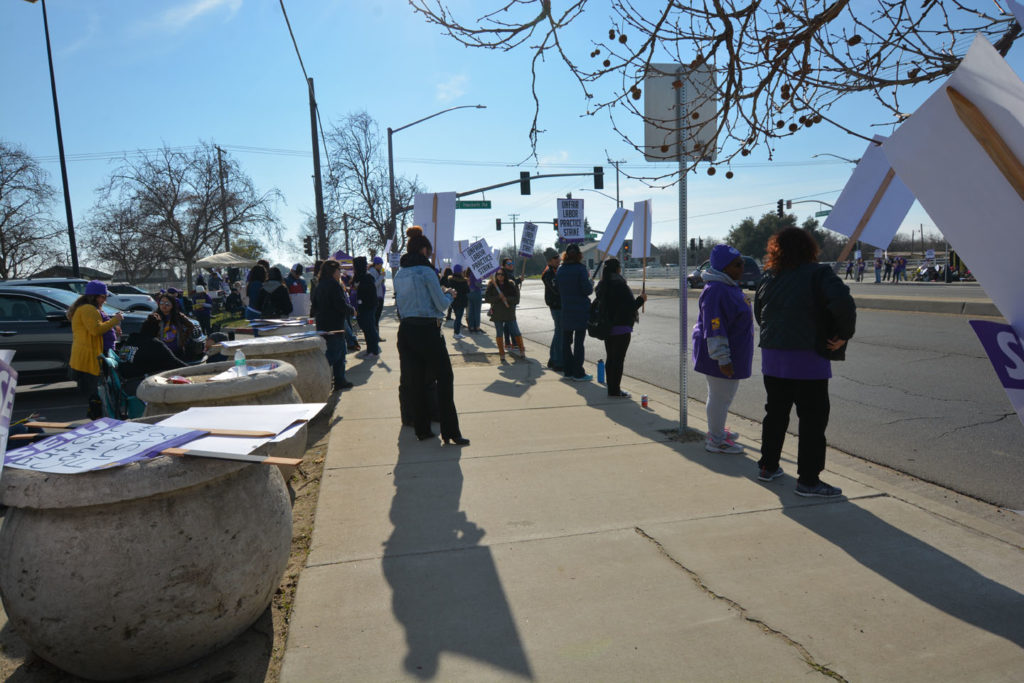 While there was once a time when supervisors could treat the job as a sinecure, those days are long gone. Problems with homelessness, mental illness, child and spousal abuse, veterans’ issues and a host of other items demand more energy and attention than ever before. Berryhill’s District 4, which includes much of the City of Modesto and surrounding neighborhoods, has been especially impacted by a persistent homeless population, many of whom are mentally ill.

Dovetailing with those issues, the county workers’ strike also demands attention. Tuesday, union spokesperson Karyn Clark implored the supervisors to, “stop building this wall between us.” She thanked Supervisor Olsen for attending some of the bargaining meetings, but implied other supervisors have been too distant from workers and their issues.

Given today’s need for active and involved county supervisors, Tom Berryhill’s absences from the swearing-in ceremony and the first meeting of his new tenure bode ill for the future. The striking county workers serve the most vulnerable among us, and anyone familiar with their jobs knows they routinely take on excruciatingly difficult tasks and bear a heavy caseload burden. Both the strike and Berryhill’s absence demand a quick response from the county.