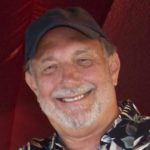 When voters learned of the financial problems of Todd Aaronson, Dave Lopez and Carmen Sabatino, the old familiar cry went up: “If he can’t manage his own money, how can we expect him to manage ours?”

Like many truisms, the adage about personal financial prudence adding up to political acumen is about as reliable as an urban legend. Remember our last MBA president? Hint: He’s a multi-millionaire, once owned a baseball team, and his MBA is from Harvard. Oh, and after eight years and a lockstep congress he walked away from one of the biggest economic train wrecks in American history.

At least three of our greatest presidents had serious financial problems, beginning with Thomas Jefferson. One of the world’s greatest shoppers, Jefferson spent much of his time in France buying the latest in furniture and sartorial fashion. He sent boatloads of the stuff to Monticello, where he also had one of the finest wine cellars in the nation. He died owing today’s equivalent of millions of dollars.

The only reason Abe Lincoln never declared bankruptcy was there was no such option in his day. He spent decades paying down his debt; his homespun image was as much a result of penury as of humility. And another great president, Harry Truman, was a failed haberdasher. Harry did manage one day to pay all his creditors, but only because of a successful career as a professional  politician.

What it all means is many of our truisms aren’t true at all, and success or failure in business and personal finance aren’t accurate indicators of success in office. So when candidates brag about their occupations as small or large businessmen take the resumé with the knowledge it guarantees nothing once a person takes office.

Modesto Mayoral candidate Brad Hawn claims his occupation as a “problem-solving” engineer also qualifies him for office, but that’s likely another irrelevant factor. Remember Herbert Hoover? He was a mining engineer. His attempts to solve the economic malaise of the great depression included an emphasis on volunteerism, rejection of government intervention in the economy, and a host of other “problem-solving” methods. The consensus is he was one of our worst presidents.

None of these facts disqualifies anyone by virtue of occupation or profession, but we should start looking at other things than a person’s financial success or failure when electing leaders. And maybe it’s past time to toss the businessman model as our ideal for office. Idolizing businessmen and Wall Street certainly isn’t justified by recent history. And even conservative icon Ronald Reagan had no business experience, unless you count selling soap when he hosted “Death Valley Days.”

So what do we judge candidates on? Issues might be a good place to begin. Platform, endorsements, donations—these are time honored indicators of where candidates are coming from and where they are trying to go.

Government has of late been dominated by business people, and none can claim great success, maybe because public service involves more than marketing, finance and growth. In fact, it could well be that the desire for ever more “customers” is a driving force behind such things as sprawl, overbuilding, and loss of prime farmland. Many business people see through a prism that enables them to believe that what’s good for business is good in general: It ain’t always so.