Suzy Powell-Roos, a three-time Olympian and perhaps the most globally successful local athlete in recent memory, gives the Modesto Irrigation District (MID) a “B” or “B+” for its performance over the last two years. It’s the same grade assigned by incumbent board member Larry Byrd, whom Powell-Roos is challenging.

With an overall good grade for the board, Powell-Roos would ordinarily need a galvanizing issue or issues to unseat an incumbent, and she struggled to find one during a recent interview with the Modesto Bee. Powell-Roos said she would be “calming influence” on a board that has sometimes featured angry outbursts and discord, but there’s no reason to believe Byrd himself is solely responsible for the turmoil. She added that the practices that have brought the board to its current fiscal stability won’t be enough to sustain it into the future, that change is needed.

Both candidates dodged the question of water rates, arguing that an ongoing lawsuit will decide whether MID’s electric ratepayers have illegally subsidized the district’s farmers. Most farmers throughout the region pay too little for their water, benefitting either through subsidies or because their district sells water to distant buyers, and water sales are the subtext driving the challenge to Byrd’s position on the MID Board.

Almost ten years ago, when MID proposed selling water to the City of San Francisco, a public uproar brought the deal to a halt. The issue has never gone away, however. Some MID Board Directors have looked at nearby Oakdale Irrigation District’s water sales with clear envy, realizing that one easy way to keep rates down and farmers happy is by selling water outside the district. 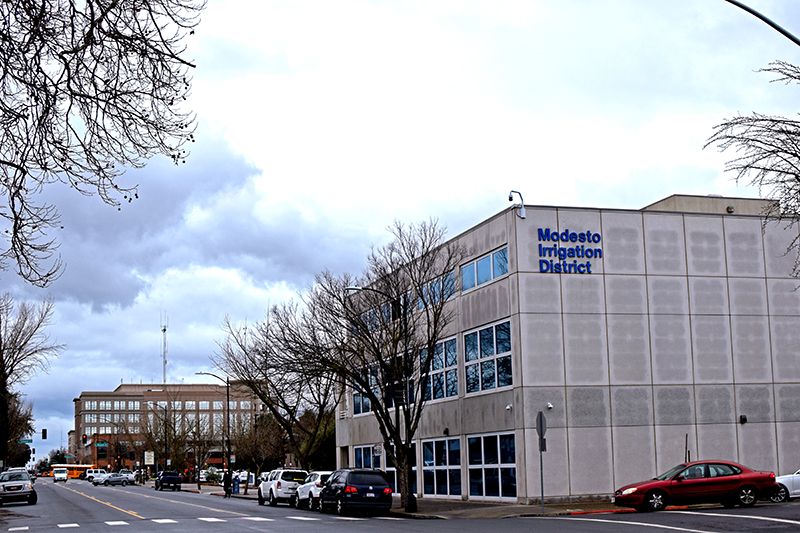 Byrd has always been a staunch opponent of water sales and a fierce defender of local water rights. He sounded the alarm on groundwater depletion well before California’s Sustainable Groundwater Management Act required local entities to show plans for achieving sustainable groundwater use and has insisted during his nine-year term on the MID Board that groundwater sustainability be among the board’s chief concerns.

Byrd noted that when he was elected to the Board, MID was in debt. He said the Board is now fiscally sound and in an excellent position to keep pursuing state requirements for the conversion to clean energy. When asked about clean energy requirements, Powell-Roos attacked the state; it seemed yet another instance where she couldn’t find fault with Byrd.

As the incumbent, it’s not surprising that Larry Byrd has more specific knowledge of MID’s issues and operations than Powell-Roos. He’s also a retired MID employee of several decades, so his knowledge of the way things work is extensive and practical.

“We haven’t had a rate increase in the whole nine years I’ve been on the Board,” said Byrd when asked about the issue of power customers subsidizing farmers. Byrd said that fact alone should answer questions about his position on subsidies, but that the court would be the ultimate arbiter of the lawsuit brought by local ratepayers.

While there’s no question that Suzy Powell-Roos is one of the San Joaquin Valley’s most illustrious citizens, it’s difficult to see how her Olympic career alone qualifies her for the MID Board. Obviously a person of great character and intelligence, she needs to attach at least one or two defining issues to her campaign that would separate her from an incumbent whose passion and knowledge are thus far more than sufficient to keep him in office.