Wins by Anna Caballero and Mellissa Hurtado assured a Democratic supermajority in all three branches of California government. Below, former Modesto City Councilman Bruce Frohman argues that the supermajority may not bring much relief to the manifold problems of the San Joaquin Valley.

Local Democrats may feel overjoyed about their party’s supermajority in the California State Legislature, but euphoria may end up as disappointment. If legislators don’t deliver, Republicans will see a resurgence in popularity next election regardless of the presence of President Trump.

With ongoing property tax revenue restrictions of Proposition 13 still the law and every other means of taxation maxed out, the Democratic supermajority will have to live within the limits of the current budget.  The next recession will limit the ability to spend; the economy is overdue for a pause in prosperity.

If past history is an indicator, Democrats will spend every penny in the budget, use the existing surplus, and add to the bond debt. They will also fall short of campaign promises and objectives.

The Valley has an overwhelming list of unmet needs: a large homeless population, the highest unemployment rate in the state, widespread poverty, and an obsolete transportation infrastructure. The need is great, but is in direct competition with needs of fire-ravaged Santa Rosa and Butte Counties. Faced with demands from other regions, the Legislature may be unable to adequately address problems in the San Joaquin Valley.

Starting on the Wrong Track

To be fair, Democrats will need to balance spending among all regions of California.  In the Central Valley, the $3 billion bullet train project will be counted as a debit against the Valley’s share of state tax revenue. Project cost overruns will make the balance sheet worse.

Even though the rail project won’t transport citizens for at least ten years and will lose money beginning the first day of operation, the bean counters will look at dollars expended, not net benefit to the region. The project was originally started in the Central Valley to bolster employment in a depressed economy, but has been poorly planned and executed.

High speed passenger trains will not move goods; moving goods is a primary function of Central Valley arterials and free flowing freight traffic is essential for economic development. Upgrading and repairing existing transportation corridors should have taken precedence over a passenger rail system.

With Republicans representing much of the Valley for most of the past 40 years, the Democratic majority controlling the legislature habitually short changed the Valley in order to deliver goods and services to their own constituents. Hence, funding patterns are not likely to change much unless Valley Democrats unite to demand a full share of state resources.

Change takes time, something the supermajority will have only 2 years to accomplish as the next election looms. Meanwhile, the confident supermajority leadership may develop a feeling of invulnerability and pass out money indiscriminately rather than focus on needs of a less populous Valley.  The Democrats had a previous supermajority and lost it; they will always be vulnerable to a political insurgency.

Caltrans has received an entire year of a 12 cent per gallon special gasoline tax passed by the state legislature. Since the tax began, the agency should have received nearly $5 billion in funding above what it had been receiving annually before the tax was approved. What has Cal Trans accomplished in the past year in Stanislaus County? 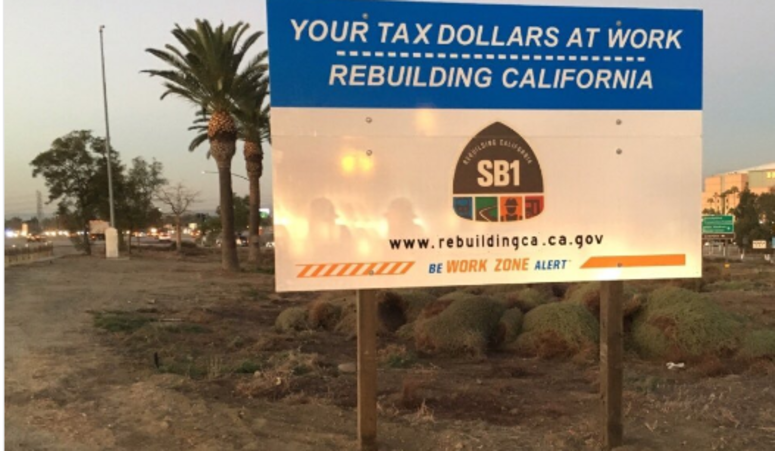 SB1 signs have appeared in many places, but very little construction has happened. State Route 132 west of Modesto is being repaved in spots; a new 132 freeway with an incredibly mediocre design remains in the planning stage. A few metering lights have been installed and some freeway ramps rebuilt.

No congestion mitigation is evident; the 99 freeway still becomes a parking lot in spots every day. No construction has been started that will increase the carrying capacity of any major arterial; adding lanes to Freeway 99 has been talked about for years.

Meanwhile, in Los Angeles and Orange Counties, a 10 mile project to widen the San Diego Freeway has begun; hundreds of millions of dollars will be needed to complete the project. Interstate 5 is being rebuilt and widened from the Antelope Valley Freeway to Castaic, another mega project.

The ACE train in Stanislaus County will add passenger transportation capacity at a rate less than the projected population increase and not move any goods. Valley road congestion will hinder economic growth; other parts of the State will see improvement before we do.

Rail programs for commuters living in rural counties are not cost effective and do not substantially benefit the Valley economy. Ineffective programs seem like the hallmark of state funding for the Valley.

Blatant neglect by the State legislature of Valley and Mountain Counties is so obvious that a movement has formed that advocates the creation of a separate State of Jefferson. Neglected counties would join a new political jurisdiction for self-governance and more fair use of tax dollars.

In order for the region to see any significant progress in solving its problems, the legislature will need to start new programs to specifically benefit the Central Valley AND local representatives will need to step up their game in extracting money from existing programs.

The new Governor, Gavin Newsom, has said that he is tuned in to the problems of the  Valley. He may find himself overwhelmed by the demand from the entire state. If Valley legislators do not work hard to educate the new leader, nothing will change except the local elected representatives in the next election.

Valley citizens are fed up with second class treatment by state government from the overcrowded DMV to the overcrowded roadways to the crowd of homeless in Beardbrook Park to the higher than average unemployment rate and to every other problem that is not being fixed.