“At any given time in Stanislaus County there’s somewhere between 800 to 1,000 children in foster care,” recently lamented Steve Ashman, who serves as the Executive Director of CASA of Stanislaus County.

“Children in foster care are not in foster care because of something they did, but, rather, something that’s been done to them. A lot of kids live in multiple places, and their lives are upside down,” continued Ashman. “There’s often no stability for them. We have to ask the question—what are we teaching them about relationships, about people, about the value of the system.”

“A number of years ago, the State Supreme Court decided it would be beneficial to have a program set up to advocate for children who were in foster care. CASA was started in 1977 in Seattle, and locally our program began in 2002.”

The large number of children in the foster care system in our area may come as a surprise to some, but it mirrors alarming national trends. Children’s Rights, an advocacy group based in New York reports that, “on any given day, there are nearly 443,000 children in foster care in the United States. In 2017, more than 690,000 children spent time in U.S. foster care.”

As Mr. Ashman said, the number of children in the foster care system far exceeds the number of adults who volunteer as advocates for those children.

“Right now we have about 110 advocates. To become an advocate, you must go through 36 hours of training, 10 hours of court observation, as well as interviews and background checks. Once you complete the training, if we think you are appropriate for our program, a judge swears you in as an officer of the court, and you come in and pick one of the cases on our waiting list. When someone becomes an advocate, we don’t so much assign them a case as much as they choose it themselves—because we want the advocate to own it,” he further noted. 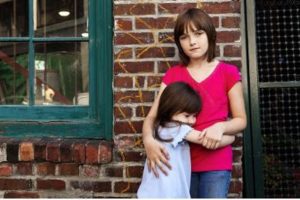 “Everybody has limitations – some people might be uncomfortable dealing with a case that involved sexual abuse, while others might want to work with boys, or with girls, or perhaps they have in mind a specific age group. It’s all over the map, but our advocates do a remarkable job.

Our advocates often have very strong relationships with the kids, I am an advocate myself,” he remarked.

I’ve been the executive director for about 11 and a half years and during that time I’ve been an advocate for about 120 kids. Right now I have 31 cases. All my kids have differing needs and differing personalities. I’m pretty close to a lot of them. Once they exit the system, our relationship is determined by them. I still hear from a lot of the kids I advocated for years ago.

All of our advocates try to hold everybody accountable. The reward is in the effort. If you’re looking to be an advocate to get something out of it, like recognition for yourself, you’re in it for the wrong reasons. If you want to become an advocate because you want to help children, to be their voice because they can’t find theirs, or sometimes it’s been taken away, then we are a great program to be involved with.

Regardless of the circumstance, most kids want to live with their families. They love their families. The system is very imperfect. My personal belief is if you are going to take a child out of a particular situation, say one that is dangerous, you need to find them someplace better. And that doesn’t always happen.”

CASA provides outstanding support to the dedicated cadre of community volunteers who serve as advocates.

“Sometimes we have a topic that advocates have expressed an interest in learning more about – such as trafficking and children – but at every monthly meeting the advocates have the opportunity to discuss their case with other advocates, although they do not get into specifics. A lot of times when you are doing this work, it’s easy to feel isolated, so it’s important for advocates to understand that there are others out there doing the same work. We have the highest retention rate for advocates of any program in California because we have a really attentive staff. We do a good job. About 90% of the time, the judge will go along with the recommendations the advocates make on behalf of their clients, because the judge knows that we know the children.” 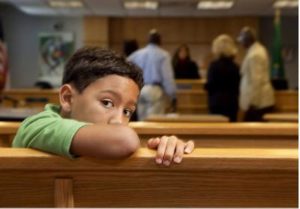 Mr. Ashman pointed out that CASA collaborates with a variety of other community agencies and professionals.

“We work with child welfare, schools and school districts, SCOES, and mental health organizations, as well as attorneys and counselors.

Every human being, regardless of their circumstance, finds joy in some aspect of their lives,” concluded  Ashman. “There’s value in relationships, and when we can provide a stable, positive supportive relationship for a child, whether it’s a social worker, or a CASA advocate, or a teacher, there’s nothing but good that will derive from that relationship. Sometimes that person doesn’t know that he or she has made a difference in a child’s life. But so often they do make a difference. Adults have to learn to meet kids where kids are, and then work from there.  I think that working with children is incredibly rewarding, and these children will teach me far more than I will ever teach them.”

For those interested in learning more about CASA of Stanislaus County, or who are interested in becoming a Special Advocate for children, please contact the CASA office, located at 800 11th St # 4, Modesto, CA 95354, phone number (209) 548-6320, or visit their website at http://www.casaofstanco.org/.