After a late afternoon meeting, Stanislaus County Supervisors and representatives of the Service Employees International Union 521 (SEIU) reached a tentative agreement on Wednesday. Both sides appeared to give a little as the SEIU negotiating team accepted the county’s offer of a 3% raise on condition of retroactive pay.

The union had asked for 5% and the county had rejected both the 5% terms and retroactive pay. Dozens of workers spent ten days picketing and many felt public opinion was supportive.

On Monday, a striking worker said, “Many of our jobs require a college education, so we’ve got student loans. Most of us would like to own a house, but if you’ve got a student loan and a mortgage, you’re really going to struggle. It’s even a struggle to try to pay rent and a student loan.

The rising cost of living, especially in places like California and New York, has been widely cited as the major factor in homelessness, but even professionals and college-educated workers aren’t immune to its effects. Escalating costs of education and housing have become political issues, with many arguing college should be as inexpensive and accessible as high school.

Meanwhile, the need for social workers like those who’ve been on strike has also grown exponentially. Workers who care for at-risk children, veterans, the disabled and the needy elderly are the last line of defense against homelessness and its associated ills. Most anyone familiar with today’s social maladies—especially drugs and mental illness—realizes social workers today face an increasing burden of severe challenges and are more often underfunded than not. 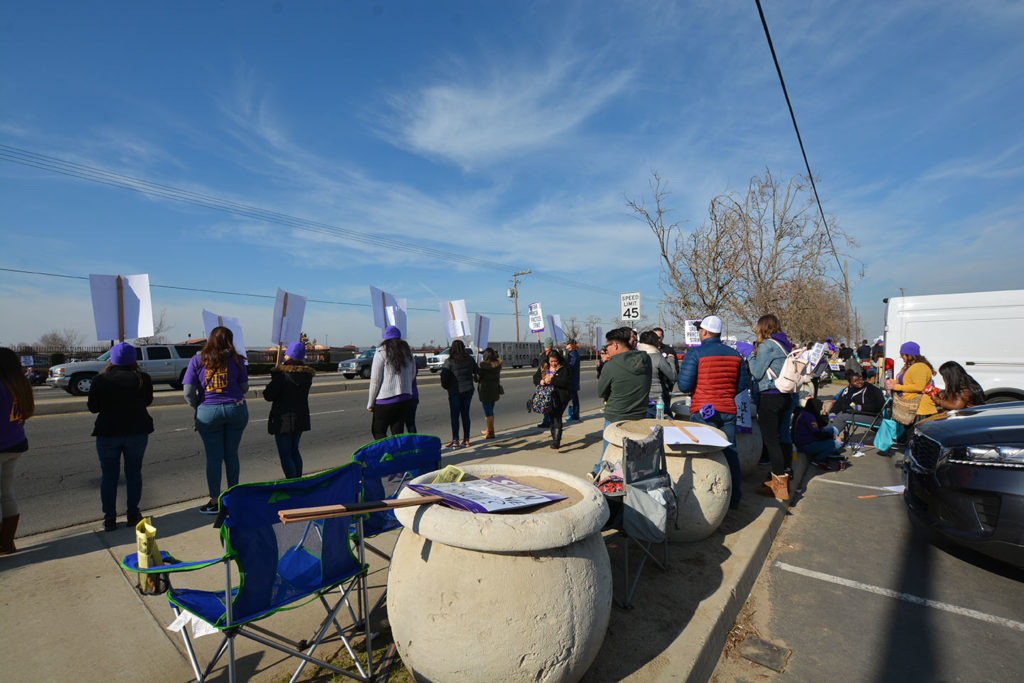 And anyone doubting the need for social workers and the reality of inadequate services need only spend a few days at Modesto’s Beard Brook Park, where hundreds of homeless people have put up tents and tarps. Their presence is the result of a ruling by the Ninth Circuit Court that cities must allow homeless people to sleep in public places when and if no other sites are available.

Among Beard Brook’s almost 500 campers are children, disabled adults, men and women who are seriously mentally ill, and people with physical maladies ranging from drug addiction to periodontitis and MRSA. Though county and city workers are routinely on site, there’s simply no place for most of Beard Brook’s residents to go.

City and county authorities have emphasized repeatedly that the encampment is a temporary fix to the ongoing problem of homelessness, but no one has yet proposed a more permanent solution. The one thing everyone does know is that social workers are an essential element in addressing the ravages of homelessness and poverty—just assessing the problems and needs requires trained professionals.

In Stanislaus County, those trained professionals still need to vote to approve the county’s offer of a new contract. Given the escalating need for their services, county residents should be hopeful of a speedy resolution.