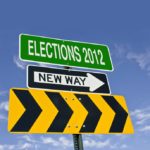 Jeff Denham supporters couldn’t’ suppress their glee when Chad Condit announced his candidacy for the 19th Congressional District a few days ago. Prior to Condit’s announcement, Denham faced a challenge from former astronaut Jose Hernandez, a candidate who offered a clear and unequivocal alternative to the ultra-conservative Denham. Now, Condit has muddied the waters.

“It’s very bad news for the (Democrat’s) anointed candidate,” crowed Denham campaign consultant Dave Gilliard. “Jeff Denham will continue to rack up local support while Chad Condit and Jose Hernandez battle over who gets to lose to him in November.”

At first glance, Gilliard’s analysis looks spot on. Though Chad Condit is running as an independent, the Condit name has always been associated with the Democratic Party. Chad himself has worked for an impressive list of Democratic politicians, including his father Gary, who despite campaigning under the cloud of the Chandra Levy investigation actually outpolled Dennis Cardoza in Stanislaus County back when the elder Condit held his own congressional seat (Cardoza won the rest of the district handily). The conventional wisdom says Chad Condit and Jose Hernandez will split Democratic Party votes.

And Condit is certainly right when he says voters are tired of partisan politics and polarized parties. But it’s hard to see how running as an independent will remedy these problems. Voters need more than a name change. Condit would be better off articulating a platform with broad appeal than worrying about party affiliation.

Modesto’s new mayor, Garrad Marsh, drew from a wide range of supporters, including moderate Republicans, who increasingly feel the party is leaving them for an ever more radical grab bag of tea partiers, theocrats, and corporate moguls. Marsh even recorded a record number of individual donors, justifying his claim that he was everyone’s candidate, not just a water carrier for special interests.

As things now stand, Jeff Denham has a huge advantage going into the November election. He’s an incumbent with an enormous dollar advantage over Hernandez. Condit has virtually no campaign resources other than his broad knowledge of the local political terrain, and he’ll find it hard to obtain donors. However, if Hernandez can generate the kind of grass roots enthusiasm Garrad Marsh did in the Modesto Mayor’s race, he may surprise people. And Hernandez should also garner strong support from a Democratic party that sees him as a rising star.

Valley citizens are increasingly disappointed with a neo-conservative economic policy that has worked only for the ultra-rich. They are increasingly progressive about women’s issues, preserving the environment, and equity in tax policy. They are less and less homophobic, especially the young. Though he will try to pass himself off as a moderate, Jeff Denham is a hard right conservative who represents an ever more dated party.

Shrewd as he is at reading local voters, Chad Condit, like Jeff Denham, represents the past. Valley citizens aren’t just tired of partisan politics, they are tired of looking backward. If Jose Hernandez can articulate a forward-looking vision like Garrad Marsh did in the Modesto Mayor’s race, he will find a broader constituency than either Jeff Denham or Chad Condit has reckoned on. The game is changing, and Hernandez still has a good chance of becoming a major player.