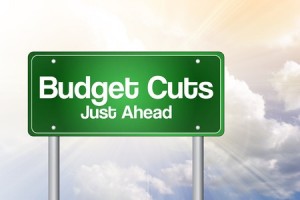 Seen by some as a waste of taxpayer money, the College Avenue “Road Diet” may have been the nail in the coffin of Measure G.  The new traffic design reduced the number of thru traffic lanes on College Avenue from two to one.

In order to sell the sales tax increase, proponents needed to convince voters that the money was needed and would be put to good use.  The road diet contradicted the story line.

With “Stop the Lies” signs plastered all over town railing against Measure G, many viewed the project to reduce traffic lanes on College Avenue and North Ninth Street as a waste of money.

Few bicycle riders use the newly created bike lanes, adding to the perception that the road diet wasn’t worth the money.

When the Bee reported that the College Avenue project cost 1.2 million dollars, taxpayers immediately assumed that the Modesto City Council wasted that much money on the diet. Taxpayers are always willing to vote down a tax increase whenever they think their money is being wasted. Under construction prior to the election, the timing of the project could not have been worse.

Modesto City Council member Dave Lopez told this writer that the cost of striping was only $75,000 and that the rest of the funds went to improving the condition of the roadway. He maintained that even if College Avenue is taken off the diet, the maximum loss would be $75,000, plus the cost of restriping. In addition, the money for the project came from a federal grant, not from Modesto’s General Fund.

Unfortunately, no one on the city council thought to inform voters about the funding source and the actual cost of the striping. People may have been willing to forgive past bad expenditures, hoping that the council had become wiser; taxpayers did not forgive the road diet.

Dealing with the Wreckage

In an informal conversation, Modesto Councilmember-Elect Doug Ridenour said he wasn’t worried about the city’s finances now that Measure G had failed.  He said that going forward, “we will be creative.”

As the fallout from Proposition 13 continues to squeeze city budgets, creativity will be necessary to avoid draconian cuts or going bankrupt, as have the cities of Stockton and Riverside.  Tax revenues have not kept up with increases in operating costs.

The improving local economy has kept Modesto city government afloat the past few years, as tax revenue increased in combination with tight fiscal restraint. The city’s debt load is an added factor to consider in juggling the budget. With variable rate loans, higher interest rates could complicate matters. And absent a change in ratio of tax revenue versus operating cost increases, more cuts in city services are inevitable.

A number of cuts will be easy to make, although politically unpopular.

Modesto will eventually close and sell its municipal golf courses. The courses have not shown a profit, so they are expendable

Police and fire expenses can be cut by contracting out services to Stanislaus County.  This is already being done by Riverbank and a few other cities. For a fee equal to or less than Modesto currently spends, the county would probably be willing to step in and provide the best possible service for the money allocated.

The convention center can either be sold or sent into foreclosure. The facility shows a net loss of several hundred thousand dollars per year. Absent managing it to at least break even, the city will eventually be forced to either sell or let it go to foreclosure.  Former Mayor Carmen Sabatino recently pointed out that the city owes as much on the property now as it owed when the center was built.

Water and Sewer Rates Will Increase

The build-up in deferred maintenance of both systems will result in higher rates. As major system failures increase in frequency, political pressure will eventually build to force the politicians to address the problem.

Stanislaus County will attempt to deal with some of Modesto’s ongoing road  deficiencies, in part, with a 2016 ballot initiative to raise the sales tax for improvements.  Given the lack of success in past elections, the passage of such an initiative is not guaranteed.