Well over six years after Stanislaus County launched its “Focus on Prevention” program to reduce homelessness, local streets, parks, riversides, freeway margins and the undersides of bridges are full of people with nowhere to go. The situation is the same throughout the San Joaquin Valley.

Statewide, efforts to place homeless people in shelters, hotels, and repurposed motels have been met with resistance from nearby businesses and residents who complain of drug use, sanitation issues, and theft.

Shelter for the homeless ranges from thin blankets — wet when it rains — through tarps and tents and on to sturdy plywood structures. A lesser-known but popular option is underground, including bunkers, tunnels, and carefully camouflaged holes.

Everyone recognizes California has an affordable housing crisis, but too few consider that many homeless people have no incomes at all and those who do, especially the elderly and disabled, don’t make enough to afford even a room at today’s prices. A study by the Los Angeles Times found that low-income housing developments in the Bay Area cost $900,000 per apartment; even in low-cost Fresno County, “affordable” apartments penciled out at $376,000 per unit. 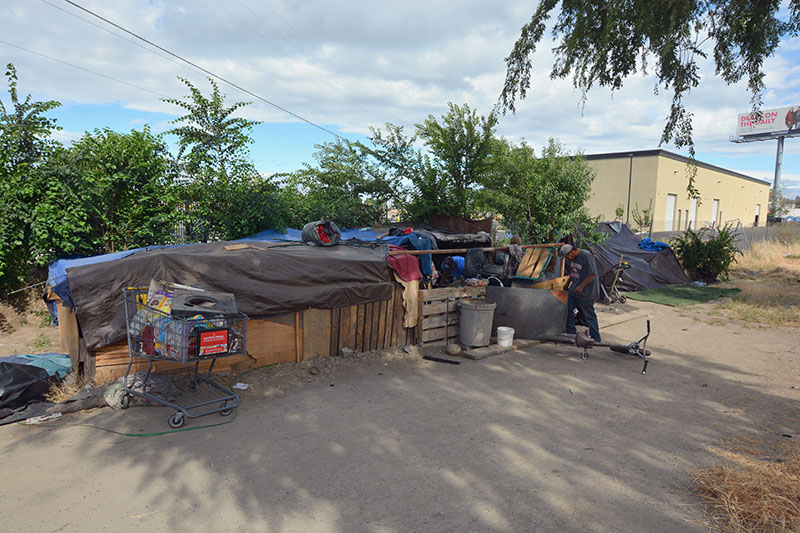 Given such prices and lag times for building, no one should expect California’s 140,000 homeless people to be housed anytime soon. Ironically, housing availability will increase when evictions start early next year, but almost no one will be able to afford the empty apartments.

In large part because of the Covid pandemic, it’s now estimated that two million people face eviction in 2021; with a median rent of $1522 for a one-bedroom apartment, out-of-work people won’t be moving in, nor will the working poor. Recently homeless people are actually more likely to benefit from shelters, hotels and motels than the long-term homeless, especially because so many long-term homeless are mentally ill, dissocialized, and in need of assistance once housed.

Shelter capacity everywhere has been greatly reduced because of Covid precautions, but will increase as vaccines are distributed and more people can be allowed in. The shelter concept, originally introduced to get out-of-work people back into the workplace, will be useful to help return recently displaced people to home and work, but won’t help the chronically homeless.

Stanislaus County’s low barrier shelter, which opened early this year, faced problems even before the onset of Covid and heightened restrictions. People left the shelter for various reasons, including ejection for breaking the rules and wandering away due to mental health problems. Today, a great many former shelter residents are back outside, angry that promises of housing were never met and more distrustful of authorities than ever.

Those same people stayed put when permitted to camp at Beard Brook Park (also known as Beard Brook Village) and the Modesto Outdoor Emergency Shelter (MOES) from 2018 until early this year, when MOES was shut down. Many slept securely for the first time in years, benefitted from volunteer efforts to provide food and clothing, and achieved a measure of stability from residence in a community of peers.

Critics of permitting homeless people to camp in designated locations complain of drug use, trash, and failures to improve and move on. They fail to acknowledge that drug use and trash are features of poor neighborhoods everywhere, and there’s no way to move on when there’s nowhere to go.

Given post-Covid realities, there’s a growing consensus that recovery after the pandemic will need to include new ways of thinking about homelessness and poverty. Foresighted leaders have already realized that burgeoning homelessness populations require both emergency and long-term responses, including tiered housing options, also known as graduated housing.

Tiered housing options include tents. Those who object to tents claim they don’t offer a long-term solution. What they do offer, however, is harm reduction. Tent communities, as Stanislaus County and the City of Modesto learned from Beard Brook Village and MOES, are easier and cheaper to manage than scattered populations of homeless camps, which are routinely uprooted and just as routinely pop up in new locations. 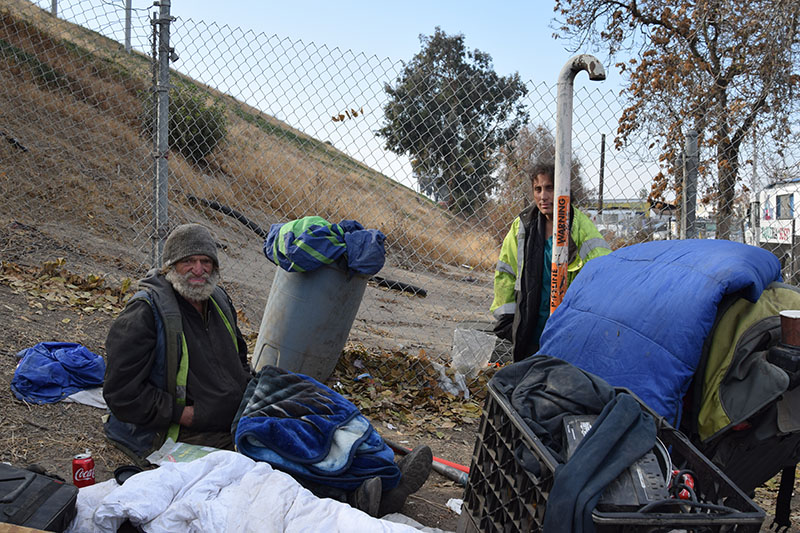 Graduated housing can provide both emergency and long-term solutions to the homeless crisis. With a progressive movement from tents to shelters to pods, sheds, containers or tiny houses, tiered housing options can provide both transitional and permanent shelter.

Our poorest people, including the long-term homeless, already form communities, however transient. Given the opportunity to camp or inhabit small, inexpensive shelter in permitted locations, they will cause far less harm and be easier to assess and manage than when scattered throughout the region.

The post-Covid future will include enclaves of inexpensive but highly functional housing and shelter options. They will be policed and administered the same way as traditional neighborhoods, except that they’ll feature more visitations from outreach and health workers. The alternative — more people scattered outside — will be a memory, except in the most backward regions.