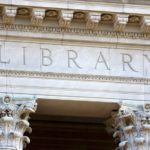 Readers of the late John Michael Flint’s Modesto Bee Community Columns were continually impressed with the breadth and depth of his knowledge. Few could have guessed he was mostly self-taught.

Flint claimed that when the movie, “Animal House,” was released it was so like his one and only year at college that he researched the script’s origins, convinced it was based on his own experience. Though his short acquaintance with college didn’t include much in the way of courses, he was nonetheless an exceptionally learned man who read voraciously: his university was the public library.

Flint read everything from John Grisham thrillers to American history to libertarian philosophy.  Virtually everything he read was borrowed from the Stanislaus County library. As a spirited participant in the American project of self-government, Flint took James Madison’s famous words to heart:

“A popular government without popular information, or the means of acquiring it, is but a Prologue to a Farce or a Tragedy; or, perhaps, both. Knowledge will forever govern ignorance; and a people who mean to be their own Governors, must arm themselves with the power which knowledge gives.”

The result of Flint’s lifelong project of arming himself with knowledge was an exceptionally well-informed citizen who shared his knowledge on the Bee OP/ED page with thirteen years of eloquent contributions.

It is a lamentable sign of the times that citizens must even consider the question of keeping our libraries open, but so we must. The one-eighth cent sales tax, which provides 84 percent of library funding, will expire in June of 2013 but must be approved by a two-thirds vote in the June 5 Primary Election this year. Fortunately, public-spirited citizens are already rallying around the library, and they form a diverse group.

Few Valley residents are as skeptical of taxation as Stanislaus County Supervisor Jim DeMartini, but DeMartini has already hosted a library tax fundraiser at his home near Patterson. Recently elected Modesto Mayor Garrad Marsh just had another fundraiser at the McHenry Museum. Both events were attended by people of every political stripe, from rock-ribbed conservatives to life-long leftists, every one united in support of our library system.

Springing as it did from the fertile mind of Benjamin Franklin in 1731, the public library was a wellspring of American citizenship even before there was a United States. It is among our greatest public institutions and among the greatest unifying forces our country shares. Today, the library includes more programs than ever, everything from adult literacy classes, to children’s story programs, to Internet access.

The most recent Stanislaus County year’s figures showed 3.59 million library transactions—remarkable testimony to the library’s enduring role in endowing even the humblest Valley citizen with the true wealth of the ages. And at one-eighth of a cent, even Ben Franklin’s Poor Richard couldn’t have conceived of a better bargain.