Few midterm elections have been as consequential as this year’s. Most observers are calling the elections a referendum on Donald Trump, but off-year elections generally do reflect on the president, no matter who’s in office.

Jeff Denham has tried to characterize Turlock native Josh Harder as an outsider for good reasons; Denham himself is part-owner of a business in Salinas; his partner lives in San Francisco. Denham hopes he can make people forget he’s a carpet-bagging professional politician who votes with his party 97.8% of the time.

Like every professional politician, one of Denham’s practiced skills is the ability to talk out of both sides of his mouth with equal volume and conviction.  On no issue is this more evident than water.

Jeff Denham’s solution to the state’s proposal to increase flows along our local rivers was to attend a rally in Sacramento. Other than that, he has nothing to offer. But it’s really worse than that.

Denham has supported prohibitions on litigation for the Delta Twin Tunnels and the California Water Fix. What this means is he supports sending (our) northern California water south to his Republican buddies in the southern San Joaquin Valley.

Some of Jeff Denham’s biggest local donors support sales of District 10 water to buyers in Westlands Water District. How logical is it to complain about a state water grab while working to send local water south? It may not be logical, but it’s easy when you’ve mastered the art of talking out of both sides of your mouth with equal volume and conviction. 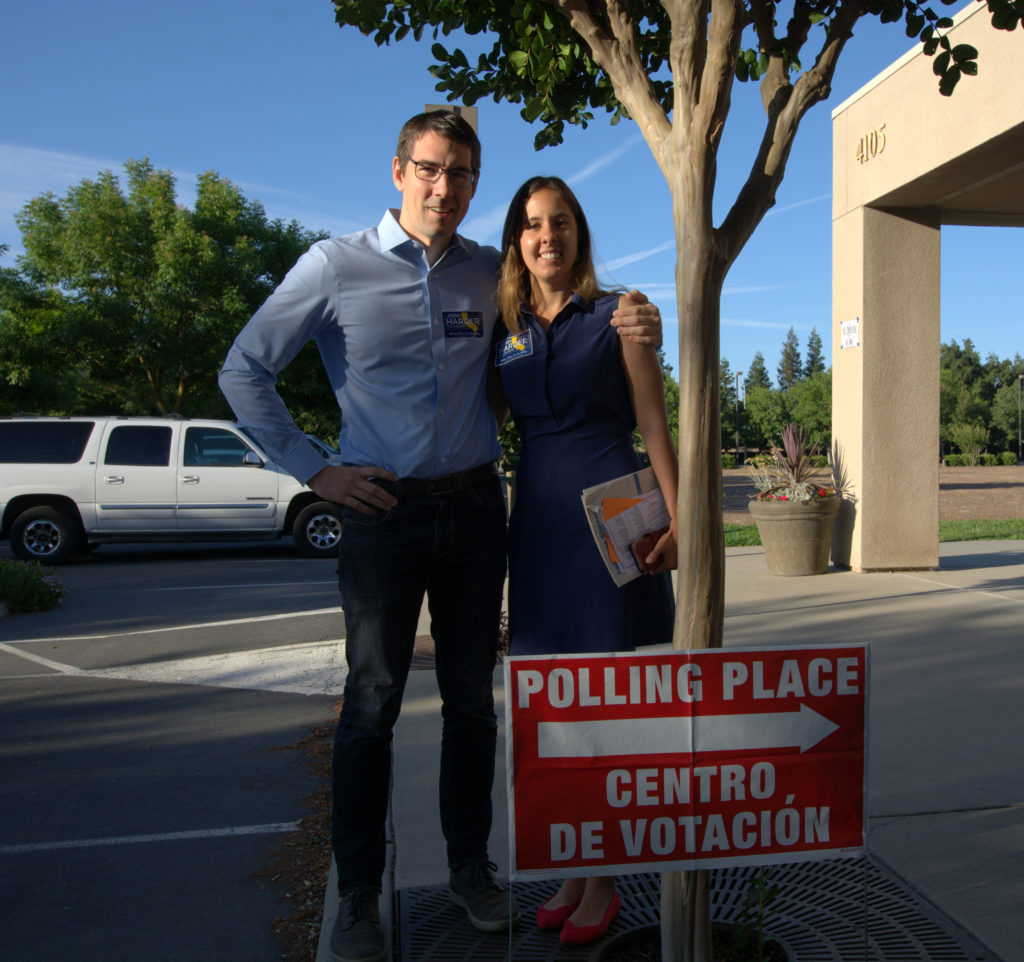 Jeff Denham? Jeff Denham just moved from Virginia to Washington DC, but he was “DC” Denham long before the move. His loyalty is to the Republican Party, and especially to his buddies Devin Nunes, David Valadao and Kevin McCarthy, all of whom are very appreciative of his work to send our water south to their big donors.

Anyone who wants to learn just how much Jeff Denham appreciates his constituents need only know that after he promised hundreds of people at a town hall meeting to support their health care concerns, he voted against them.

Even the Modesto Bee, a former supporter of Denham, has revoked its support and endorsed Josh Harder. The Bee’s Mike Dunbar also just recently pointed out attempts by the Denham campaign to spread lies about Harder and send bogus letters to the editor in support of Jeff Denham.

There is no greater need today than honesty and integrity in government. Jeff Denham is part of a stinking sewer of corruption that won’t be drained until we elect new candidates from both parties.

Josh Harder will work for affordable health care, will protect Social Security and Medicare, will fight to keep District 10 water in District 10, will work for fair immigration reform, and will bring jobs to our local economy. Valley voters who want an honest and ethical Valley citizen who will represent their interests instead of the interests of corporate donors and party hacks will vote for Josh Harder, a true native son and man of the people.

Damrell is among a tiny few local candidates who have ever had multiple endorsements by both Republicans and Democrats. He is a life-long resident of Modesto, possesses an even temperament and pragmatic approach to problem-solving, and works well with everyone.

Tom Berryhill lost contact with the district years ago and would need months and months of catching up just to comprehend the multiple issues involved in homelessness alone, let alone all the other pressing concerns in District 4. He is not well and even if he were, Damrell is by far more qualified. Vote Damrell.

Is it amusing when someone who voted for Trump tries to make ethics and morality issues in a Supervisor’s race? Hypocritical? You make the call.

Birgit Fladager’s vengeful and baseless prosecution of Frank Carson has already cost Stanislaus County millions upon millions of dollars, and will cost exponentially more when he and his co-defendants counter-sue and win. The horrendous turnover in her office seals the deal. Vote for John R. Mayne.

The Turlock Mayor’s race is very difficult. We don’t feel Amy Bublak is prepared enough. Gary Soiseth is bright, focused, and well-qualified, but he’s had too many conflicts of interest and has trouble working with others. That leaves Brad Bates.

City Council is an easier call. Andrew Nosrati is a Turlock native with broad business experience. He understands his city and realizes our economy in general needs a boost; he’s got the economic chops to contribute.

Though Nosrati would be a newcomer to the council, Forrest White has served on the council before. White has extensive knowledge of the city, including work as the City Recreation Supervisor. He was part of city government when Turlock was recognized for efficient city management and consistent improvements in quality of life (2010-14). Given recent turmoil under Soiseth, White is a logical choice to help restore comity and efficiency.

Former candidate for congress Dotty Nygard is the ideal public servant. Her experience as an Emergency Room nurse shows she’s ready for most anything and her long involvement in public affairs has prepared her to deal with local government and beyond. She’s already had experience on the Riverbank City Council, understands how city affairs connect to the county and congressional district, and will put people before party. Tracy could not have a better candidate.

Dan Arriola will offer a perfect complement to Nygard; together, they’ll move Tracy forward. Vote Lori Souza and Simran Kaur for School Board. No on M.

THOUGHTS AFTER THE HORROR IN PITTSBURGH

It might be thought-inducing to argue that this year’s elections are a referendum on the Party of Trump. Except for a couple of cases when the party member is not running for office, Republicans have endorsed the Trump agenda unanimously. While there have been muted murmurs from local politicians about the harmful effects of tariffs, not a single local Republican candidate has taken a stand against Trump’s racism, xenophobia, exploitation of public lands—including opening of the Valley to fracking—and coddling of Nazis and other white supremacists.

Moreover, our Republican leaders have been silent about Trump’s rejection of the science of climate change, which will have huge impacts on Valley agriculture, among manifold other things. Local leaders have also acquiesced to attacks on Social Security, Medicare, and health care in general. Some have given lip service to immigration reform, but still fall into line on the absurdity of Trump’s wall.

When you are marching in a parade with a Nazi to your right and a Proud Boy to your left, you are in the wrong parade. We have seen a rise in the presence of Proud Boys and members of Identity Europa here in our Valley, and yet we have seen no denunciation of these groups by our political leaders, who seem to be taking cues from the president.

Enough is enough. Every Trump Republican who gets into office is a dripping poison sac spreading lethal toxins throughout the body politic. They all must go.