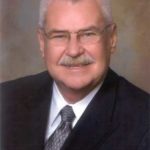 Carol Whiteside was Modesto’s last progressive mayor. She served from 1987 to 1991, when moderate Republicans were still permitted to look forward rather than backward. Whiteside was a leader in the smart growth movement, an early supporter of the original Village I concept, and a visionary who saw in Modesto a future of smart growth and farmland preservation. She served only one term, mostly because she answered Sacramento’s call when the state capitol came recruiting her many talents. She was succeeded by Dick Lang.

In 2000, Carmen Sabatino, a perennial anti-establishment candidate, swept into office on a tide of dissatisfaction with the Lang administration, which was characterized by a lack of transparency and the strong suspicion that Lang and his Council were in the thrall of local developers. Sabatino’s tumultuous term featured exposures of theretofore untouchable pillars of power, including Stanislaus County CEO Reagan Wilson. He exposed a stealth plan to build a dump on the County’s West Side, embarrassing the Stanislaus County Supervisors who had endorsed the plan. He also trumpeted the Village I fees shortfall, which many attributed to Lang and his Council.

While popular with many of his supporters, who had grown tired of back-room deals, a stealth government, and complacent incumbents, Sabatino took a severe knee-capping from a host of criminal charges that in retrospect seem trumped up at best. Tarnished by charges that ended in a hung jury, Sabatino served only one term.

Sabatino was followed by Jim Ridenour, who was feted at Tuesday’s reception. Ridenour’s two terms were quiet to the extent that some began referring to him as, “The Stealth Mayor.” In fact, in what may have been a slip of the tongue, City Councilman Dave Lopez remarked upon learning of Marsh’s victory that, “It will be a pretty open mayor’s office, more accessible.”

Subsequent to Lopez’s remarks, the county’s nine mayors, led by Ridenour, were charged with violating the Brown Act, which requires public business be done in public. Ostensibly, the mayors had been meeting to discuss regional planning. In fact, the only “planning” evident to close observers has been for a sprawling megalopolis that would devour farmland south from Oakdale and west to Patterson, including all points in between and many beyond.

It’s no secret that Ridenour preferred to work behind the scenes, and those who followed the Brad Hawn campaign couldn’t help noticing that Hawn himself took great pride in his own penchant for working, “behind the scenes.” It was thus no accident that a major plank in Garrad Marsh’s campaign platform was for transparency in government.

After a series of speakers at Tusday’s reception, the vast majority of whom were sitting politicians who had endorsed Brad Hawn, Garrad Marsh took the microphone. The roar that went up as he took center stage was the loudest of the night by magnitudes.

Marsh graciously thanked Ridenour for his service to the City and made a special point of noting Ridenour’s skillful managing of the budget during precarious economic times. He made the occasion Ridenour’s rather than his own.

Nonetheless, Marsh’s election is potentially a watershed event in Modesto history. The local establishment worked almost as hard to defeat Marsh as it did to unseat Sabatino, although it didn’t stoop as low. And Marsh could be as progressive as Carol Whiteside and Peggy Mensinger, Modesto’s last visionary mayors. In fact, “vision” was another key plank in his platform—a vision including smart growth and farmland preservation.

Marsh faces a multitude of problems, not the least of which is a budget ever more constricted by low revenues. On the other hand, there may have been no previous time better for planning smart growth, urban boundaries and farmland preservation. Marsh’s many supporters are confident he will have the courage to make a bully pulpit of the Mayor’s office and speak loudly and clearly for the platform that enabled his impressive victory.

The next big chapter in local political history will concern what is done to prevent Modesto’s new mayor from achieving his goals. If the past is precedent, it will be a no-holds-barred cage match, featuring dirty tricks, low blows, cork-screwing and back-stabbing. Stay tuned.