For many of us, the cause of homelessness is simple: “It’s the drugs.”

Not far behind drugs as a cause of homelessness is the belief that, “They’d rather be homeless than work for a living.” This explanation goes back to Ronald Reagan’s declaration in 1982 that, “the people who are sleeping on the grates — the homeless who are homeless, you might say — by choice.”

Neither explanation is going to hold up when people displaced by the economic effects of Covid-19 begin flooding our streets and parks, an outpouring that has already begun and will get much worse as unemployment benefits and eviction moratoriums expire. For many people, relief efforts from state and federal governments will prove to be too little and too late.

Close observers of the homeless population in Modesto and other Valley cities are already seeing an influx of people new to the streets. They also realize that those presently living in their cars, a growing group that is seldom included in counts and surveys, will be on the streets when their cars break down, their insurance runs out, or when their vehicles are impounded for parking violations.

And when people realize our newly homeless people are homeless because of circumstances beyond their control, they may start seeing long-term homelessness in different lights.

Consider, for example, the homeless people who are disabled. Their only income is from disability insurance. For most, payments are around a thousand dollars a month. These disabled homeless people are on the streets because they can’t afford to pay rent. Even in Modesto, where Bay Area workers flock because of “affordable” housing, average rents are $1340 a month and average apartment size is only 748 square feet.

Other homeless people are elderly and receive incomes from Social Security. Those incomes, even when combined by couples, often amount to a sum too small to afford food and shelter in a state where soaring housing costs continue to consume ever greater percentages of people’s budgets. In fact, over forty percent of California residents already spend more than thirty percent of their incomes on housing costs. 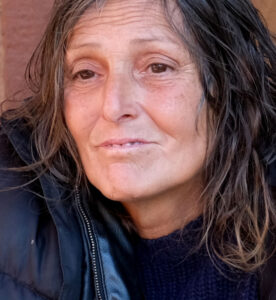 Sapolsky has also documented the effects of stress on brain function; not surprisingly, stress has negative effects on decision-making. Long-term stress damages the brain irreparably. Few things are as stressful as homelessness.

Covid-19 is burning through the San Joaquin Valley like an inferno and will lead to even higher levels of homelessness and poverty in a region where homeless people already camp along the freeways, sleep in the parks and on the sidewalks, and pitch their tents along rivers and under bridges. Authorities have responded with attempts to place homeless people in shelters, hotels and remodeled motels, but the expenses have been astronomic.

In Modesto, repurposing a motel ran months behind schedule and cost upwards of $8,000,000 for 103 rooms, not counting management costs going forward. Efforts in New York and San Francisco to place homeless people in hotels have been met with protests about drug use, petty theft and sanitation issues.

Forward-thinking authorities have already realized that conventional approaches to an escalating crisis aren’t going to work. Even tiny houses and container conversions are prohibitively expensive and require lengthy lead times to become operative.

In Sonoma County, local leaders reacted to the homeless crisis by establishing an emergency community of over sixty tiny shelters in only ten days. The shelters, with a minimum size of sixty-four square feet, can be heated and air-conditioned. Toilets and showers are communal. At starting costs of $7,000, the units offer all the amenities of motel conversions at a tiny fraction of the costs, and can be ready almost immediately.

In 2019, Stanislaus County and the City of Modesto permitted homeless people to camp in a local park. Several months later, residents of what came to be known as “Beard Brook Village” moved to a nearby location under Modesto’s Ninth Street Bridge, to an encampment officially named the Modesto Outdoor Emergency Shelter (MOES).

As the MOES homeless population grew to over 400 residents, quality of life crimes dropped citywide. The concentration of people made it easier for volunteers and donors to offer time and resources, including food, clothing, and pet care. Costs worked out to about $13 per person per day.

MOES closed down when city and county authorities decided to transition people into extant shelters and a new low-barrier shelter in the Salvation Army’s Berberian Building on 9th Street in Modesto. However, the new shelter had only 182 beds, and extant shelters were full. No one seemed concerned about the shortfall of space as the majority of MOES residents were pushed back to the streets.

Today, after years of effort and expenditures of millions of dollars, there are as many homeless people in Modesto and throughout the Valley as ever, with more to come. Former residents of Beard Brook Village and MOES can be found scattered around Modesto, bedding down wherever they can as winter temperatures plunge toward freezing.

Meanwhile, cost-effective, humane, and timely responses to the rapidly escalating homeless crisis are readily available for those regions whose leaders have the political will to act decisively, and so is funding.