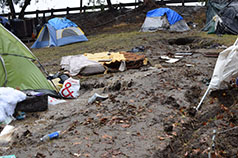 Flooded and collapsed tents at Beard Brook Village became routine as the first real storm of the season hit Modesto this week. The heavy downpour ran off the road above the tents at Beard Brook Park, cut channels along the sloping hillside, and wreaked havoc with campers ill-prepared for heavy rains.

With little to no vegetation on the hillside, the clayey soil became dangerously slick on its surface and sticky underneath. The weather was hard on campers new to homelessness, but veterans of the streets and parks took it in stride—they’re used to hardship.

If more rain is in the offing, and it most likely is, city and county authorities are going to have to act fast to take advantage of the opportunity the homeless encampment provides. The best part of the park for camping is the flat, grassy area near the north entrance. It was recently converted to a dog park and fenced off, but allowing campers to use it would help solve problems with mud and water on the hillside where most of the tents have been placed. There are also other flat spots nearby.

While plans have been afoot for years to construct a “Navigation Center” that would provide access to services for homeless people, it’s ever more clear that dollars spent on such a project would be better used to provide shelter and housing.

Beard Brook Park, now becoming better known as “Beard Brook Village,” offers most of the benefits of a Navigation Center at a tiny fraction of the cost. The encampment also offers ample evidence that “navigation” isn’t what most homeless people need or want.

First of all, the whole notion that there are services to remedy homelessness is bogus. Yes, we have some excellent programs for mental illness, addiction, and even job training, but they’re all at or beyond maximum capacity—they can’t handle even a fraction of the 400+ people at Beard Brook. And even when these services work, the outcome is most often a release back into homelessness. 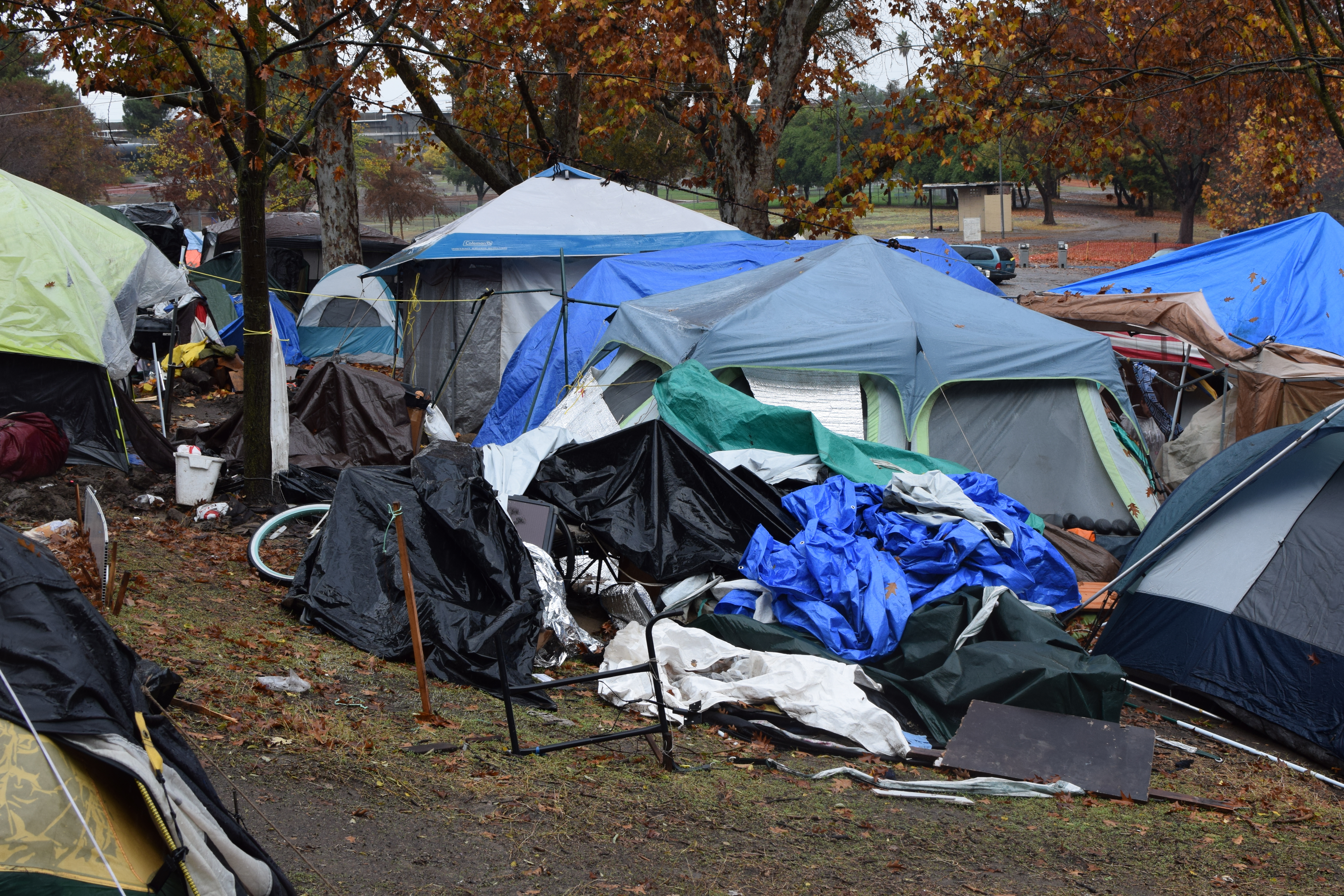 The belief that a person with a long history of homelessness will mainstream into the workplace after a few weeks of rehabilitation is a comforting fantasy, but that’s all it is—a fantasy. If you have no assets—no money, no car, no place to stay—and a job that pays average Valley wages, there is no way you will be able to house yourself. And without housing, you aren’t going to be able to keep your job.

The stark reality is many among the homeless population can’t work anyway. The mentally ill, the disabled, and the old and infirm aren’t going to be mainstreamed into the labor force. Drug addiction, rampant among homeless people, isn’t going to be cured in a few weeks or even a few months. And when it is, the homeless person will still be homeless.

Consider also that a significant portion of homeless people have incomes and would gladly provide a portion of those incomes toward housing. Most people on disability have incomes around $900 per month. That’s the case with Cathy Heap and her husband. Both receive disability, but even the combined incomes don’t provide enough for housing. For the past seven years they’ve lived in their car, and whatever extra money they managed to set aside went for repairs.

City and county authorities need to act fast and commit to making Beard Brook Village work. The alternative is a return to the futile routine of chasing homeless people from street to street and park to park while waiting for the chimerical fix of a “Navigation Center” for people with nowhere to go but back to the streets.