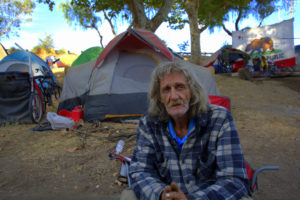 Modesto — News that Stanislaus County Sheriffs enforced removal of a homeless camp in Turlock has prompted increased concern among homeless advocates that the encampment in Beard Brook Park may soon suffer the same fate.

Now rechristened, “Beard Brook Village,” Beard Brook Park has long been a favored site for homeless campers, some of whom have frequented it on and off for a dozen years. Its isolated location in an industrial neighborhood reduces the complaints from homeowners that plague homeless people in most other parks to a scattered few.

But homeless people in Beard Brook were subjected to increased vigilance from authorities when Modesto’s new Mayor and City Council vowed to, “take back our parks.” Whereas in most parks this simply meant more than the usual police presence, in Beard Brook an ambitious clean-up included installation of a dog park and plans to encourage more use.

Many people wondered whether the dog park was worth the time and expense, given Beard Brook’s isolated location, but others saw the project as symbolic of the city’s commitment to resolving a homeless problem that has only worsened over the years.

But a recent decision by the Ninth Circuit Court that cities must allow homeless people to sleep in public spaces absent other alternatives precipitated a decision by city authorities to offer Beard Brook as an “alternative” in the form of a permitted encampment. Two months after that decision, almost 400 people have come to, “Beard Brook Village,” and more arrive every day.

Homeless advocates who have argued the city and county need a “low-barrier” shelter have praised the encampment as the least expensive alternative to spending millions on a new shelter or “navigation center” that wouldn’t really meet homeless people’s needs. Nonetheless, city and county officials have emphasized all along that Beard Brook Village is a temporary solution until a better way can be found to address the court’s ruling. 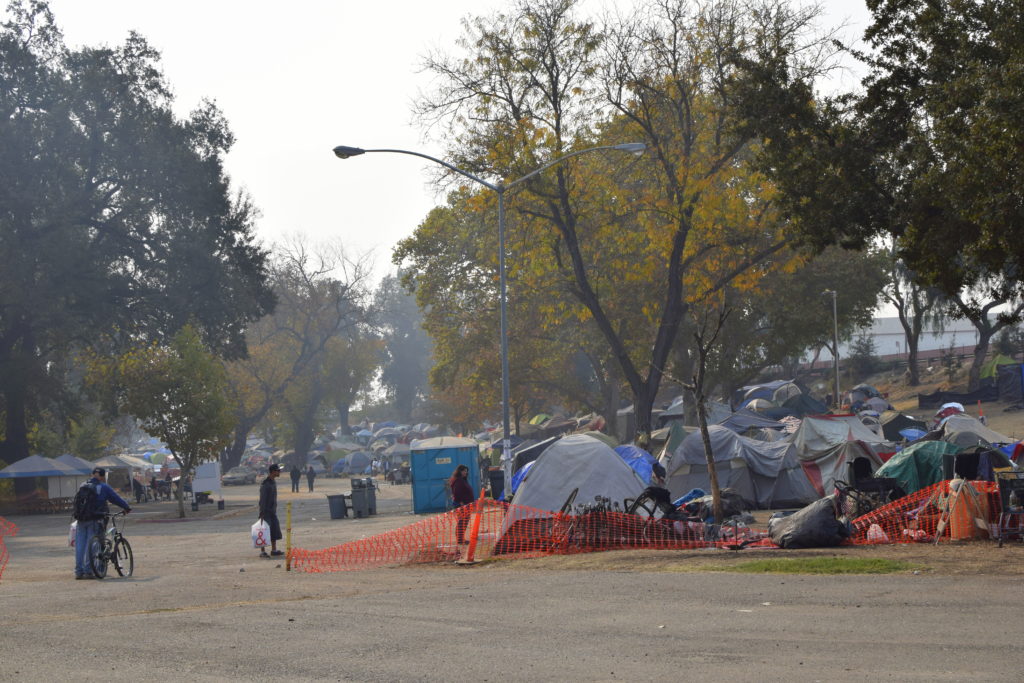 Now that homeless people have been rousted from the Turlock location, it appears local authorities may be pushing back against the idea that allowing sleeping is tantamount to allowing camping. There have also been rumors that some city and county officials have been against allowing camping from the beginning. If so, it could mean they prefer a return to the vicious circle of chasing homeless people from location to location and back again.

There could also be a less obvious reason for removing the encampment. With over 400 homeless people situated in one location, the inadequacy of local social services to address homelessness is completely exposed. Justification for the expense of shelter and navigation centers has always been based on the notion that once homeless people were connected to the appropriate services, they could be mainstreamed and housed.

The reality is that even if there were services that could somehow quickly rehabilitate homeless people to mainstream status, there’s nowhere near enough affordable housing available even for those few who might manage to generate enough income to pay for it.

And anyone with real world exposure to homelessness quickly realizes the high percentage of mentally ill, disabled, and elderly people in the homeless population will require more than transitional services, beginning with a place to live. Many will require assisted living and supervision. The dollars needed for even that segment of the homeless population just aren’t available.

While encampments like Beard Brook Village may not offer a perfect solution to homelessness, they offer a far better alternative than chasing people around in circles. And once they understand the futility of spending millions on navigation centers that can only tell the majority of homeless people there’s nowhere to go, local authorities might just consider putting money into affordable housing, where they’ll get a far better return on their investment.