While Turlock officials and Amazon flacks were still unwilling to confirm that a huge warehouse was going to be a fulfillment center for the internet giant, a burning question remained unanswered:

Just how many shiny, commemorative shovels was Amazon going to provide for the groundbreaking ceremony?

Several examples of those shovels were presented to City of Turlock managers so elected council members could be photographed “digging” into the earth at the site at Fulkerth and Fransil where a 1,000,000 square foot warehouse is to be built. Some were all chrome, others stylishly black and chrome. You could have the name of the city, or the city seal!

Turlock officials processed this project in secret, with non-disclosure agreements signed by city employees, with the express permission of the City Council, and silence all around from elected officials lest one of them queer the deal by leaking its existence. Amazon’s straw men were basically promised that the public would not have a chance to muck things up.

Although there were some consent items in city council agendas in the local paper, the Turlock Journal apparently didn’t tumble to the project, or if it did, kept quiet about it for fear of being blamed for a pull out by Amazon. (We couldn’t find any articles in a Google search so emailed the Journal asking for a citation to any article. We received no response)

We stop now to disclose how we know about shovels, and secrets, and staggering development costs. In late April, Modesto Bee reporter Kevin Valine pulled a thread and discovered that a development firm had put a together a number of parcels in the Westside Specific Industrial Park, and was planning to build a huge “fulfillment center.” Nobody would confirm it was for Amazon.

At the time, Xavier Van Chau, the western region spokesperson for Amazon, said, “We don’t have any specific operation plans to share at this time.”

Valine, and reporters Marijke Rowland and Kristen Lamb, weren’t initially able to ferret out much in the way of confirmed detail. So, we presented Turlock with a formal California Public Records Act request for all documents related to the project and last Thursday Turlock responded with a three-segment document dump.

In all, and in digital form, they sent several thousand pages, primarily emails. We call it a document dump because it included, for example, a page for each of the recipients of an email, or each of those cc’d. It included cover emails, which indicated attachments without producing those attachments.

We are calling it a lifetime production because we are not sure if we have enough years left to read each and every document. So we skimmed, and came up with the “facts” we’ve detailed.

Still, the bottom line is although those shiny shovels may not have been yet thrust into soil, it’s already too late to do anything other than to assess the problems that might arise from allowing this project to sneak into this fast growing town hard against the southern boundary of Stanislaus County. 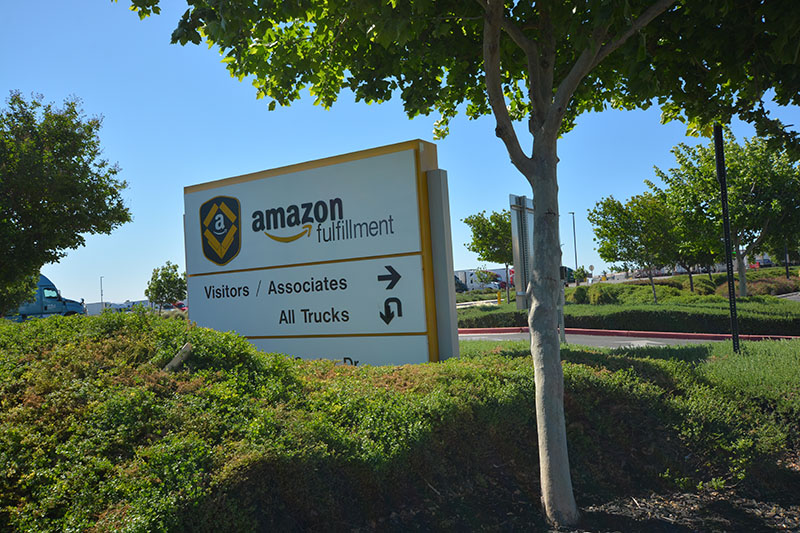 Amazon has perfected this approach to development for whatever real or imagined benefit or purpose. Maybe it doesn’t want public input because of the experience that followed development in other cities and towns.

Amazon needs an existing large pool of potential employees with no more than high school educations because they will be offering only a tad more than minimum wage. Turlock apparently fits this bill.

This large pool of the minimally educated is needed because Amazon will “churn” through this pool, given the threat of repetitive stress injuries, which arise because of the nature of the work in these warehouses.

Those last two paragraphs reflect arguments made based upon a history gathered from warehouse experience in the Ontario area in Southern California by the Warehouse Workers Resource Center, a non-profit in the Inland Empire.

The connection between the educational level and wages seems obvious, the “churn”, less so. It turns out that after about three years of doing the “picking”, (taking the product out of racks, scanning it then putting it onto conveyors) the risk of the repetitive type of injury increases.

Additionally, it is not unheard of at a fulfillment center that an employee with three years of stellar service be offered a buyout. For a low wage earner, the handshake doesn’t need to be solid gold. Amazon workers are fungible!

Preventing public input does not allow those who could stop the train to focus on some detriments. One study found that for every dollar of payroll there were 24 cents worth of downsides, ranging from health problems to increased use of food stamps. 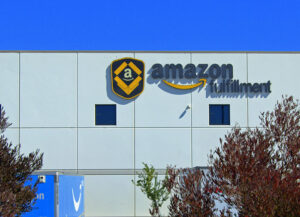 Now a full-time employee is not going to be eligible for food stamps until they have a very large family, but part-timers can be. While the project is supposed to generate 1,000 or so jobs (and plans call for 1,000 parking slots on site) observations of the parking lot at the Patterson facility has been said to show 250 or so cars in the lot at any given time, other than during the Christmas holiday shopping season or on Amazon prime days even though the 1,000 or more jobs was projected for that westside development.

We have already touched on other needs. For example, low-income housing needs may arise because the $15.75 per hour wage isn’t going to allow rent or purchase of housing at market rates.

I guess the only public input about this project will come at election time. Then the voters can look at the photographs and see which officials are shown at the ground breaking with their shiny shovel and hard hats…HARDHATS…wait, there’s been no mention of hardhats.