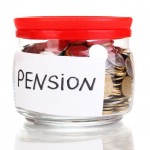 News item from the Modesto Bee: Cost for the City of Modesto to leave CalPERS: $1 Billion plus.

In the early 2000’s, the Modesto City Council reviewed an analysis of the fiscal integrity of the California Public Employees’ Retirement System, otherwise known as CalPERS. The presentation was made in the context of proposals to lower the retirement age of public employees and/or raise future benefits.

The analysis revealed that CalPERS was flush with cash and would always have plenty of money to pay benefits. The picture was so rosy that it appeared that public employee benefits could be increased without ever increasing the cost to taxpayers.

The net effect of the presentation on the Modesto City Council at the time was to allay any concerns about CalPERS ever having financial problems or that the city would ever have to pony up extra funds to bail out the system. In its wisdom at the time, the Council did NOT opt to reduce the retirement age or up the benefits package of its classified employees. The Council felt that the city’s existing retirement package was competitive and fair. Raising the benefit was considered unfair to the taxpayers.

Given the rosy outlook presented before the crash, imagine the shock the City Council of 10 years ago would experience if it had known that by 2013, the City Council would explore the cost of leaving the CalPERS system!

Based on Modesto’s experience with CalPERS, one wonders how many other communities used the early 2000’s rosy information from CalPERS to increase taxpayer costs for employee pensions. It’s easy to see how the increased pension liability combined with shrinking tax revenue created catastrophic budget situations throughout the state.

Hindsight is always 100 percent correct. But along the way, simple decisions based on faulty assumptions can result in catastrophic results years later.

Modesto Has Choices Regarding Its Commitment to CalPERS

In 2013, Modesto could choose to leave CalPERS–if it were willing to pony up over a billion dollars. This clearly won’t happen.

In order to reduce costs, Modesto can either reduce the CalPERS pension package for new hires or put new hires entirely into the Social Security program. Another option would be to offer Social Security and have a CalPERS component that is smaller than the current commitment.

For current employees, the Modesto City Council can make changes, but would be wise to do so by including the input of affected employees who would have to live with a revised system.

Making employees pay the entire cost of their pension plan would make future hiring very difficult and would cause a migration of current employees to other jobs elsewhere. During a recession, when jobs are scarce, employees can be preyed upon. In the long run, the community would suffer from the loss of employees with vital institutional experience.

Reducing the employer contribution CalPERS to save taxpayer money would have an effect similar to a pay cut. While such a proposal is not as draconian as paying nothing, the result would make Modesto less competitive in the labor market. Modesto city government has highly skilled employees whose worth should be accurately valued and compensated.