Below, Bruce Frohman joins Steve Ringhoff in taking a close look at the consequences when Amazon comes to town. Like Mr. Ringhoff, Frohman believes the reasons Amazon often clouds its arrival in secrecy are not benign. 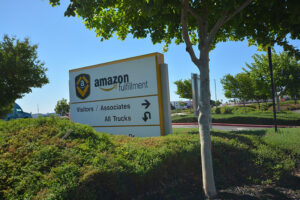 Politicians operate under the presumption that any business creating new jobs in a community will be a benefit. When a company the size of Amazon comes to town, heaven and earth are moved to approve whatever it wants.

In the short run, the benefits of job creation are undeniable. Economists and politicians sing at length about the benefits to the community, so we need not reprise their lyrics here.

Excepting for thoughtful critiques from observers like Steve Ringhoff, analysis of what kinds of jobs are created and the long-term economic effects gets lost in political fanfare and hyperbole.

Amazon will build a distribution warehouse in Turlock. It will hold stuff that will be distributed when ordered. The facility will serve as a big box store without sales people or showroom. Workers will pack and ship internet purchases in a factory setting.

The front page story in the May 23, 2021 Modesto Bee promises 700 jobs in a one million square foot warehouse. Amazon is famous for pushing automation. How many of the 700 promised warehouse worker jobs will eventually be eliminated?

Amazon pays about $15 per hour, barely high enough to rent locally and nowhere near enough to ever buy a home. Working conditions in non-unionized Amazon warehouses are known for being unenjoyable. Will the new facility be better?

Amazon has high paying jobs. But nearly all of them will be located elsewhere. Turlock will mostly have the lowest paying company jobs in the entire country.

During the Covid pandemic, many people shopped online to eliminate the need to visit local retailers for necessities. Local businesses saw profits plummet as volume dropped. Some businesses closed their doors for good.

The goal of Amazon is to dominate retail sales worldwide. Turlock is an easy mark.

Look for a particular product at different points in time, and you will notice that prices on the Amazon web site are constantly changing. The company can instantaneously change prices to meet or beat the price either at all local stores or maybe the store your smart phone-tracking device says you visited; or, it may quote a higher price if you did not visit any store. 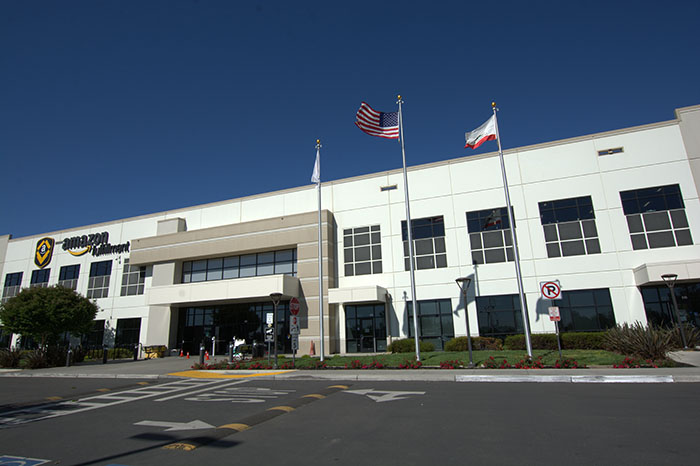 The consumer’s lowest price assumption creates a bias against local retail stores. In time, the bias will erode local stores retail traffic and drive them out of business, resulting in retail sector job loss. Without local competition, Amazon would be free to raise prices.

Turlock owned businesses retain profits in the community for their owners. But Amazon profits flow to corporate offices out of state. Eventually, sucking of profits out of Turlock will reduce the community’s wealth and cost more jobs than the warehouse will create. Amazon’s warehouse will eventually turn into a net loss for the community.

We won’t discuss the predictable negative impacts of lost farmland taken by the warehouse and traffic impacts.

Allow the Warehouse or It Will Be Built Down the Road

Amazon can pretty much have its way with Turlock. If the warehouse is turned down, it can be built down the road in Livingston, Hilmar, or Delhi.  Undoubtedly, communities with economies facing greater hardship will be welcoming.

But the Turlock center places the warehouse in closer proximity to customers who will soak up the products inside the big box. The company will deliver product at lower cost than from a warehouse down the road and more easily bankrupt the competition. In approving the warehouse, the Turlock City Council may have doomed its retail future. 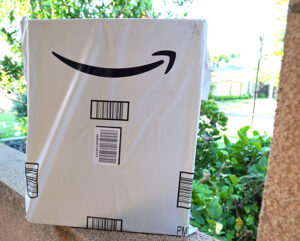 Short term planning is much easier than long-term management. Thus, politicians do not have the foresight to see the drawbacks of the Amazon warehouse. Like the true peril of the Covid virus was hidden from those who refuse to wear masks, the virus of Amazon retail is similarly unacknowledged. Until one becomes sick, the presence of a virus is not evident.

The role of government is to manage competition. Its responsibility is to keep the free market from being corrupted by lopsided economic forces like Amazon. But retail competition is thick, and the diseased part of the marketplace is not easy to spot.