Assistant Secretary of Interior David Bernhardt doesn’t get much attention. He probably likes it that way. If more people knew about his previous job as a high-priced lobbyist for Westlands Water District, there might be more publicity about his attempts to influence California water policy.

As it is, the people getting credit for the Trump administration’s western water policy are Jeff Denham, David Valadao, Devin Nunes and Kevin McCarthy, all from the San Joaquin Valley. Jeff Denham is the only one of these representatives from a district that consistently claims to have “surplus water,” even during droughts and the imminent threat of a state “water grab.”

The Oakdale Irrigation District (OID) routinely sells its “surplus” water outside the region, and its best customer by far is Westlands Water District, recently also one of David Bernhardt’s best customers. Westlands Water District has no real water rights. Instead, it has contractual rights based on availability of water during wet years; these rights are known among water insiders as “paper water” because they have no basis in history and are subject to any number of contingencies, including drought, dry years, endangered species, and competitive bidding.

Recently, OID has had trouble selling its water because of lawsuits brought forward by the Oakdale Groundwater Association (OGA) challenging OID’s failure to account for the effects of its water sales on the region’s groundwater levels. Over the last twenty years or so, tens of thousands of acres of almond and walnut orchards have been planted in the foothills, just outside OID boundaries. The trees are almost solely dependent on groundwater and are draining the last great aquifer in the San Joaquin Valley.

California’s new groundwater rules require local authorities to achieve groundwater sustainability within twenty years. Local water districts must also show signs they are working to achieve sustainability. When a local judge ruled against OID in its case against the OGA, he added that OGA had provided a public service by bringing the suit.

The judge recognized that protecting our groundwater isn’t just a matter of law, it’s a civic duty, especially given the imminent threat of climate change. Water itself is a public resource that has become commodified and thus subject to exploitation.

Consider, for example, farmers within the Oakdale Irrigation District. They get water at ridiculously low rates beginning at $4 an acre foot—far below the cost of delivery. Meanwhile, water rates for urban users are skyrocketing.

The low rates for Oakdale farmers are subsidized by water sales far outside the district— mostly to Westlands—even though farmers within the OID’s sphere of influence are willing to pay rates high enough to pay not only for the water but also the cost of delivery. Anyone curious about OID’s refusals to deliver water locally need only remember the basic answer to most all questions involving water: Follow the money.

Westlands Water District may not have sound water rights, but it does have some of the finest lobbyists and politicians money can buy. It also benefits from the Central Valley Project, a New Deal program that at the time was routinely described as a “subsidy.” The idea was to deliver water from the northern part of the state to farmers in the arid region of the southern San Joaquin Valley. The project was initially intended for small farms— no larger than 160 acres—but that limit was soon superseded. 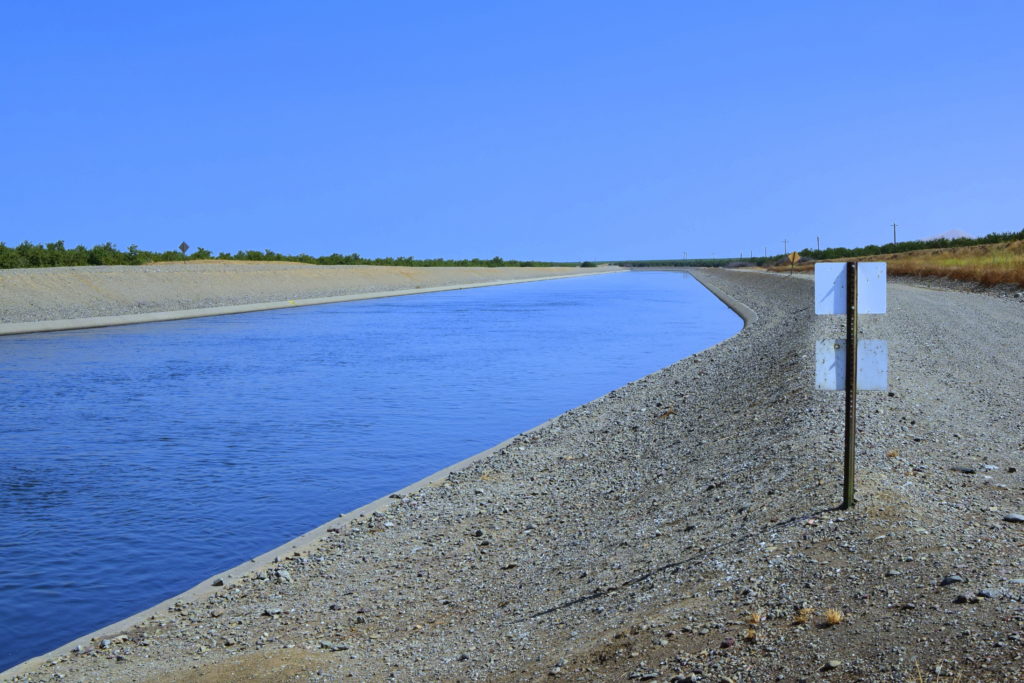 Today, politicians in the southern San Joaquin Valley are on a constant hunt for water. Since they have few to no true water rights, they have to get water through political machinations. One of the latest was an attempt to prevent litigation against the Delta Twin Tunnels and the California Water Fix. The Delta Tunnels and the California Water Fix are intended to make it easier to send northern California south, including water from the Oakdale Irrigation District.

Jeff Denham has not only supported legislation to prohibit lawsuits against the tunnels and Water Fix, he’s also supported new legislation to fast track water deliveries to the southern San Joaquin Valley. Denham has said water sent through the San Joaquin Delta doesn’t affect his district, when in fact OID water sales are delivered via the Delta.

Jeff Denham has touted the recent headlines and fanfare about the Trump administration’s proposals to fast track water deliveries through the Delta as a victory for his district. In fact, if the proposals were to succeed, all they would result in is higher demands for local water. Meanwhile, our water is threatened both by the state water grab and ongoing depletion of our aquifers.

Jeff Denham’s true colors on water have been hidden by a grandstanding appearance at the Sacramento water rally and repeated assertions about protecting “Central Valley” water. In fact, like David Bernhardt, Jeff Denham is committed to carrying water for Westlands Water District because that’s where the money is and that’s what his partners in congress want him to do. It’s that simple.