“The Postal Service is enshrined in our Constitution. It’s what brings America together; it’s the connective fabric of America.” 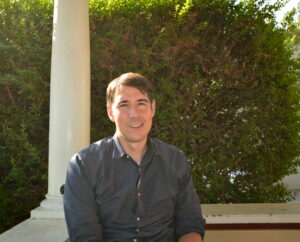 We caught Josh Harder without a mask yesterday, but we had to use a zoom lens. Harder has been wearing a face mask and practicing social distancing for months. Monday, he was outside and more than six feet from the nearest person when he took off his mask for a short break from his blistering pace as one of Congress’s most accessible members. We quickly snapped a nowadays-rare photo of the Congressman unmasked.

The people’s representative for California Congressional District 10 had just returned home for summer recess when he was called back to Washington DC. Congressional leaders have called the House back in session later this week to address the escalating crisis within the United States Post Office.

“It’s pretty simple what’s going on,” said Harder. “When you know people aren’t going to vote for you, you don’t let them vote at all. But we’re going to fix it. We’re going to shine a light on what’s going on and make sure the Trump lackey can’t keep the changes he’s made since January.”

“The Postal Service is enshrined in our Constitution. It’s what brings America together; it’s the connective fabric of America,” said the Congressman.

“Almost every vet who gets medicine from the VA gets those meds in the mail,” said Harder. “We’re going back to DC later this week to authorize $25 billion for the Postal Service and reset regulations back to January 2020. We’re going to make sure people who need their medicine get their medicine.”

Health care has been a priority since his first campaign, but it’s even more critical for Josh Harder now.

“We’ve got to make sure people are getting the care they need and the equipment they need during the pandemic,” he said. “Very early on we created the Central Valley PPE initiative. We’ve delivered 30,000 facemasks and 6,000 face shields to San Joaquin and Stanislaus Counties.

“We’ve also created a Latino Covid Task Force to help the Latino community, which has been so hard hit because they do many of the essential jobs that require close contact with others. We supported the Paycheck Protection Program. It wasn’t perfect, but it saved 70,000 jobs in our district alone.”

Harder, a native of Turlock, has direct familial connections to the problems so many people have faced during the devastation wrought by Covid-19. Because of his deep Valley roots, he has an intimate knowledge of the travail experienced by ordinary citizens during this most devastating global crisis of recent times.

“My father* has five employees; so far he’s been able to keep them, thanks to Paycheck Protection,” said Harder.

“My brother works in a grocery store. Every day he goes to work he exposes himself to a potential infection from Covid. We’re trying to get hero’s pay for essential workers — so many of them work for minimum wage and yet they’re the ones most often exposed to Covid-19.”

“We’ve got to get them help,” he said. “The outbreak in the Turlock Nursing Home where I delivered PPE started with a single person then escalated to over a hundred infections.”

Harder said that along with health care, the economy is a top priority.

“We’ve got to get people back to work. The Valley is the first to suffer and the last to recover,” he said. “We were just starting to recover from the 2008 crash when we got hit by Covid. Once we get it under control, we’ve got to rebuild our infrastructure. We’ve got to build more water storage and fix our roads.”

Harder has gotten more money for water storage projects than any of his recent predecessors in Congress. He’s especially excited about plans to almost double the capacity of Los Vaqueros Reservoir. He worked to acquire $7.84 million to add 115,000 acre feet of storage that will help both people and wildlife.

Earlier this year, he was one of only 24 members of the House of Representatives to win the Lincoln Award, an honor bestowed by the American Chamber of Commerce on members of Congress who show leadership in promoting pro-business policies.

“This will really help businesses like dairies and other farming operations that aren’t seasonal,” said Harder. “We need immigrant labor, especially in the Valley, but we often need it year round, not just at harvest time.”

Harder said essential migrant farm labor would now be protected with a program that rewards their hard work.

Voting records show Harder is one of the most bipartisan members of Congress.

“We can work together on a lot of things,” he said. “The nutria, a forty pound swamp rat, is a good example. One of my Republican colleagues in Louisiana says he can’t go outside without seeing one. The female can produce 200 offspring a year that destroy canals and ruin almond orchards. We’ve worked together to acquire funding to eradicate them.” 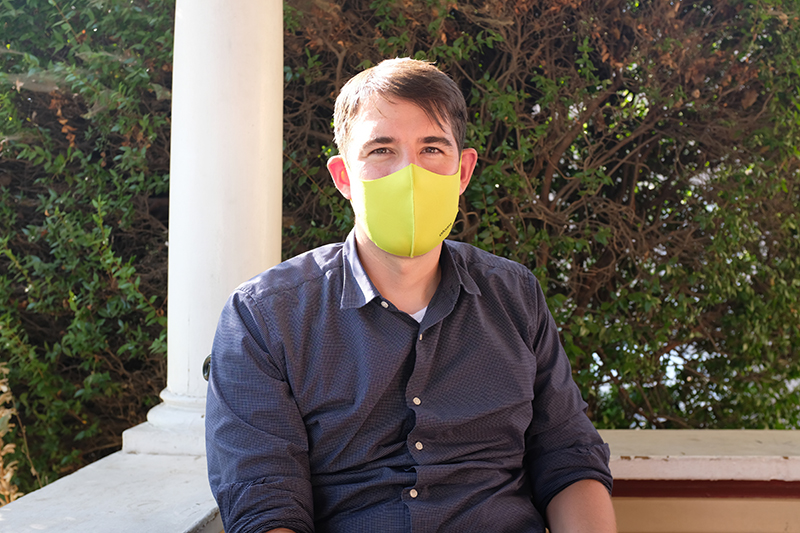 He said he didn’t want to talk about his opponent in this year’s election.

We wanted to talk more about some of his opponent’s more controversial positions — like rumors Ted Howze wants to raise the retirement age to 70 — but by that time Harder had his mask back on and was springing into motion. Being productive, proactive,  accessible, bipartisan, and business-friendly is more than a full-time job, especially for the Turlock native who seems determined to live by the principles enshrined in the words, “government of the people, by the people, and for the people.” Josh Harder was already on the move.