April 26, the Modesto Bee ran a story about an event Josh Harder held for Bay Area supporters of he and TJ Cox. One reader wrote he could see no difference between support from the Bay Area and support from Russia. That seems to be the view of many Valley citizens. If only John Flint were around to comment. Ed.

The late John Michael Flint used to say nothing could be more amusing than politics, especially local politics. “It’s the finest free entertainment you can get,” he’d say, “and the best part is they’re trying to be serious.”

Flint wasn’t around for last year’s campaign for congress in California’s District 10, but he would have loved the show. Early on, Turlock native Josh Harder, who delivered the Turlock Journal as a boy and graduated from Modesto High School, was labeled an “outsider,” presumably because he attended alien schools like Stanford and Harvard. Worst of all though, was Harder’s affiliation with a Bay Area investment firm.

Even some of Harder’s Democratic opponents in the election primary tried to demonize his Bay Area connections, but once the primary was over, Republican incumbent Jeff Denham often seemed to be campaigning against the Bay Area and Nancy Pelosi rather than against Harder.

Pelosi, the first female Speaker of the House of Representatives, represents California Congressional District 12, which is located entirely within the city of San Francisco. For many Republicans, she’s the demon-witch of the Left Coast.

Despite the many Valley sports fans loyal to Bay Area teams like the San Francisco Giants and 49ers, not to mention the Golden State Warriors, Oakland Athletics and San Jose Sharks, the Bay Area—especially San Francisco—is often viewed as some hellish union of Sodom and Gomorrah, a vast metropolis of sin spreading the contamination of degenerate lifestyles even into California’s Paradise Valley. Or at least that’s how Jeff Denham and friends would have it. 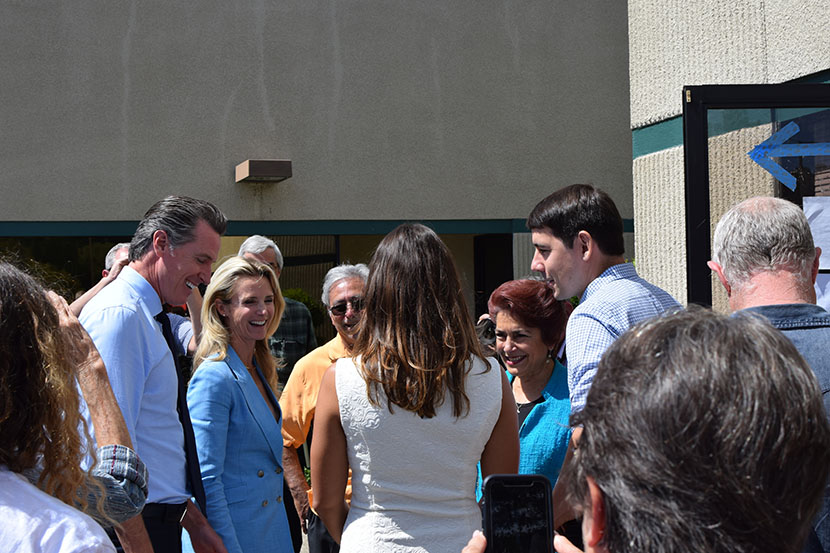 Ironically, Monterey businessman and professional politician Jeff Denham, who was born in southern California, was the true outsider in the campaign—in fact, a carpetbagger who migrated to District 10 as part of a career move. But Jeff Denham looked the part of an idealized Valley leader. Tall, blond, and rangy, he wore jeans and western boots and spoke in a slow and low voice.

Moreover, Denham was for the Valley’s movers and shakers the perfect DC representative—he did little or nothing except what he could to keep the rice and dairy subsidies coming and the tax breaks getting bigger.

Harder, at least at first glance, had that Silicon Valley look—young, smart, and techy. Whereas Jeff Denham looked like he could suit up and play defensive end in the NFL on any given Sunday, Harder looked like the kid who tended the stat sheets.

But looks can be deceiving, and early on political insiders picked up on some obvious clues that Josh Harder was much more than your run-of-the-mill nerdy numbers grinder. For one thing, Harder had money—lots of it.

Those who did their homework soon found that most of Harder’s early money did come from outside the Valley, but not just from the Bay Area; it came from all over the United States, even the East Coast. But the intriguing thing about the money was it had accumulated in multiple donations, far more than one could expect from a barely thirty-year old native of Turlock.

One had to assume that either Josh Harder had found a way to camouflage big donors by disguising them as a multitude of small donors, or he’d managed somehow to impress a great number of people with his leadership qualities and values.

As Harder gained momentum, it became clear to more and more close observers that he had committed to public service and brought with him a broad range of unusual gifts. Tracy’s Manuel Zapata, a hardened and savvy political insider, liked Harder’s quick mind and stand on health care. He endorsed him early on.

Tejano music legend Johnny Hernandez had researched Harder’s history of volunteer work and realized he was a person who cared deeply for others. He became an energetic booster.

So did Julian and Gina Bentayeb, Victoria Stewart, Julissa Ruiz Ramirez, James Nelson, Chinyere Jack and a host of other District 10 locals. Former Modesto Mayor Garrad Marsh held a fundraiser for Harder at his home and told guests that Josh Harder was the first candidate he’d ever given a maximum donation. He too was a believer.

And while Jeff Denham kept trying to make Harder’s Bay Area connections and Nancy Pelosi the central issues of his campaign, a few informed citizens were pointing out that Jeff Denham had always taken outside money. He’d taken it from donors like Berkshire Hathaway, Beverly Hill billionaire Stewart Resnick, Marathon Petroleum and Louisiana-based Edison Chouest, not to mention the Koch Brothers.

Those who bothered to check such things also noticed that among Jeff Denham’s donors in the 2018 campaign, only 1.93% were small donors, defined as those who contributed under $200. Of Harder’s many donors, 21.24% were small donors—most likely hard-working people of modest means who believed they had at last found someone who would represent them in the halls of Congress. 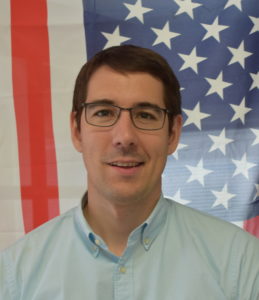 As for donations and volunteers from the Bay Area, Harder had plenty of them. The volunteers were mostly young, idealistic, and committed to an American way of life that includes equal opportunity, public education, affordable health care and justice for all.

The donors were people who believe in sharing their good fortune with the less fortunate. They believe no one should have to choose between buying prescription medication or eating. They believe in things like living wages, clean air and clean water, and they gave because they believe Josh Harder will work for such things.

And the more people back home in District 10 saw of Josh Harder, the more they liked what they saw. Once he became a winner, he began to look a lot like the kid next door from the days of Norman Rockwell and The Saturday Evening Post, the kid who went off and did well and came back home to help out friends and family.

John Flint would have been mightily amused.