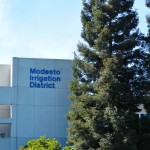 Emerson Drake’s latest revelation about the incestuous relationship between Modesto Irrigation District (MID) board member Tom Van Groningen and the Stanislaus Economic Development and Workforce Alliance (the Alliance) raises yet another red flag in the ongoing story of MID finances.

Van Groningen and now-departed MID General Manager Allen Short have tried mightily to make farm water  subsidies the big issue in MID financial affairs. The latest broadside came from Lee Delano in a recent Modesto Bee Community Column. Delano left the MID as Water Operations Division Chief in 1989. It’s crucial to note that when Delano left the MID it was fiscally robust. Today, it is deeply indebted. Not surprisingly, Delano’s version of the MID story focuses on the distant past.

Delano’s story, like all those that claim water subsidies are the MID’s major problem, is notable for what it leaves out. Those tempted to see his perspective as a complete account need only ponder once again why the MID’s internal Falling Water Memorandum emphasized that the MID had not even attempted to itemize expenses justifying the Falling Water Charge.

Should such a specific account ever appear, MID ratepayers would realize that the MID’s dire financial straits are more the result of bad management than water subsidies. In addition to spreading money around town in public relations campaigns, the MID’s ill-advised venture into Mountain House and ongoing stratospheric legal expenses have represented a steady drain of tens of millions of dollars down a black hole to nowhere.

It’s thus much to the benefit of Allen Short and Tom Van Groningen that MID ratepayers have a convenient scapegoat for escalating rates. Short is especially concerned about his image because he’s still on the MID payroll. Not only is he collecting a nice retirement income, but his position on the San Joaquin Tributaries Authority in in part subsidized by MID ratepayers.

Dr. Vance Kennedy’s recent comments about the Modesto Bee’s biased reporting on local water issues really don’t go far enough in detailing just how slanted Bee coverage has been. The Bee has been in possession of the Falling Water Charge memorandum for months. If it truly wished to inform the public, Bee management would have published the memorandum and let Bee readers decide for themselves the implications of the MID’s internal analysis.

Instead, the Bee continues to help generate a smokescreen that’s obscured what’s really been happening with ratepayers’ money. It’s also failed to inform ratepayers that they have choices when it comes to MID expenditures. Many ratepayers don’t mind subsidizing water for farmers, especially as opposed to throwing money at the Alliance, lobbyists, and PR persons. The MID story really won’t be complete until ratepayers know exactly where their money is going. Fortunately, they won’t have to wait for the Bee to tell them. Despite the attempts to keep it under wraps, the story isn’t going away.