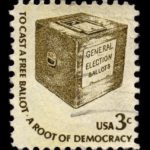 Like planets following orbits ordained by gravity, Modesto elections followed the path of conventional wisdom as the November 8 turnout was a typically low twenty-two percent, incumbents won, another family dynasty was born, and mayoral candidates faced a runoff.

Despite running in the newly-drawn District 3 for the first time, incumbent Dave Lopez prevailed over Todd Aaronson. Stephanie Burnside easily defeated scrappy challenger Jenny Kennoyer. Dave Cogdill Jr. brought yet another family tie into the political arena, joining local dynasties peopled by Berryhills, Canellas, and Bloms. And despite an impressive lead in total votes, Garrad Marsh must start all over again and try to defeat Brad Hawn not just once but twice.

Hawn is smiling like the cat that ate the canary because he figures to get the vast majority of Bill Zoslocki’s votes. Zoslocki, running hard, garnered an impressive total of over forty six-hundred ballots. Following the developer-inspired strategy of forcing a runoff, Hawn will now receive fresh infusions of money. He will also profit from the remarkable similarity between his and Zoslocki’s constituencies: “Bill and I are pretty close ideologically,” said Hawn after the election, perhaps suggesting that Zoslocki’s “no boundaries” attitude toward growth isn’t too far from Hawn’s own position.

Ideology aside, Hawn will ride the wave of voter discontent with public pensions. His advisory measures regarding pensions of public employees were wildly popular, even though it was apparent to many the measures were an unnecessary expense. Even the Modesto Bee noted that Hawn appeared to be pandering as he took advantage of an issue everyone has recognized needs attention. Even though most public employee unions are willing to compromise in the face of budget crises, politicians are all too willing to make them scapegoats for revenue problems brought on by a multitude of factors, many of them related to abuses in the marketplace.

Garrad Marsh will have to draw attention to the dire economic consequences of sprawl and to the failure of the Ridenour administration to come up with anything resembling a plan for growth. Ridenour has endorsed Hawn, as has just about every sitting member of the current city and county regime. The endorsements should be a clue that Hawn is seen as most likely to continue business as usual.

Marsh is the first candidate in decades who actually has a plan to revitalize Modesto’s downtown, protect farmland, and establish reasonable urban boundaries. He’s done the math and realized that replacing productive farmland with housing doesn’t pencil out. The houses require services and infrastructure we can’t pay for. Growing from within, on the other hand, takes advantage of extant services and infrastructure and injects dollars into downtown businesses while adding to the value of housing rather than depressing prices.

Marsh will also have to think hard about the other seventy-eight percent, those registered voters who almost never turn out for local elections. The runoff will be decided entirely by mail. Whoever can motivate people enough to drop their votes into the box may prevail, but motivating Modesto voters hasn’t proven easy in the past. Reasons for voter apathy are difficult to diagnose, but it’s hard to believe most citizens are content with Modesto’s declining quality of life. They need to be reminded that the ballot box has always been America’s ultimate weapon against the tyranny of the status quo.