Last Friday, at the Gallo Center in Modesto, six Democrats participated in a debate to help voters decide who will be the best candidate to run against Jeff Denham next November. The crowd was enthusiastic about the prospects of unseating Mr. Denham. Whether anyone in the room was aware of how difficult the task will be, at least they enjoyed the moment.

Conventional wisdom in political circles is that an incumbent office holder starts any race with a twenty percentage point advantage. Whichever Democrat wins the primary and the right to run against Congressman Denham will start 20 percentage points behind and then need to convince enough voters to change their minds to win a majority.

The incumbent usually has the starting advantage because voters prefer someone they know over an unknown candidate. Even though Jeff Denham may have voted against the interests of most people in his district, voters often fear that the challenger will be worse. Current voter anger in the district may make citizens more likely to view a challenger with an open mind; the challenger will still need to convincingly sell him or herself.

In a head to head match, Denham’s experience may give him the appearance of being more knowledgeable and competent than a challenger. Therefore, the opposition candidate must study the issues and be prepared to provide solutions to problems and be knowledgeable.

Late last year, Congressman Denham voted for a tax cut that greatly benefitted billionaires.  Logically, those who benefitted will want to make sure that Denham is re-elected so that their tax cuts are not taken away.  If the polls show that Denham is in danger of losing, billionaires will pump as much money as needed to turn the polls around.

Money is a key factor in winning elections.  With enough money, the most mediocre incumbent can defeat the most competent challenger if the challenger has insufficient funds.  Jeff Denham has an army of political experts who can stage the most negative of campaigns, distort the incumbent’s record via false and misleading advertisements, and make a highly competent challenger look like an idiot via dirty tricks such as an altered video or by using real video of moments when a candidate had a momentary lapse or was off his game.

Retired MJC Professor Richard Anderson videotaped the recent Democratic Debate and is posting it on the website of the Central Valley Democratic Club soon. Expect Denham’s campaign to thoroughly dissect the debate video and use it to run negative advertisements wherever a weakness is noted. With an unlimited budget, the advertisements will run often.

Opposition research will be extensive.  The personal and political history of the challenger will be looked at in minute detail to see if a moral failing can be exploited.  If none exists, one may be invented.

Every registered voter in Congressman Denham’s district has been sent multiple mailers asking for opinions of constituents.  They are titled “We Want to Hear from You.”  The congressman does not care what you think. The fact that he refuses to hold town hall meetings demonstrates that he really does not want to hear from you. 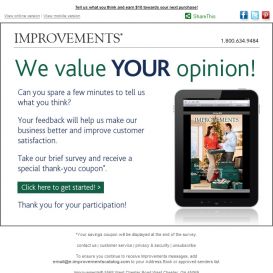 Jeff Denham is doing what it takes to win.  Voters fill out the questionnaire about their preferences. Each survey is coded so that even though you think the survey is anonymous, Denham’s campaign knows who filled it out. When the survey is received, the data is compiled and you will be sent customized campaign flyers that are designed to make you think Mr. Denham understands your preferences and will vote the way you want him to.

If Mr. Denham did not vote the way you wanted him to, his campaign staff will ignore that fact, focus on future issues, and lead you to believe that not only did he hear you, but he intends to vote like you want him to.  All he cares about is getting your vote. Once he has it, he will resume catering to those he has represented the last seven years. Unless you gave him lots of money, don’t think you are one of the chosen few that he actually wants to help.

Congressman Denham is a tall, good looking, blond man, with a light complexion, perfect teeth, a winning smile and the overall appearance of a winner. Many voters cast their choice based on appearances. Former President John F. Kennedy supposedly won election in part because Richard Nixon had a five o’clock shadow and developed sweat during a debate. My mother thought Kennedy so handsome that she would have voted for him no matter what he said during the campaign. Jeff Denham’s appearance will be a definite advantage unless he is running against someone equally attractive and very well groomed.

The Congressman voted for the billionaires’ tax cut and repeal of the Affordable Care Act, both against the interests of a large majority of his constituents. He did what was needed to retain his financial support from the wealthy class. He knows that his big campaign war chest will probably enable him to gain easy re-election and he expects the Democrats to run a poor campaign against him, as they did the previous three times.

Republicans are more likely to turn out for off-year elections. Democrats often stay home. Even though Denham’s district has slightly more Democrats than Republicans, he expects to suppress Democratic voter turnout by running a campaign so negative that  Democrats won’t support their own candidate.

Jeff Denham loves to brag that he is a conservative. Republicans are unified in the proclamation that conservatives are good and liberals are bad. All Democrats are labeled liberals.

In fact, Denham’s so-called “conservative principles” are inconsistent with those of his predecessors in the Reagan and Goldwater Eras.  For example, Jeff Denham voted in favor of a tax cut that is expected to add at least a trillion dollars to the federal deficit. No self-respecting conservative would vote to cut taxes before balancing a budget. Even though Denham isn’t a true conservative, his voters think he is one simply because he says so—conservative is the official self-bestowed Republican label.

Local Democrats have been their own worst enemy since Jeff Denham was originally elected.  The last election, when Denham was perceived as vulnerable, the Democratic Party poured money into the race and made it competitive. Candidate Michael Eggman lost because he was hampered by party dogma.

As a condition of receiving campaign funding assistance, Mr. Eggman had to recite the party line as he campaigned even though some of the issues in the party platform are unpopular in Jeff Denham’s relatively conservative district. If Mr. Eggman had been allowed to survey voters and convince them that they would be represented as opposed to him kowtowing to the Democratic leadership, he probably would have won.

Issues like abortion are not locally popular. Why bring the subject up if it is not popular in the district?  He should have been talking about the depressed local economy, about how he would bring money into the district to fix infrastructure and provide jobs. Eggman never adequately sold himself as a competent alternative.

So here we are again. Congressman Denham appears vulnerable. But he feels invincible because he has a boatload of money and an experienced campaign staff and the Democrats still have not organized. Six candidates are still competing; if they attack each other during the primary, Denham will have plenty of video footage for his negative ad campaign.

The Recipe for Victory

The six Democrats running for Jeff Denham’s seat need to quickly figure out which candidate has the best chance of beating the incumbent, BEFORE the primary. Those who poll the worst should drop out soon to unify around one strong candidate. If no front runner quickly emerges, every candidate should make a public commitment to fully support whichever Democratic wins the primary. Denham has already started to campaign in earnest; the Democrats need to move now.

After the primary or when the front runner is determined, a grassroots campaign, with every primary candidate involved, needs to talk to every voter in Jeff Denham’s district to convince them that the Democrat is worth voting for. The worse the polls for the incumbent, the more negative Denham’s campaign will be.

Democrats need to be armed with Denham’s voting record AND the locally customized campaign platform focusing on the needs of the district. Unpopular issues should be tabled. Because of absentee voting, registered Democrats need to be called before Election Day and reminded to send in their ballots.

Because of the power of TV and social media, the only thing that can overcome the Denham political machine is face to face contact via knocking on doors and talking to voters. Denham’s professional campaign staff knows every trick, every form of deception, and how to influence every voter without any personal contact. Denham’s record of wins proves it.