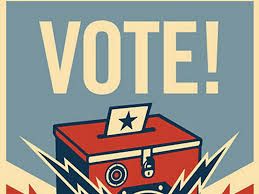 DISTRICT TWO: We like Tony Madrigal, but really think the city needs to be energized by a true grassroots progressive with a strong record for pursuing social justice. Jon Rodriguez is already on the Yosemite Community College District Board of Trustees. That’s enough to keep him busy, assuming he takes the position seriously and realizes all the problems in the community college system. That leaves Homero Mejia, who has a long and strong record of dedication to social justice. We’re going for the underdog here and recommending Homero Mejia. We think he’ll bring passion and leadership to a council sorely lacking in representation for our most neglected citizens.

DISTRICT FOUR: There’s not much real difference between candidates Tyler Ray and Bill Zoslocki, and that’s a shame, because the council needs progressive members willing to take a stand on the tough issues of homelessness, city water, and rampant crime and poverty. Zoslocki hasn’t stood for much, but Ray is an unknown and unlikely to lead the city out of the morass. Zoslocki is at least honorable and approachable. You pick ‘em.

DISTRICT FIVE: Jenny Kenoyer will be forever haunted by her finger-pointing episode, when she said, “I’m the boss of everyone…” But like Howard Dean’s famous scream, Kenoyer’s lapse has been over-hyped. Given her opponent is a libertarian kook who has called George W. Bush and his father “progressives,” Kenoyer’s the best choice by magnitudes. She was the earliest city council advocate for the homeless, and remains fully engaged in the search for solutions.

MODESTO IRRIGATION DISTRICT BOARD OF DIRECTORS: Stu Gilman is absolutely right: Modesto Irrigation District (MID) needs to stop the farm subsidies from its electric customers and present a clear accounting of just where its customers’ money goes and how it’s spent. But as much as we like Gilman’s platform, we’re leery of putting yet another candidate in office whose politics are so clearly aligned with his church. There’s a reason the Founding Fathers insisted on the separation of church and state, and our local governments are already polluted by the influence of religious zealots who would like to replace our democratic republic with a theocracy. Jake Wenger is honest, open, and approachable. We’d like to see him encourage farmers to shoulder their share of MID’s economic burdens, and he’s young enough and smart enough to see the need. Jake Wenger is our choice for MID director.

OAKDALE IRRIGATION DISTRICT BOARD OF DIRECTORS: Time to clean house in a district that has sued its own board members, has a history of secrecy and courtroom blunders, and needs to reevaluate a business plan that is no longer viable under new state guidelines for groundwater usage. OID malfeasance comprises too long a list to print here, but anyone who’s followed OID courtroom fiascos should realize just how far out of control district management really is. Don Taro and Grover Francis will bring transparency and integrity to a public agency that has become a fiefdom for a few powerful farmers at the expense and detriment of the majority of its customers. We recommend Taro and Francis for Oakdale Irrigation District Board of Directors.

MEASURE S: Yes. Libraries are one of the most important support blocks in the foundation of a free nation. Keep them open. Yes on “S.”

MEASURT T: No question the City of Modesto needs money, but a tax on marijuana sales will just encourage the black market. We’d like to see the city raise some money, but don’t see the net benefit here. No on “T.”