Michael Baldwin Senior is a Modesto Community Advocate and Paralegal. This is the final installment in a three-part series on the challenges faced by current and former incarcerated individuals in their quest to successfully reenter society. It was written in collaboration with Tom Portwood.

Just over a year ago, I had the honor of speaking at a candlelight vigil for George Floyd at the 10th Street Plaza in downtown Modesto. The people gathered together that evening were young and old, of multiple ethnicities, of untold faiths – in short, human beings from all walks of life leaving the comfort of their homes for an hour of healing in their community. It was a beautiful moment.

I am an optimistic person by nature, and I was definitely hopeful that night that – as a community – we could begin to address the systemic racism that ultimately led to George Floyd’s horrific murder, to the murders across this land of countless other innocent men and women of color. I remain hopeful to this day, especially now that I’m in the room actively open — in honest dialogue with law enforcement personnel.

While I’ve written at length in this series about the challenges formerly incarcerated individuals must overcome to succeed in society, I am now equally optimistic that an innovative program exists in own backyard that could be a game changer for the entire rehabilitation system, if improved upon and adopted by the California Department of Corrections and Rehabilitation (CDCR).  (More on this a bit later)

I mention the candlelight vigil and George Floyd — who was himself a formerly incarcerated individual — because many of the same threads of systemic racism and social injustice that led to his death also impact the formerly incarcerated as they try to rebuild their lives, and because much of my current work reminds me of the events of last summer. We still have lots of work to do.

So, yes, society helps create and maintain many of the social injustices that the formerly incarcerated encounter on a daily basis.  I can go into some communities and their lawns are well-manicured and green, their streets are clean, and the parks have new swings and playground equipment. The schools are among the best and always seem freshly painted. There’s a real vibrancy to the life you encounter there.

But then  I can go into other communities, in neighborhoods where the city doesn’t send the sweeping trucks around very often, where the grass doesn’t get cut and trees don’t get planted,  and there’s a lot of vacant, rundown buildings.  There’s a reason why that doesn’t happen in the more affluent neighborhoods, and that’s part of the social injustice, part of the reason for the sense of hopelessness that sometimes grips these other, too-often neglected communities, part of the reason why there’s more violence and drugs on the streets, and some of the reasons why so many of the formerly incarcerated living in those neighborhoods return to crime. And people wonder why the rate of recidivism is so high.

And let’s be honest with each other, people have biases against people who are formerly incarcerated, especially if they are Black or Brown. You have to have a certain level of credit, a certain amount of money, and neither of those is going to be available if you’re fresh out of prison and lack a viable support system or a concrete opportunity at employment. 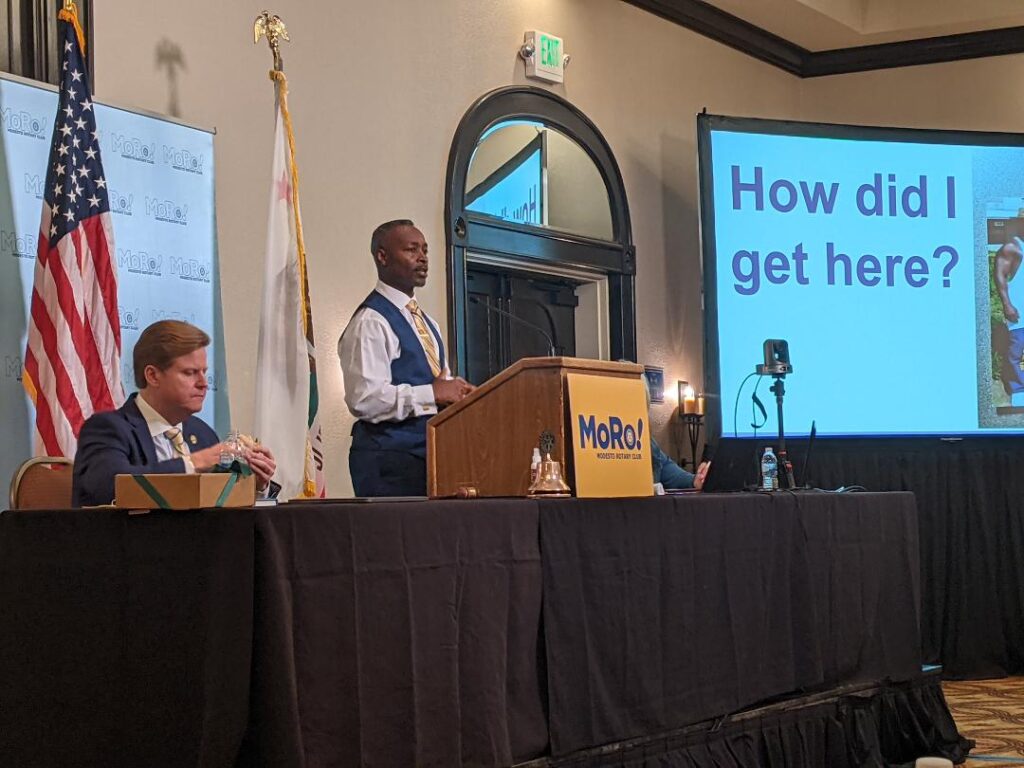 The housing market for the formerly incarcerated is a major challenge.  Sometimes you can’t get Section 8 housing if you’ve been a justice-involved individual. And if you have been convicted of drug offenses you may be unable to obtain housing subsidies. So you are on your own. If you don’t have a social support network, or haven’t enrolled in a transitional housing program, then you’re really on your own.

Obtaining viable employment is also extremely difficult for justice-involved individuals, even if they have the skills to do the job. Employers can ask in an interview about your criminal history, although the box on employment forms has been eliminated. I can tell you that many of the formerly incarcerated individuals I know will become some of the hardest working, most loyal employees you’ll ever want to meet. They just need to be given half a chance. But I can vouch for the fact that many of them will never let you down, that they’ll work their fingers to the bone to do a good job for you.

There’s a certain time when a person commits a crime that he should be separated from his community, or separated from the people that he has harmed, but there’s no justice in perpetuating that separation permanently.

I’ve spoken about this before. I believe that justice is served when you try to bridge that gap, to reconnect the incarcerated or formerly incarcerated individual with his family, with his community, so that understanding can happen.

One of the things I try to do with the people that I’m in contact with is I try to catch them before they’re released.  The question, “How am I going to survive?” becomes a constant thought, almost an obsession in the minds of so many men I know long before they leave the prison yard.

When you’re unhoused and part of the homeless community, it can become like dog-eat-dog. You’re vulnerable and the mission is to do your best not to be a victim. We shouldn’t have to make our incarcerated population or the formerly incarcerated crawl for their dignity, especially if we want to reduce recidivism. Their dignity is in our collective best interest – we want them to come out restored and productive.

The price of rehabilitation is not cheap, but the costs for society of recidivism are even greater. And the costs of rehabilitation are cheaper than incarceration. But it’s harder for people in authority to grasp the concept that they’re going to spend X amount of dollars on rehabilitating the incarcerated population, as opposed to spending that money on locking them up.

We can have any substantial impact on the rate of recidivism, we don’t even have to look very far. In fact, there’s a potentially exemplary program I am hopeful about right here in our own community:   The Stanislaus County REACT Center. 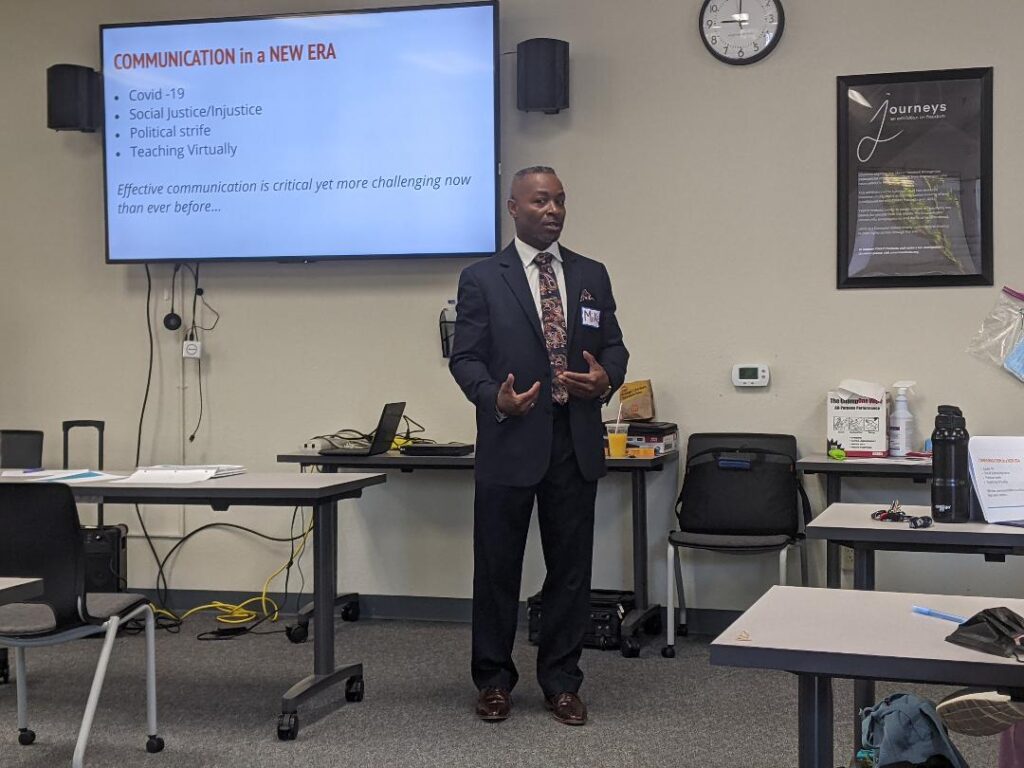 The Stanislaus County REACT Center (REACT stands for Re-Entry and Enhanced Alternatives to Custody Training) is exactly the model I wish CDCR would adopt down the line for all of its facilities.

There are definitely changes needed to make it an ideal setting for rehabilitation — and, again, those in authority must be willing not only to keep an open mind to change, but be willing as well to invest in it.  But I believe this model, once its potential is fully realized, would have an impact on the reduction of recidivism for years to come.

With the REACT Center, we’re providing a concentrated effort for those in the program to become citizen-minded before they are released. I believe that this is the space where we can do the most concentrated work to provide the type of quality rehabilitation that can lead to reduced recidivism — which also means reduced victimization.

I believe that when someone is ready to be released, he or she should have a folder in hand with the next 30 days planned ahead of time — and that that individual has been thinking about this plan for a while and receiving constructive advice from those who have been there and done that before, as well as the clinician or therapist who can help him or her dig into some of his or her psychological issues and traumas.

This intensive work must begin while these “returning community members” (incarcerated individuals) are still inside, almost like in a boot camp setting. But even while they’re involved in classes and perhaps counseling sessions, these individuals can engage with organizations and agencies in the community that are willing to help them put together a resume and possibly line them up for job interviews. All the while, they can also be slowly reestablishing ties with their families, and building confidence within themselves.

It is a multifaceted program but still in its early growing stages. If given a chance by Stanislaus County to be fully developed, I would urge the CDCR to take a close look at it. As I’ve noted before, the individuals who are incarcerated are the drivers of most of the rehabilitation work that currently occurs within prisons. But as the pandemic subsides, all of us have been given the gift of new opportunities — and this is one opportunity I hope neither Stanislaus County nor CDCR passes up. After all, we are all in this together.

As always, I’m here in the community for those who want to talk about what’s going on with them. I can be reached at Legacy Alliance Outreach, or visit my website: