One of Carmen Sabatino’s most ardent supporters once said, without a trace of irony, “He’s right a third of the time.” At another time, a hardened journalist who had covered Sabatino and Modesto for decades said, but not for attribution, “When Carmen’s right, he’s really right.”

Sabatino himself believed he was always right, and even though he wasn’t, he might have been more accurate about others than others were about him—at least when it came to battles in the political arena.

For years, the conventional wisdom among the local establishment about the man who became Modesto’s most unlikely Mayor was that he “was all about the money.” For anyone who knew him, the notion was absurd.

Sabatino’s attitude towards money was best expressed when someone asked him why he kept driving the same decades-old Chrysler LeBaron.

He lived modestly in a condominium not far from his restaurant on McHenry Avenue, but the restaurant was more his home than anywhere else. He was always there in the dark morning hours when it opened, and often until it closed, well after the dinner hour.

Those early mornings invariably included a review of the salvos, barrages, and blitzes aimed at his long list of enemies that would constitute the day’s content of his radio show or online news site, both of which had several incarnations over the years.

A perennial candidate, Sabatino finally won the mayor’s office in 1999. It was the biggest upset in local political history, brought on by a growing public perception of government corruption.

Given a platform provided by news coverage of city council meetings and announcements by the city’s nominal leader, Sabatino lashed out in all directions. Through nothing other than happenstance, his impact was magnified by two newcomers to the Modesto Bee, Joe Demma and Gale Hammons.

Because they weren’t part of Modesto’s inner circles of power, Demma and Hammons looked at the city and the county around it with eyes unclouded by carefully cultivated friendships, conflicts of interest, and membership in the region’s upper social echelons. They saw many of the same problems Sabatino saw.

Partly because of revelations by Sabatino about a plan for a mega-dump on the county’s west side, Demma wrote a series of stories about Stanislaus County’s employment of Lee Torrens, a friend and business partner of County CEO Reagan Wilson. Plans for the dump operated under public radar until Sabatino helped break the story open, and a growing outcry against the project thereafter pushed Wilson into retirement and brought about seismic changes on the county’s board of supervisors.

Assistant Editor for the Bee’s editorial pages, Hammons encouraged local Community Columnists to pursue stories that questioned the long-held consensus that county supervisors and their friends were above reproach. Given their willingness to ask hard questions about the heretofore unchallenged local power structure that included higher-ups at the Bee, it wasn’t long before Hammons and Demma had moved on. Speaking truth to power almost always has punishing consequences. 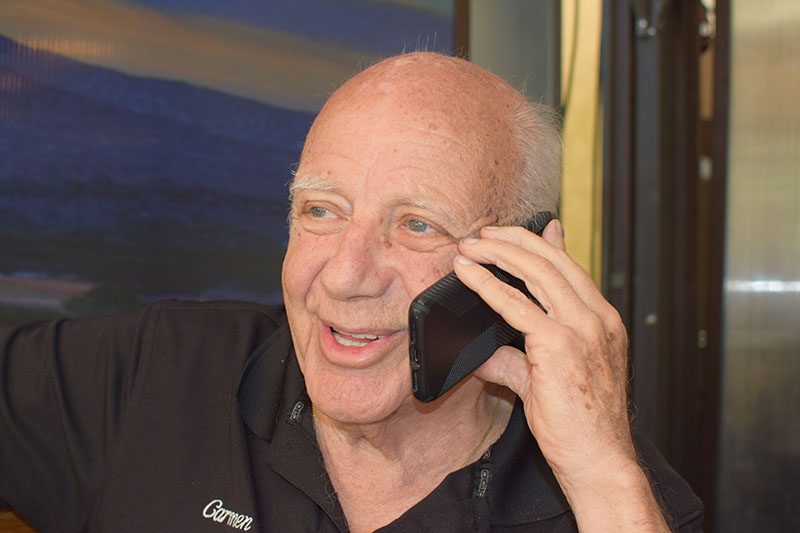 Sabatino incurred the wrath of the Bee’s top management in any number of ways, but especially when he ended the City of Modesto’s $90,000 a year deal with the Bee for discounted advertising rates. Sabatino thought the deal raised serious questions about conflicts of interest.

It was Sabatino, along with Modesto City Manager Jack Christ, who uncovered a multi-million dollar developers’ fees shortfall at Village I. Long-touted as a smart-growth project that would place Modesto in the forefront of examples for wise land use, Village I instead became a model for controversy and corruption.

Given Sabatino’s battering-ram impact on the region’s traditional citadels of power, a backlash was inevitable. It came in the form of 11 felony charges from the Stanislaus County District Attorney’s office.

The story, splashed across the front pages of the Bee, included large-scale photographs of police officers toting boxes of documents out of the mayor’s office. In retrospect, especially given evidence that turned up during his trial, the charges were part of an elaborate but flimsy frame-up.

The tipoff that the case was thinner than a gnat’s eyelash came when the DA offered to let Sabatino off with a fine of just under $5,000. Most people were stunned when the mayor chose a trial and jury instead.

In 2006, Sabatino prevailed in court with a hung jury, but his political career had been ruined. After he had lost both his campaign for reelection and his thriving downtown restaurant, many believed he was finished altogether.

But Carmen Sabatino was tougher than they thought. He was soon back in the restaurant business on McHenry Avenue, where he took over a location that had been a graveyard for two previous eateries.

The restaurant thrived, and Sabatino was a constant presence, often in back pounding away on his laptop or at a nearby table, exchanging gossip with friends. Other times he could be seen on the restaurant patio wearing headphones and a microphone as he assailed an endless list of antagonists ranging from Stanislaus County Sheriff Adam Christianson through County District Attorney Birgit Fladager and on to Mark Vasché, former Managing Editor of the Bee. His radio program generally took up the lunch hour, but could be heard most anytime by streaming. 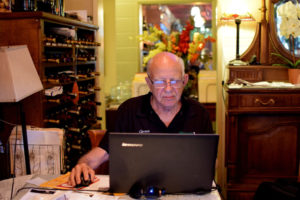 Undeterred by his long history of political losses and unfazed by a legal battle that would have intimidated most anyone into subdued silence, Sabatino resumed his nearly constant campaign for whatever office came before him. He ran for supervisor; he ran for membership on the Modesto Irrigation District Board of Directors, and he ran for mayor. In fact, until very recently, he was crowing about running for mayor at age 82, and seemed optimistic about his chances.

“They’re all no good,” he said of his opponents. “None of them’s ever done anything. I balanced four budgets and exposed more corruption than anyone before or since.”

His public presence, frequently negative and often bitter, was contradicted by the man many knew to be kind, empathetic, and generous. He had great sympathy for poor and homeless people, and comped many a meal for those who couldn’t afford one.

In 2008, when Kristin Olsen pushed the Modesto City Council into adding to penalties for dumpster diving, Sabatino deplored the decision.

A lifelong Democrat, Sabatino had friends from both political parties. He said of City Councilman Bill Conrad, a staunch Republican with whom he often disagreed, “He’s an honorable man.”

“When first on the Modesto City Council, while Carmen was Mayor, he asked me to meet him halfway. Funny, that’s how we usually ended—half the time we agreed—and I grew from becoming his friend. Mahalo Carmen!”

In a region where most critics of the local establishment cower in fear and refrain from public comment, Sabatino stood out for his willingness to take on Goliath, toss insults at the Empire, and pull back the curtain that concealed the machinations and cronyism that too often dominate local government.

Because his character was so strong, people who knew of his recent bouts with cancer and heart disease couldn’t imagine him leaving the battles he so loved to engage. Though he looked frail in recent months, any mention of retirement from business or politics got a rise out of him reminiscent of his fiery days in office.

Those with any sense of local history well know that even though he was too often scattershot and vindictive, he was also victimized and laid low by people of far less integrity. Carmen Sabatino may have left the battlefield, but the banners he placed for transparency in government still fly from Modesto’s high ground. His like won’t be seen again.