Retail stores in California have been plagued by an epidemic of shoplifting ever since the passage of Proposition 47, in 2014. The problem is especially acute the San Joaquin Valley, where police responses can be slow unless lives are in danger. Below, Bruce Frohman describes the problem and some of its effects. Ed.

Given the federal government’s proclamation that the U.S. economy is great, the number of recent retail bankruptcies is stunning. With large numbers of retail stores closing in the Valley in the past year, residents need to be concerned about the viability of the surviving stores. People need places to shop for necessities.

Stores will only remain open as long as they are profitable. Chain stores close outlets that are not profitable and independent retailers must deal with rising overhead.

Shoplifting has become a major factor in profitability for Valley stores. As the problem gets worse, profitability declines. When losses get too big, more stores will close. For security reasons, the names of the subject stores are not being provided in this article.

How Big Are The Losses?

In the last year, a retailer in Merced claims the business has had about $500,000 in losses from shoplifting, for an average loss of over $1350 per day.  How many stores can stay in business with losses that large?

The manager of a chain store said that each shop in his Valley stores averages a loss of about $8,000 per month. The loss is staggering when one considers how much merchandise has to be sold just to cover the loss.

Multiplying the losses by the number of different stores throughout the Valley, the total number of shoplifting incidents is enormous. They vary in size from the little kid sticking a pack of candy into his pocket to gangs of thieves stealing in bulk.

Sources have provided examples of how their stores have been victimized. Newspaper reports highlight the largest thefts.

The most common type of theft is the casual shoplifter. The thief enters the store to take a specific item for a specific purpose. He or she may or may not be caught. If caught, the thief might not be prosecuted depending on the value of the item taken and store policy.

The demographic of the casual shoplifter is not well defined. Some people who have adequate funds to pay for the item taken may be apprehended. In the case of the Merced store with the large losses, homeless transients have been identified as some of the culprits.

The more egregious form of shoplifting occurs when a gang of several individuals enter a store together with the intent of taking as much merchandise as they can grab in a short time. Knowing that police response times are slow in Valley communities, the gangs have become more brazen as the fear of punishment has declined over the years.

What Can Be Done?

The easiest way to stop shoplifting is to close the store and conduct all business over the internet.  As long as the shoplifting problem worsens, the long term prognosis for the survival of local brick and mortar stores is in doubt. The wholesale release of convicted criminals from state prisons may have added to the shoplifting epidemic.

Many stores have raised prices to cover losses from shoplifting. The higher prices hurt everyone, but hurt poor people the most. 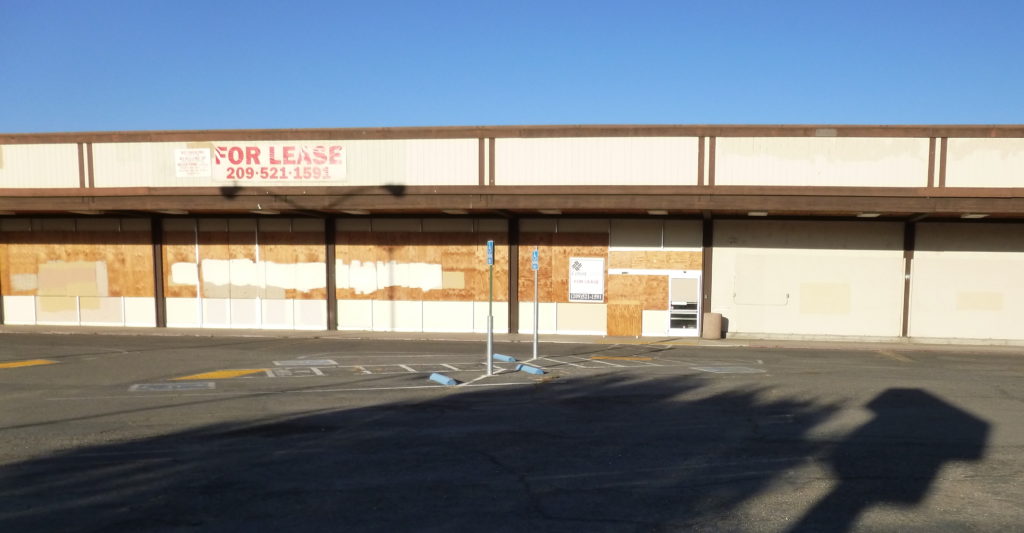 Some stores have raised their security profile by hiring guards and putting the most commonly stolen items under lock and key. Such measures also contribute to the increased cost of doing business.

Some stores have one way mirrors and many have cameras for deterrence. But even cameras are becoming less effective as brazen criminals figure that they will never be caught or prosecuted.

Store operators are resigned to the fact that Valley cities and counties will never be able to afford to add enough police staff to get control of crime. Shoplifting is an inevitable part of doing business.  When the stores can no longer turn a profit, they will close.