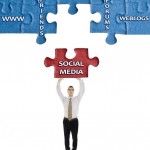 It certainly wasn’t the first time the Modesto Bee was late to the party, but it may be the first time so many Valley citizens realized it so clearly. By the time of the Bee’s editorial endorsement of the Modesto Irrigation District (MID) proposed water sale, Valley insiders were far better informed than the Bee itself.

They had gotten their news from a new wave of social media that has sprouted in the fertile soil of what had been a news wasteland notable even to the Columbia School of Journalism. The flood began with a trickle as former Modesto Mayor Carmen Sabatino began the online Voice of Modesto, then added the Morning Mayor radio show, broadcasting from the patio of his Mediterranean Market and Grill on McHenry Avenue.

The Morning Mayor began hitting its stride during the last campaign for Modesto Mayor, as every mayoral candidate made an appearance, followed by MID Board candidate Larry Byrd. Stanislaus County Supervisor Jim DeMartini became a regular, and Terry Withrow, who upset former Secretary of Agriculture Bill Lyons in another Supervisor’s race, also made an appearance. Suddenly, Sabatino’s show was must listening for those who wanted the inside story on local politics.

Then, just recently, the MID tried to sneak a “tiny” water transfer past the local citizenry. But by this time, Sabatino was not the only one watching the local political scene. There was Athens Abell, not only polished and professional but superbly well informed on local issues. Her On Watch program rivaled Sabtino’s Morning Mayor for its guest list of local politicians and luminaries. Tea Party enthusiast Brian Du Bois had begun his Conservative War Room, and former Sabatino sidekick Emerson Drake had published Eye on Modesto.

The Bee made up some of its lost ground by publishing trenchant analyses of the MID contract with San Francisco. But the columns were not by Bee reporters or staff. They were authored by Modesto businessman John Mensinger and MID Director Byrd, and published on the Bee’s OP/ED page in the “Community Column” space. Mensinger and Byrd exposed severe problems with a contract that looked very much like yet another fleecing of country locals by Imperial San Francisco. Shortly after their columns appeared, the MID postponed the water sale.

The upshot is that despite almost irreconcilable differences in political views, the new local outlets of social media are becoming wellsprings for consensus. Opposition to the water sale crossed political boundaries and united informed citizens in ways intended by our founding fathers when they guaranteed freedom of speech and freedom of the press. It’s starting to look a lot like democracy in action.