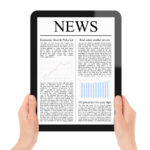 A recent report by the Columbia Journalism Review focused on news in Modesto. It is a must read, especially those sections by former Modestans, including former Modesto Junior College Professor Laura Paull. The report sparked a great deal of commentary, all of it of keen interest to Valley citizens. Our take follows.

Many Modesto Bee employees and former employees cried “foul” when the Columbia Journalism Review (CJR) released a report that claimed, “In Modesto, California, the need for news far exceeds the supply.” CJR made the claim with particular reference to the dearth of online alternatives to the Bee, but it was only natural that some at the Bee were stung by implications of the study.

“Modesto is a different universe,” Roethlisberger said. “The Bee is pretty much the only professional news organization covering the city. That’s it. In San Francisco you have the Chronicle and the Examiner and umpteen wire services. That just doesn’t happen in Modesto. There are some very good reporters there, but not too many of them.”

Roethlisberger went on to note that lack of competition can lead to complacency, even with the best reporters. More telling, he also said local journalists often, “don’t know what they don’t know.” If local journalists, “don’t know what they don’t know,” imagine the effect on local citizens. For many, the Bee is their only source of local news, and it never occurs to them to consider how much is missing from Bee coverage.

Consider two cases in point. The Valley Citizen has already published a column by the late John Michael Flint that the Bee refused to print. Bee readers never knew Flint’s take on the criminal charges that were conveniently filed just before the campaign for  Carmen Sabatino’s second term as mayor. Flint wrote the charges were of “dubious merit.” Flint also wrote a column about current mayor Jim Ridenour’s time sheets, official submissions that had Ridenour in two places at once. Flint didn’t submit that column to the Bee. Instead, he placed it anonymously on the Sabatino Report—because he knew the Bee had determined the time sheet was not news worth pursuing. It’s worth a read.

We might note also that the Bee and Mayor Ridenour seem quite disturbed about City Council member-elect John Gunderson’s putative conflicts of interest, but not concerned  about their own. Ridenour’s moonlighting with the sheriff’s department is taken for granted, and the Bee’s need for growth and advertising revenue is never an issue, despite the Bee’s cheerleading for massive development on the floodplain habitat of a then endangered species (the proposed UC site on Mapes Ranch in the late 80’s) and its failure to discover Diablo Grande’s water problems until much too late, to name just two instances when self-interest was a major factor in framing the news.

The Diablo Grande issue is particularly problematic because two local experts, Al Brizzard and Steve Burke, tried repeatedly to sound the alarm about Diablo Grande’s lack of a reliable water supply. The Bee remained an enthusiastic booster of a now deeply troubled project that is still trying to locate a sufficient source of clean water.

None of these things mean the Bee and Bee reporters are incompetent, corrupt or lax. Rather, the Bee and Bee readers suffer from the isolation that naturally occurs when a given point of view is the only game in town. And like other newspapers in the grip of journalistic tradition, the Bee’s leadership reflexively adheres to journalistic standards many journalists and scholars claim are no longer relevant or even good journalism.

CJR’s Dean Starkman, writing about Jay Rosen and other news gurus, had this to say about Rosen’s views on mainstream media:

…..few academics are more withering, and in my view, trenchant, in their critiques of mainstream media and its multiple, florid failings. In writings over the years, he has likened American press culture to a church, and a bureaucratized one, that equates mechanically playing it down the middle with finding truth, and one that takes refuge in platitudes (“if both sides are criticizing us, we must be right”). He has called the press out on its “quest for innocence,” the idea —that it just reports facts and has no stake in them, is not responsible for rendering judgment, and can’t be held responsible, in any way, for outcomes.

Bee readers will recognize one of Bee management’s favored platitudes in the list above, and should ponder local “outcomes” that include high crime rates, continuing losses of productive farmland, and our cities’ failures to provide general plans that avoid sprawl.

While many Bee employees and former employees reacted defensively to the CJR report, they needn’t have. McClatchy is a great news organization and anyone who’s been inside the Bee’s newsroom knows Bee reporters are among Modesto’s most gifted and hardest working people. At bottom, CJR’s report suggests that unless and until Modesto citizens are willing to provide a market for the kind of news people need to make informed decisions about public policy, it is inevitable they remain Bee-wildered—not because of any nefarious design, but because real news is the product of multiple viewpoints and competing interests striving for truth.