The Stanislaus County Sheriff’s Office has been sued in federal court because one of its deputies shot and killed someone. Again.

This action, filed Monday, July 19, in US Court in Fresno, stems from the shooting of 16-year-old Xander Mann. That lawsuit follows by eight days the filing of a similar action based upon the fatal shooting of Eloy Gonzalez, 41, last September.

The teenager and the homeless man were killed under different circumstances and months apart but the latest action says both killings were part of a pattern of practice or custom in the Stanislaus Sheriff’s office; a “culture” which effectively encourages the use of excessive force.

Further, the suit alleges that both the previous sheriff, Adam Christiansan, and the current one, Jeff Dirkse, have failed to curtail use of excessive force by not disciplining deputies who violated department policies, or giving “slaps on the wrist” where more serious punishment should have been meted out.

About 2 am on May 18, Xander Mann and four teenage friends were in his car when deputies tried to stop him for a traffic infraction which they have refused to specify. He sped away and refused to stop as he wound through Modesto at relatively slow speed. After a second attempt to bump his car out of control with a patrol car, Xander’s vehicle came to a stop in the same industrial park out by Modesto’s airport where Gonzalez was killed.

What happened there is very much in dispute. Attorneys for Xander’s mother, Amy Pickering of Stanislaus County and Justin Mann of Larsen County, (law Offices of Mark E. Merin of Sacramento) said in the pleading that Sheriff  Dirkse’s characterization of the events was “false” in virtually every detail.

Deputy Gerardo Zazueta, the only deputy who discharged his firearm, did not activate his body video camera and the body cameras of other deputies do not provide a clear picture of what happened. 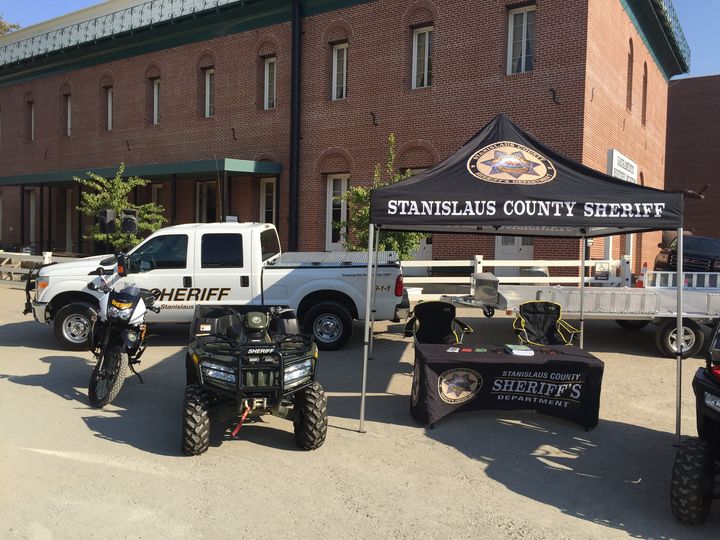 Specifically, the suit says: “Defendant Gerardo Zazueta was never in the path of the vehicle driven by Xander Mann and was never in danger of being struck by the vehicle.” (Pg. 6, lines 8-9)

The claim is that the deputy fired into a car which was known to contain “kids”, as evidenced by radio transmissions, car to car, between deputies. At least one other occupant was “grazed” on the head, the suit says, requiring 48 stitches or staples to close the wound.

In alleging the “culture permitting or encouraging (deputies’) use of unreasonable force” (Pg. 10, lines 5-6) the suit cites “use of deadly force against non-threatening persons”. (Pg. 10, line 7). It details 11 prior incidents ranging chronologically from the shooting death of Evin Yadegar in February of 2017 through that of Mr. Gonzalez last September. It includes not only shootings but beatings, suffocating restraints and deploying police dogs to cause serious injury.

Most of those cases pre-date Sheriff Dirkse but the Gonzalez and Mann cases happened on his watch. And, the law suit notes, Dirkse was in a supervisory capacity at the sheriff’s office since he became a sergeant in 2013. He was promoted to lieutenant in 2015 and has been a policy maker since becoming Sheriff in 2019.

Dirkse as the policy maker sets the tone for the future actions of his deputy, the suit contends. The same was true for his predecessor, Sheriff Christianson, who defended the actions of his deputy Justin Wall up until to his arrest for manslaughter about a year after he shot and killed a middle aged woman as she slowly drove away from the officers surrounding her car.

From public records it does not appear that deputy lost a day’s pay in the year or so until his arrest.

NEXT: Details of the dozen or more incidents where the use of force by Stanislaus sheriff’s deputies is questioned in the most current legal action.