Subsidence and socialism are two “S” words that wouldn’t seem to have much in common, especially here in the San Joaquin Valley. Nevertheless, for insiders in the Valley’s intricate water game, the words are inextricably linked.

“The single largest alteration of the earth’s surface”— consider that statement, and then think about how it happened. And remember, the San Joaquin Valley once featured the largest body of water west of the Mississippi, Tulare Lake.

It’s gone now, used up. But just over a hundred years ago, in a wet year, Tulare Lake would cover almost 700 square miles of the Valley. Under those conditions, towns like Corcoran and Stratford would have been submerged under 25 feet of water.

The water that filled Tulare Lake came from the mighty Kings River. Kings River originates in the upper southern Sierra, courses through one of the deepest gorges in North America, and then pours out into the Tulare Lake bed and the San Joaquin River. Or at least it used to.

These days, like most of our rivers, water from the Kings River gets diverted to farms long before it reaches its historic destinations. Tulare Lake is gone, long gone.

And the San Joaquin itself, the second largest river in the state after the Sacramento, was reduced to a trickle and even dried up for long stretches until litigation forced the state to increase flows for fish. The case is now under appeal.

Beginning with “Industrial Cowboys” Henry Miller and George Lux, natural resources in the San Joaquin Valley have been routinely exploited since at least the later 19th century.

Lux and Miller were San Francisco butchers who became cattle barons. The key to their ultimate dominance of the cattle industry was control of land and water in the San Joaquin Valley, and the key to that control was politics—they bought land and manipulated the political system to gain water rights.

When farmers discovered that water was all the fertile Valley soil and its Mediterranean climate needed to produce bountiful crops, they began diverting all the surface water they could to agriculture. In cases where they didn’t have access to the growing network of canals and ditches, enterprising farmers discovered they could tap into a vast underground aquifer and water their fields with what seemed to be an endless ocean of precious fresh water. They also discovered that groundwater in the eastern half of the Valley was fresher than water in the western half; water in the western half of the Valley was more saline and thus less suitable for crops.

Over time, as agriculture flourished and surface water supplies reached terminal limits, groundwater became a primary water source not only for farmers, but also for the growing towns and cities of the southern Valley. Even today, the city of Fresno relies on water pumped from the ground for most of its water supply. 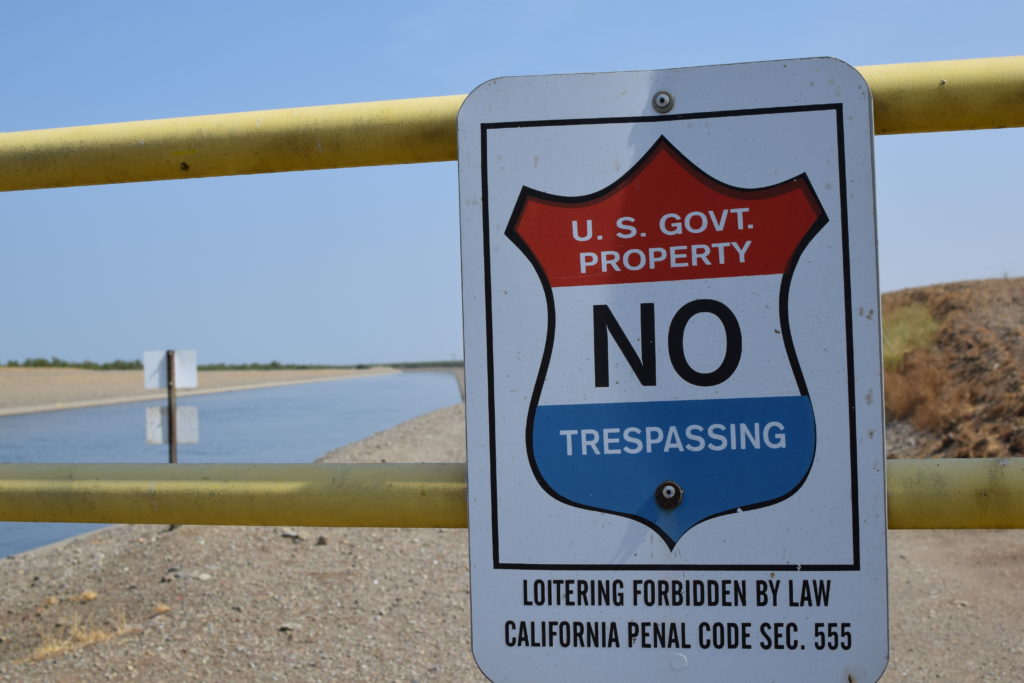 The consequences have been severe. By 2015, sections of the Valley which had already subsided as much as 28 feet since the 1920s were sinking two feet a year. As the ground sunk beneath them, the reduced capacity of gravity-fed canals threatened a major crisis, and even roads and bridges were affected.

Some of the worst subsidence was near the town of Corcoran, Valley headquarters for the J. G. Boswell Corporation, a cotton and tomato empire with holdings estimated at 150,000 acres. Even at that figure, Boswell isn’t the largest landowner in the southern San Joaquin Valley. That honor goes to Stewart Resnick, who farms 15 million trees (mostly pistachios), owns approximately 180,000 acres, and is the single largest water user in the United States.

Whereas the typical image of the farmer features a deeply tanned and rugged individual manning his tractor, the Boswells and Resnicks hardly fit the profile. They are corporate businesspeople, epitomes of what people mean by “Big Ag.” Their prime headquarters are in Los Angeles, where they have their typical corporate teams of tax attorneys and accountants paid to find ways to avoid costs, especially in the form of taxes. As one of America’s fortunate billionaires, Mr. Resnick just received another tax cut, courtesy of the Trump administration.

But taxes are what pay for the dams, canals, roads, and bridges that provide the infrastructure that makes farming possible. And when that infrastructure fails as the result of overpumping groundwater, taxes repair it. 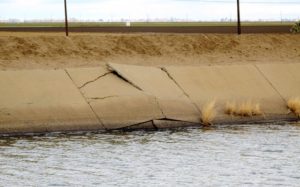 In late February, Senator Melissa Hurtado and a bipartisan group of Valley legislators introduced Senate Bill 559, which would appropriate $400 million from California’s general fund to repair a twenty mile segment of the Friant-Kern canal, which runs from Friant Dam to Bakersfield.

In a just economy, one might be entitled to think those who ruin public resources should have the responsibility of paying for the damage, but that’s not how things work in the southern San Joaquin Valley, where the biggest profit takers have always followed one of the lesser-known but most powerful axioms of corporate wisdom: “Socialize the costs, privatize the profits.”

Thus, the principal owners of Big Ag, who avoid both income and corporate taxes, and who don’t pay sales tax on farm equipment, also manage to avoid responsibility for damage done to public resources through the routine operation of their businesses.

In most cases, these are the very same people who sponsor messages about the economic harms from government regulation and the dark evils of socialism. It’s almost as if they’ve devised a near-perfect way to game the system. Almost.