Inside Modesto’s Beth Shalom Temple there was standing room only; another dozen people stood in the foyer. At the podium, a guest spokesman for the Islam religion said, “Why are we so afraid of difference when our Creator created us different?” The Imam spoke also of the close bonds between his church and the synagogue.

In the audience, Christian, Jew, Muslim—all the colors of the American religious rainbow—listened silently. Some wept.

Outside the temple, two Modesto Police Officers chatted quietly. One mentioned that he never thought he’d be standing guard at a place of worship.

It was impossible to avoid thinking what it means when people in a purported free country are wantonly slain while worshipping. Even more sobering is the knowledge that some synagogues routinely have armed guards on duty, especially during high holy days.

But the American people need to consider the significance when armed Nazis march in the streets and white supremacists, Ku Klux Klan members and swastika-sporting skinheads openly carry torches and weapons while chanting, “Jews will not replace us.”

America—the “City on a Hill”—has always struggled to turn away the demons of hate, racism, religious extremism, and crackpot nationalism. But today the darkness is upon us again, and too many have gone silent. 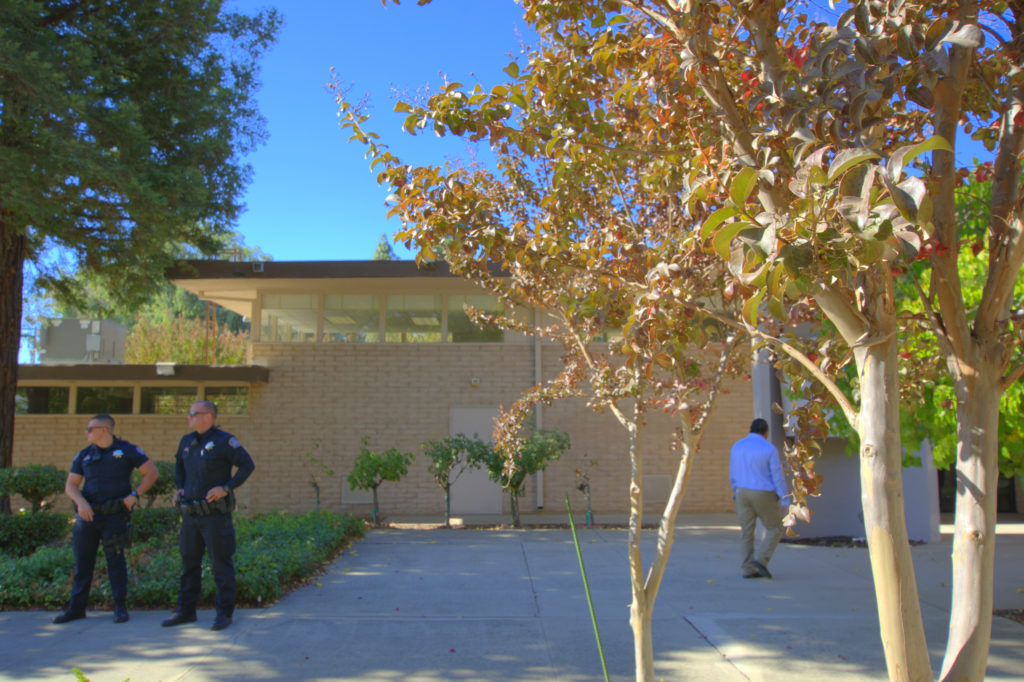 The greatest chapters in American history were written by those who honored liberty, equality, and the brotherhood of all mankind. From the very beginning of the nation’s history, unity has been the cornerstone of our values, beginning with George Washington, who warned in his Farewell Address of those who would divide us.

Washington said of unity that we should,

“…cherish a cordial, habitual, and immovable attachment to it; accustoming yourselves to think and speak of it as of the palladium of your political safety and prosperity; watching for its preservation with jealous anxiety; discountenancing whatever may suggest even a suspicion that it can in any event be abandoned; and indignantly frowning upon the first dawning of every attempt to alienate any portion of our country from the rest, or to enfeeble the sacred ties which now link together the various parts.”

The original motto for the nation, “E Pluribus Unum,” was adopted by an Act of Congress in 1782. Meaning, “Out of Many, One,” it was always imperfect in application, but there were also always those who strove to turn the ideal into a reality, including Abraham Lincoln, who promised at Gettysburg that, “this nation, under God, shall have a new birth of freedom.”

That “new birth of freedom” has proved to be an ongoing task, but we have always had brave Americans willing to pick up Lincoln’s banner and carry it forward. Sunday, it was an Imam speaking in a Jewish synagogue who asked, “How are we allowing the overwhelming minority to speak louder than the rest of us?”

And it was Riverbank’s Virginia Madueno who said afterward, “Today we were one… If only we could keep this up past today’s vigil and outside the walls of the synagogue. It should be something we should all strive to do.”

Henceforward, we honor the heroes and leaders who acted so resolutely to animate our American ideals of liberty and justice for all. It is our mission to turn away the darkness.