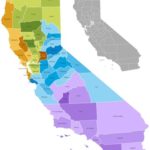 News Item: A Ballot Initiative is circulating to break California into six states. The Great Valley would become part of a mostly rural landlocked state which would include the Central Sierras. If California were broken up into six different states, the Law of Unintended Consequences would figure prominently in our future. The Valley would lose a lot of the benefits from being a part of a great state, but would keep most of […]