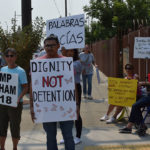 “When he was asked about hate, the elephant in the room was the president,” said Modesto resident Ken Schroeder after Congressman Jeff Denham’s appearance at the Red Event Center in downtown Modesto on Tuesday. The event was sponsored by the Latino Community Roundtable. And even though the president’s name rarely came up during Denham’s question-and- answer session, Donald Trump’s policies hovered like a dark shadow over the entire program. In […]

Most people who drive frequently have experienced that chilling sensation when an eighteen-wheeler starts drifting over the lane markers and looms like a moving mountain above them. Fortunately, the truck driver usually corrects the drift—often after some frantic honking of the horn and wild gesturing from a panicked commuter. Drifting trucks are most likely the result of driver fatigue. Truck drivers these days are notorious for long hauls and short […] 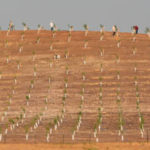 Rising concerns about a glut in the almond market were confirmed by the Wall Street Journal in “U.S. Farmers are Reeling from Chinese Tariffs.” The article cites the Almond Board of California, and says the board is expecting a record crop when the  harvesting of some varieties begins in about two weeks. Coupled with the supply increase is the throttling back of demand in China because of steep tariffs, triggering a […] 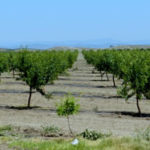 Read more of Steve Ringhoff’s fine work here. A glut is typically defined as the point at which supply exceeds demand. It’s not that simple, of course, since demand may be cyclical even when supply is consistent. And, a glut can result when supply ramps up past consistent or throttled back demand. Storage can smooth out a cycle but that means the producer isn’t paid until well after the time […] 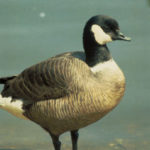 Jeff Denham has a lot of explaining to do. Once again on his biennial campaign tour, Denham’s latest reelection gambit features Secretary of Interior Ryan Zinke. Secretary Zinke is supposedly helping Congressman Denham work against state requirements for increased flows along our rivers, the so-called, “water grab.” Denham obviously wants to show he has tremendous clout in Washington D.C., but some of his work with fellow Republicans back east isn’t […]

Former Modesto City Councilman Bruce Frohman followed Jeff Denham’s long political career well before he won at the federal level and ever since. Although Jeff Denham has not been a good Congressman, he’s a masterful propagandist. He’s even got a billboard praising his failed effort to help promote DACA (Deferred Action for Childhood Arrivals); that’s real chutzpah. He did not express support for DACA until the law expired and his […]

Why would a Beverly Hills billionaire donate big money to a congressman whose district is over two-hundred miles away from the billionaire’s business holdings? Because water flows uphill toward money and power, that’s why. Though he lives in a Beverly Hills mansion sometimes known as “Versailles II,” Stewart Resnick’s biggest land holdings are in Kern County and comprise some 180,000 acres, mostly  in pistachios. According to Mark Arax, “His 15 […]

Every two years, Congressman Jeff Denham leaves his Virginia home and shows up in California to run his immigration shell and pea game. In the shell and pea game, the object is to follow the pea while it’s supposedly concealed under a shell. The scam is that the operator of the game hides the pea in his hand and only places it under a shell after a player has pointed […] 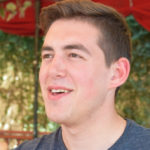 Michael Gofman and Matthew Wigler might seem an unlikely pair in today’s world of tribal politics, but the Republican Student Body President from UC Davis and Democrat student government senator at Stanford are working together to study seven of California’s so-called “purple” districts—congressional districts that voted for Hillary Clinton for president but also voted for a Republican congressional representative. Though they might differ on issues and answers, both Gofman and […]