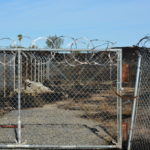 News Item:  On Friday May 16, a brush fire within the toxic waste piles of Modesto’s 132 Freeway right-of-way spread out of control during a late afternoon wind storm, gutting four homes adjacent to property maintained by the California Department of Transportation (Caltrans). The vegetation around and on the toxic waste piles caught fire. The preliminary report says the blaze originated with an illegal open pit fire.   Toxic Waste Piles […] 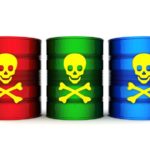 Over the Labor Day weekend, a brush fire burned vegetation in the future 132 freeway right of way. The specific location was on the top of one of the mounds containing toxic waste. According to an agreement between Caltrans and the California Department of Toxic Substance Control (DTSC), Caltrans is to maintain vegetation on the mounds in order to reduce runoff from the toxic waste piles. Until new vegetation is planted, the brush fire has put Caltrans out […]