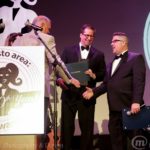 Biden vows to raise pay for federal firefighters ahead of extreme heat this season
His promise comes as a potentially devastating wildfire season kicks off.

Retail workers are quitting at record rates for higher-paying work: ‘My life isn’t worth a dead-end job’
The retail industry faces a reckoning as workers quit at record rates: “These were never good jobs.”
www.washingtonpost.com

Corporate Subsidy Quietly Dies in Texas, Topping Off Bad Week for Big Oil
The end of the property tax exemption came as one of a series of blows heralding new public pushback against fossil fuels.
theintercept.com